Sign in or Sign up
The essential site for residential agents
Home » News » Agencies & People » Man on a Mishon! Renowned SE England agent re-joins the firm he helped establish
previous next
Agencies & People

One of the best-known agents in the South of England has returned to the company he helped found in 1992 some 17 years after he left to set up a rival.

Mark Welton (above, right) helped establish Mishon Mackay with founders Glenn Mishon and Alex Mackay (above, left) and together they grew the business from a single branch in Hove into an eight-office agency with 64 staff.

He then left in 2006 to set up his own agency, Mishon Welton, which he ran for ten years before working briefly as a consultant for two agencies in Brighton.

Welton has now re-joined the Mishon Mackay team as a consultant and will be working across the agency’s network of branches.

“I’m truly delighted to be spending the next chapter of my career with Mishon Mackay, back where it all began,” says Welton.

“I have always been committed to putting my clients and customers first and still believe that listening to the needs of clients is key to success.

“Alex and Glenn taught me so much when I set out on this career path and I can’t wait to get stuck back in working alongside a fantastic team that have earnt an enviable reputation across Sussex.”

Alex Mishon, says:“Mark’s expertise in the Sussex property market is second to none and I know he will bolster our team and add huge value to our clients.

“It is fantastic to be able to welcome Mark back to the team some 15 years later and I look forward to working with him over the coming years.” 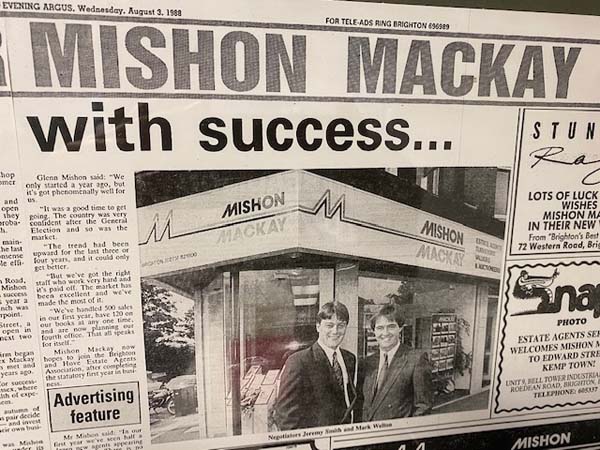