The Property Franchise Group (TPFG) has announced that its designate CEO Gareth Samples has been officially confirmed as its new boss and will join its board permanently on Thursday.

Samples was announced as its designate CEO in February after previous CEO Ian Wilson announced that he was to retire.

Samples ran Your Move’s franchising operation for many years but left in 2012 to pursue other business interests which included investing in marketing platform BriefYourMarket.

Since joining TPFG Samples has been working alongside current CEO Ian Wilson, communicating with franchisees, participating in the recent final results investor roadshow and critically, forming strategy on the business’ response to the impact of COVID-19.

“We reiterate our delight that Gareth has joined the Group at this critical time and look forward to the benefit of his leadership as CEO through what will be a changed landscape as a result of COVID-19,” says Richard Martin, TPFG’s Non-Executive Chairman.

“We have obstacles to overcome but also potentially some new opportunities to seize to return value to all stakeholders.

“On behalf of the Board of Directors I extend my deep gratitude and respect for Ian’s 16 years of dedicated and expert leadership at what for the last six years has been TPFG.

“The Board is extraordinarily grateful to Ian for his stewardship. TPFG has fulfilled the vision of its founders, its mission of bringing uniformity and influencing raised standards across the agency sector, much of this driven by the shrewd commercial acumen of our retiring CEO. We wish Ian a very healthy, happy and long retirement.” 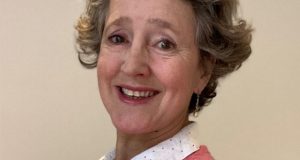