Despite the tax benefits of a car allowance, many young negotiators will opt for a company car, even if it’s branded, rather than the endure the hassle of buying, insuring, taxing and servicing their own.

“There was a time when it was more tax efficient to have a company car and there were a lot more around in the estate agency world so many candidates chose jobs based on which car they got,” says Lynn Cannell of recruitment firm LCA Recruitment.

“But now the most common question is whether the car they are going to get will be branded or not. So many agent cars are wrapped or branded now but the negotiators aren’t keen on them.

“But as they move into more senior positions they’re more interested in how large the company car allowance is.”

Agents are rapidly adopting branded or wrapped cars as a ‘free’ way to market their businesses, a trend started by Foxtons in London – as reported in the previous issue of The Negotiator – that’s now spreading all over the UK. And that means that the car fleet remains a feature of any medium size or large agency, for example, Barnard Marcus, part of the Connells Group, with a 40-branch network, has replaced its entire fleet with branded BMWs including both Minis and One Series models.

The increased visibility of Barnard Marcus, through these new cars, benefits clients and employees.

The new fleet was brought together at Sandown Park Racecourse in Surrey and, by agency standards, are subtly branded with just the Barnard Marcus logo on the sides and back. The cars were sourced from Northamptonshire dealer Woollaston.

“The increased visibility of Barnard Marcus through these new cars will be a huge benefit to our vendors, buyers, landlords and tenants, and will build upon our already strong presence in the London market,” says Barnard Marcus’ Divisional Managing Director Paul Kenny. “This also represents our gratitude to our employees. Fantastic rewards like this help us to show our appreciation, and to attract and retain the best in the business.”

The supplier is also delighted. “The supply of so many BMW and Mini vehicles to a single customer on the same day is something which we are immensely proud of,” says David Glover, Head of Business at Wollaston BMW & Mini.

The agents’ decision though is also about how the cars are financed. As leasing, rather than owning, has become more widespread, so young agents have been less able to ask their employers for a certain type of car and Lynn Cannell says for around two years now job applicants have stopped asking what sort of car is on offer.

So now that the contract hire/leasing companies are king of the road, we’ve been doing some research among to find out which cars are the most popular with our readers. Can you guess?

The ubiquitous Mini became cool in the sixties and even more cool when Harold Radford Coachbuilders started creating luxury versions for those who could afford them, to use when the Bentley
was a tad too large. Now it is the estate agent’s favourite runabout. Foxtons and Countrywide run large fleets while hundreds of independent agents use them too.  They are popular because the Mini remains a cheeky but upmarket marque that impresses clients whether they are first-time renters or mansion millionaires.

More practically speaking, Minis are ideally shaped and sized for dashing between viewings in today’s traffic clogged streets, and are easy to park and cheap to run. Some agent chains are now going for the Clubman, which has more room and boot storage. 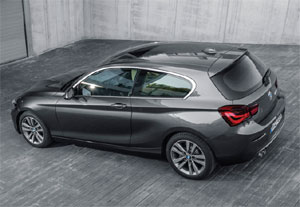 This is is the second most popular car among agents because it’s got the all-important BMW branding but costs a lot less to buy or lease than others in the Beemer stable. By contrast, the BMW 3
Series starts at £25,000 to buy or at £305 on contract hire.  e One series has its ups and downs, though. It may be fun to drive (even in the most basic 1.6 diesel version), have plenty of gadgetry inside and be cheap to run (for a BMW) but it’s a bit cramped for passengers and some people don’t like the lack of visibility at the back when parking. 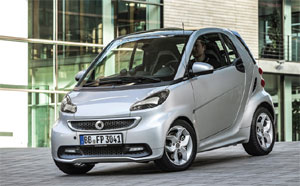 The Smart has been a favourite for some time now with urban agents because it’s incredibly cheap to run, good around town and can be parked in spaces other cars won’t squeeze into. Like the Mini, Smart cars are perceived by clients and staff as funky but upmarket. The original version had its critics. Flimsy, with a clunky gearbox, it was slow and wobbly at high speeds. But the latest model has tried to solve these problems with a better gearbox, punchier engine and a more solid construction. 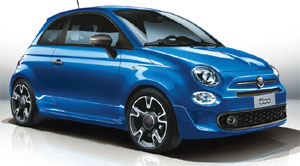 Like the Smart, the Fiat 500 is small and nimble around town. Funky retro styling and pizzazz attracts agents who desire a bit of Italian sophistication outside their branches. But it is certainly an affair of the heart. There are better-built, more solid cars available if styling isn’t a concern. Also, the popular 1.2 litre petrol version is sluggish and needs to be gunned to be nippy. But agents love its light steering and lively interiors – which can be too much in the mornings if you’re a bit bleary eyed.

The Citroen’s C3’s popularity may not be down to negotiator demand, but rather both its low price (for the basic 1.0 litre and 1.2 litre, no-frills versions) and low contract hire costs. It’s classed as a supermini but a very conventional one compared to the BMW Mini or Fiat 500. The latest model is funkier than its predecessor, which had an air of accountancy, not fast-paced sales, about it. But the new model has been criticised by some for its poor handling and lack of cabin gadgetry. 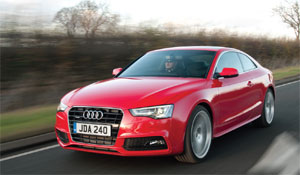 This car appeals more to independent agents who want to use their business to pay for a large, upmarket family car that will also impress clients. If you buy one it A5 will hold its value extremely well, which means they also attract good rates for Personal Contract Purchase deals. And the A5’s impressive C02 emissions means it in a lower company car tax bracket than its dirtier in-class rivals. Other attractions include Audi’s near-legendary build quality and the luxury interior. 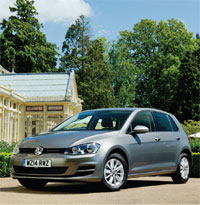 The Golf should be the most popular car that agents choose to drive. It’s a design classic, is hugely popular and drooled over by anyone who want a statement hatchback. The ride is superb, the build quality excellent and it’s roomy inside and holds its value. The big problem, though, is the price and for its size is the most expensive both to buy or lease – so you have to think that the extra cash is worth the brand kudos for your agency. 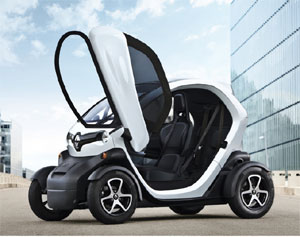 The Renault Twizy looks like a Dalek relaxing on holiday but nevertheless it is one sure-fire way to shout about your company’s green credentials. It’s a plug-in, electric, one-seat run-around. Even the green-sceptic reviewers at Top Gear called it “genius.” The car is the cheapest four-wheeler in the UK but doors are optional, so don’t leave your sales presenter iPad under the dashboard, and wrap up warm in winter. It’s fast, light and eye-catching and can be parked nose-to-kerb like a Smart – so ideal for an urban agency with most of its properties nearby and in a low-crime neck of the woods, ideally somewhere sunny like the South of France.

THE CHOICE IS YOURS

The choice, of course, is yours, what do you drive and why did you choose it? Does it do what it said on the tin? Most telling of all, would you recommend it?
Tell The Negotiator: [email protected]

*For all these figures, what you pay depends on where and from whom you source the vehicles from and the level of maintenance/servicing, annual mileage in the deal. 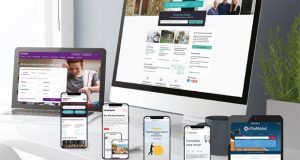 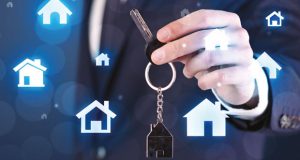 How to unlock the landlords