Proposed minimum NVQ qualification for industry could take years to become a reality particularly if there is a snap election this year.

ARLA Propertymark has confirmed that the introduction of a minimum qualifications standard for estate agents is unlikely to see the light of day until 2023 at the earliest and possibly not until the mid-2020s, according to Chief Executive David Cox.

The proposals from the Regulation of Property Agents (RoPA) working group published last month would see a minimum Level 3 NVQ ‘A level’ standard applied across the industry for back and front-end office staff.

But Cox says much has to be achieved before any legislation goes live including at least one consultation, the framing of draft legislation and the parliamentary approval process.

“And that’s assuming we don’t have a general election getting in the way,” he says.

“Nevertheless, I would encourage agents to start planning.”

RoPA’s proposals have been applauded by the managing director of the industry’s best-known recruitment firm, Anthony Hesse (left) of Property Personnel, who says it will help attract a higher calibre of job applicant to the sector.

“As well as higher standards across the industry as a whole, the added bonus is that we are more likely to attract the quality of applicant who sees a qualification as recognition of their skills,” he says.

“Sadly, in the past, it’s precisely those highly talented individuals who haven’t even given estate agency a second thought.

“We may be several years away from these regulations coming into place, but surely it makes sense that estate agents are subject to the same scrutiny as in other sectors, where employees must be adequately qualified before being allowed to deal with members of the public.” 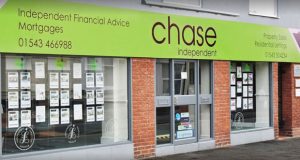