My time at the top 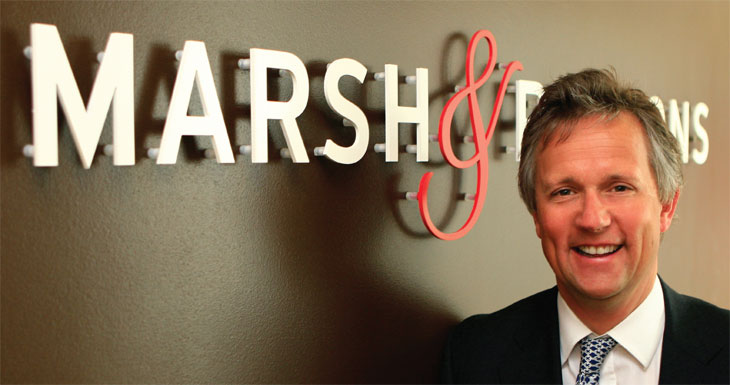 Peter Rollings looks like a man who is enjoying not being a CEO. Gone are the 5.45am starts from his Sussex home, which, he says he is much relieved are over, also gone are the smart suits. Sitting in front of me is a man in a green cardigan, a pair of arty looking black-rimmed glasses on his nose and cheque for £5.8 million in the post. In March this year it was announced that he was leaving Marsh & Parsons after 17 years at the company, which he bought with the help of Irish property company Sherry FitzGerald. Peter is walking away with the first payment due next month and several million more to follow after a two-year period as brand ambassador for the company.

Peter’s career didn’t start so glamorously. He first worked at Chelsea Farmer’s Market for a fishmonger, getting up early and gutting 200 trout before delivering them by motorbike around London’s restaurants.

Jon Hunt changed the market. A forward thinker he predicted, 20 years ago, that the portals would eat the estate agents. That is now, potentially, coming to pass.

“The job had its perks including a company motorbike and a flat in Upper Addison Gardens,” he says. “Then one day I was walking through the market and I got talking to an old guy there and he showed me a job advert.

“It was working at Lane Fox’s Mayfair office on North Audley Street selling country houses for £4,250 a year – and I got it.

“I was the only guy in the department who hadn’t been to Eton but it was a lovely, happy, comfortable but slightly unreal existence and it lasted three years, during which learned the ropes.”

Then in 1985 he moved to Foxtons after a friend of his, who played squash with Jon Hunt, recommended Peter and got him an interview.

“He was eight years older than me and he was very direct, but we got on well and that continued right through to my final two years at Foxtons, when we really didn’t see eye to eye on the people side of the business,” says Peter. “It was a shame really.”

Peter’s first job was at the company’s Fulham office, the first in the UK to introduce Foxtons’ now infamous 0% commission deal.

At the time there were only 20 people in the company and Peter says it was an extraordinary time if rather tiring. Foxtons competed with its rival agents not only with low fees but also with long hours. Its branches opened at 9am and closed at 9pm, seven days a week, much to the horror of its competitors.

“Jon changed the market entirely and he was a forward thinker; he could see things way in the future that have come to fruition,” says Peter.

“For example, 20 years ago he predicted that the portals would eat the estate agents and that is, potentially, coming to pass.”

Foxtons then just survived the 1989-93 recession because, Peter says, the company embraced lettings in a way others hadn’t. “It’s only since the latest recession that most other agents have become smart about lettings as a cash cow to hedge against downturns,” he says.

“It got Marsh & Parsons through the latest financial crash because, having learned the lesson at Foxtons, one of the very first things I did when I bought the company was to invest heavily in lettings and build that operation aggressively.” 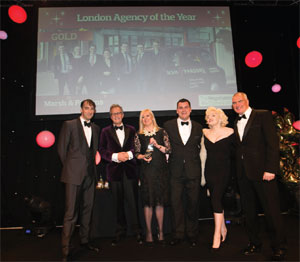 Then, back in 1997, Peter became Managing Director at Foxtons but, it seems, he was unprepared for the promotion.

“One Friday I was running the South Kensington office and then on the Monday I was in charge of ten offices and didn’t know what the hell I was doing – I mean really – not a bloody clue. But Jon was my mentor and I learned on the job by watching him,” he says.

“Ever since then I’ve said to myself ‘what would Jon have done?’ when making a decision. I then do what I think he would have done if the decision’s a commercial one, or the exact opposite if it’s a people one.

“Whatever anyone says about him, he was extraordinary. He’s very focused and doesn’t have time for small talk so that’s why I was the face of Foxtons and went around the offices pushing people on and creating teams.

“Team building is my thing and I’m able to spot good people and get rid of those who aren’t. That’s the key to success in any business; if you put up with people because you like them it doesn’t work.”

Talking to Peter you get the impression that the highly competitive culture Foxtons is famous for emanated in part from him, despite his soft edges.

For example, he says people don’t want to work alongside others who they think shouldn’t be there and therefore if people are drifting then the quicker a business gets them out, the better for everybody concerned.

But it worked and Peter says he is proud of his time at Foxtons because it changed the market in a big way – from how branches are fitted out to the way vehicle fleets are operated.

But does Peter think Foxtons’ success could be repeated now? “During the eighties and nineties there was far less competition than today and the volumes were incredible,” he says. “I remember during the mid-1990s how our Islington branch had 700 properties for sale and 500 to let and we had up to 50 negotiators. Now you’d be lucky to have 30 or 40 properties for sale.”

In 2005 Peter left Foxtons and bought Marsh & Parsons. He says it all started the year before when he went to Australia to talk at a conference.

Sitting in the audience was Mark Fitzgerald the owner of Irish multi branch agency Sherry Fitzgerald and son of Gareth Fitzgerald, the former Taoiseach of Ireland.

“Mark was a larger than life character and at the conference he said ‘we should do something’ and so we did,” Peter says.

“I had identified Marsh and Parsons as a brilliant brand so we bought it. It was wonderful coming into a business that was genuinely admired and liked.

“At Foxtons you don’t expect to be liked and we weren’t and they probably still aren’t.”

Peter’s aim at his new acquisition was to have the effectiveness of Foxtons but retain the likeability of Marsh & Parsons.

“At Foxtons it was easier to achieve success because it was mostly stick and very little carrot,” he says. “But at Marsh & Parsons it was harder because the approach had to be a balance.”

One subject that clearly animates Peter is the growing online-only agent sector. He says he is baffled by their business models which he thinks in the long term won’t make any money and therefore aren’t’ worth pursuing.

“For agents like eMoov I think it’s ‘emperor’s new clothes’ time,” he says. “Yes, they are going to do some deals and get a proportion of the market – say between five and six per cent – but when they complete those deals they won’t make any money.

“They say it’s all about scale but it’s a market that doesn’t have scale or volume. They’ll have to sell conveyancing and finance aggressively to make a margin. But I can’t see how they are going to do that.”

I’m baffled by the online agents’ business model. PurpleBricks is the only one with a chance, but even then, a valuation of £350m – what? I mean, really?

For example, he says, while the Foxtons’ margin is 31 per cent, Marsh & Parsons’ is 23 per cent and Hamptons’ is 18 per cent – the online-only agents, because of their low fees, must be operating in single figures and that this is only viable if you have scale.

“I think PurpleBricks is the only which has a chance of succeeding but even then the valuation of £350 million recently – what?! I mean, really? Someone is making a punt on something they don’t really understand, in my view.”

Peter is also candid about the other digital hot potato at the moment, OnTheMarket. Foxtons has opted to keep their properties off the portal and Marsh & Parsons also wasn’t on it, partly because LSL, which now owns the company, is also a Zoopla investor.

“I wish OnTheMarket well but we used to have two really impressive portals but now there’s just one, even more powerful one – Rightmove,” he says.

Peter says he thinks Rightmove has just raced away from the rest because “if I’m looking for property now I only go to Rightmove and I don’t bother with Zoopla or OnTheMarket because Rightmove has the whole market,” he says.

“Zoopla was the lovely challenger brand but although OnTheMarket was launched for the right reasons – to prevent a duopoly – all it’s done is create a monopoly, which is very sad.”

For the first year as a brand ambassador for Marsh & Parsons Peter says he’s going to take it easy, and then see what happens. But he’s clearly not a man who’s in any way a spent force.

“I still get bored incredibly quickly and still have a huge amount of energy,” he says. “The thought of getting fat and playing golf just freaks me out.

“Property is what I do. So once I’m free to do it I think there are loads of companies out there that could be injected with a bit more adrenalin and that’s something I could help out with. I love building businesses; I really get off on it.” 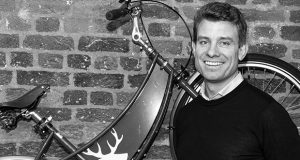