Sign in or Sign up
The essential site for residential agents
Home » News » Housing Market » Leasehold houses scandal: thousands are trapped as many struggle to find buyers, says NAEA
previous next
Regulation & Law

New report into the leasehold selling scandal reveals shocking impact on owners, two thirds of whom feel they were mis-sold their homes.

The National Association of Estate Agents has revealed the shocking impact of the leasehold house scandal for thousands of ‘trapped’ owners and is calling for the government to ban their sale unless for legitimate purposes.

It is also calling for new legislation to prevent ground rents from being unfairly increased and make it easier for owners to buy their freeholds and remove many other restrictive clauses within houses sold via leaseholds.

NAEA Propertymark says a third of those trying to sell leasehold houses are struggling to find buyers because they don’t own the freehold and that two-thirds feel they were mis-sold the properties.

Also, half of them didn’t realise they were buying a leasehold house at the time of purchase and 93% of those interviewed would not buy a leasehold property again. More than 1,000 property owners were interviewed for the NAEA’s report, which is launched today and called Leasehold: A Life Sentence.

It reveals that 78% of those interviewed bought their house direct from its developer and that 65% used the builders’ recommended solicitor. Shockingly, 15% of these buyers were not aware that they didn’t own the freehold.

The report also reveals a stunning level of ignorance among many buyers about the nature of the property they were purchasing.
Nearly half didn’t realise their house was leasehold before it was too late and nearly 60% didn’t understand the difference between leasehold and freehold ownership until after the purchase.

Owners have also faced significant costs after moving in, the NAEA says. Because they are leaseholders, many have been charged fees to make changes to their properties including £1,422 to install double glazing, £887 to change kitchen units and £689 to change the flooring.

“Those who buy a newbuild are often under the impression that buying something brand new means it will be perfect, but unfortunately that isn’t the case and most buyers have no idea about the trappings of a leasehold contract until it’s too late,” says Mark Hayward, NAEA Propertymark’s Chief Executive(left).

“In June, the Secretary of State for Housing, James Brokenshire, announced that housing developers would no longer be able to use new Government funding schemes for unjustified new leasehold house sales.

“This is good news for future homeowners, particularly first-time buyers who accounted for 50 per cent of leasehold house sales over the last 10 years; they typically have less bargaining power in the market so often opt for newbuild sales directly from developers. However, the challenge now is looking at what can be done to help those stuck in leases.”

Katrine Sporle, The Property Ombudsman says: “The findings today are stark and this scandal is one that needs to be sorted. New build homes are not currently covered by an Ombudsman which means many consumers who feel like they were mis-sold, or are facing issues, have nowhere to go to seek redress. With the Government currently looking to strengthen consumer redress in the industry, we urge them to include new homes in order to provide a better housing market for all.” 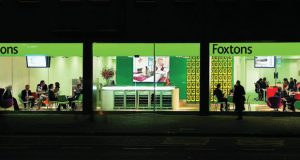 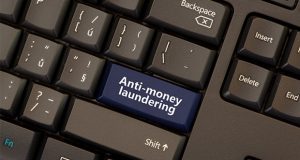