Sign in or Sign up
The essential site for residential agents
Home » Features » Proptech founder interview: Giles and Sam of Homesearch
previous next
Proptech 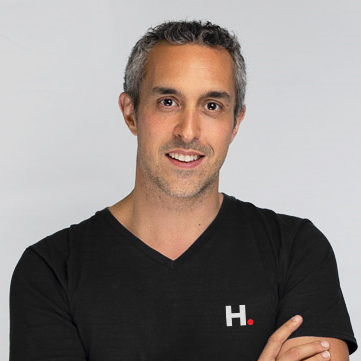 “I quit my job, sold my car, sold everything I had,” Giles Ellwood says. “After two years working for property developers, mainly selling off-plan out of the back of a cramped site office, I had an idea I wanted to pursue.”

The idea was to set up a local magazine publishing company. This was 2004, a time where print media still generated vast amounts of advertising revenue.

In three years, the business grew rapidly, with sixty staff, three offices and revenue of over £3 million (soon climbing to £7 million).

The company specialised in lifestyle magazines, but the publications were 50% lifestyle and 50% property.

“All our readers wanted was property”, Giles says. “What’s on the market, what it’s worth, and how it compares to their own home? These were the questions on every reader’s mind.”

It was, therefore, an easy decision for agents to advertise within the pages.

“We’ve been using data to help agents across the entire country long before Homesearch was created,” he says.

Things evolved rapidly and almost as a by-product of their publishing activity, Giles and his team cultivated an address database, one so comprehensive that agents started saying, forget the magazine, can we just use your database to deliver our own marketing materials?

And so Address Intelligence, the once-parent company of Homesearch, was born.

For the last five years, the business has been producing a significant percentage of new market appraisals, numbers reaching into the thousands, for some of the nation’s biggest real estate brands.

It also planted a seed which would, after Giles is introduced to eventual Homesearch co-founder, Sam Hunter, fully bloom into Homesearch. 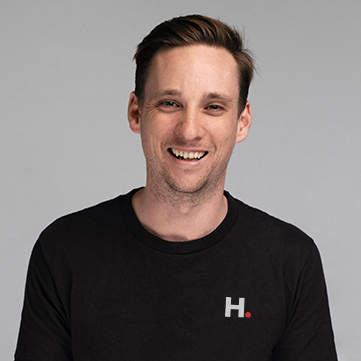 Sam’s Journey: Because there was clearly a better way

Sam Hunter, an Australian now living in London, dreamt of becoming a sports agent, managing the reputation of the world’s greatest athletes. But, as most agents do, he fell into property.

It started when his mum sold her house. The agent who ‘helped’ her was so vulgar that it changed the course of Sam’s life forever.

“Growing up, it was always just me and my mum, so when I saw how this agent, who I would politely describe as a bully, treated her, I was appalled.

“I thought, this guy’s just made a lot of money despite treating Mum so poorly, I could do better than that.”

It was a moment of property epiphany. Sam became an agent in his local city of Brisbane, working his way up before, in 2015, embarking on a world tour with his now wife, eventually settling in London. Once again he became an agent, this time in Little Venice, an area of town he was unfamiliar with.

When he asked for market insight, his colleagues pointed to a drawer containing books with all the records of past sales and lettings for that branch alone. Sam realised this was only of limited use.

“It dawned on me pretty quickly that, if you were to build a database where agents can understand everything about their property market, it would save people like me all of this frustration and time.”

Sam thought about his new idea a lot and, in a move parallel to his eventual partner’s, quit his job.

By chance, Sam told a friend about his desire to make a database of all properties to give agents the essential information they need in order to deliver great service. The friend told Sam that he should talk to his boss, Giles, who was doing something very similar on the marketing side for a large client base, including Knight Frank and Savills.

Sam and Giles did meet, and legend has it they conceived Homesearch over a three-hour period which was meant to see Sam interviewing for a job with Address Intelligence. For any kids reading, that’s how you ace an interview.

The year was 2017, and the pair guessed it would take them six-months to get up and running. It took until the start of 2019, mostly due to the huge inaccuracies in most of the open data sources.

In their opening week, 107 agents interacted with the site. By the end of the year, and the company’s beta period, 4,300 agents from around 1,400 companies were actively using the system. At the start of 2020, Homesearch monetised. Conversions were going well, all was going to plan, and then the Covid-19 pandemic struck.

Expecting the worst, the reverse happened. Homesearch became even more widely adopted, and in a second, unprompted, development, many agents who had become dis-enfranchised with the existing property portals and had formed large Facebook action groups started to champion Homesearch, pushing hundreds of clients their way.

These agents started encouraging Homesearch to take advantage of its new brand exposure, explaining that portal fatigue was real. You should build a public-facing platform straight away, they said.

Sam and Giles acted on the advice and, utilising their extraordinary work ethic of the past few years, pushed to build a public-facing version of Homesearch in weeks rather than months. And so it was that they created a property platform for every single home in the nation.