Both hybrid/online agents were challenged over misleading claims made on their websites about standard fees and potential savings. 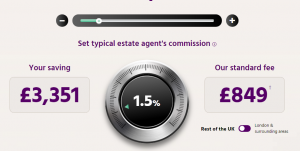 Two of the UK’s largest online agents have been reported to the Advertising Standards Authority (ASA) about misleading claims on their websites.

The first is Purplebricks, its 11th referral since it started up in 2015. A complainant challenged whether the way the company provides information about its standard fee of £849 was misleading.

An icon is positioned next to text saying “our standard fee £849” which, when hovered over, pops up with the text: “This is our standard fee for everywhere outside of London and surrounding areas, where we charge £1199 inc VAT. Around 40% of our customers pay us a fixed fee of £300 to cover ALL viewings”.

The complainant understood that the average fee was therefore likely to be higher than £849 and challenged whether this was misleading.

The ASA says it agreed, saying that “we noted that it was only when a user hovered over the icon that information about the additional cost for the viewing service became visible”.

“We approached the advertiser with our concerns and they agreed to amend their website.”

Instead, the Purplebricks site now says “viewing service is optional £300” on the main page, rather than as a pop-up. 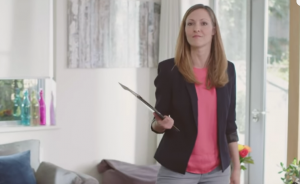 The second online agent referred to the ASA is OpenRent, which claims to be the largest lettings agents in the UK by listings volume.

Two people complained about a video featured on its website during which the claim was made that “with OpenRent you have access to sites such as Rightmove, Zoopla, Gumtree and more, so your advert will be seen by literally [sic] millions of potential tenants”.

The video also claimed that landlords made an average saving of £3,118 when using the site.

After being approached by the ASA, OpenRent agreed to remove the “millions of potential tenants” claim, and amend or remove the ‘savings’ claim. OpenRent appears to have taken the latter option.

‘CMA will not block our bid for Countrywide’ says confident Connells