Purplebricks allows homeowners to sell their properties for a flat fee from £665 plus VAT. 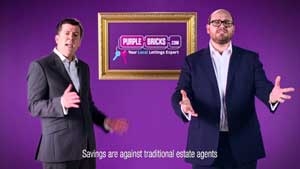 It looks as though Christmas may come early for Purplebricks after it was announced that the firm’s float on the stock market this month could value the online estate agent at as much as £240 million.

The company, which launched in April 2014, is backed by some heavyweight investors, including prominent Fund Manager Neil Woodford Paul Pindar, the retired Chief Executive of outsourcing group Capita, and Errol Damelin, the Founder of payday lender Wonga.

Purplebricks, which has swiftly established itself as the number one online estate agency, has now raised £58 million from selling shares to institutional investors. The company is now expected to start trading on Aim, London’s junior market, on 17th December.

Purplebricks charges a flat fee of £665 plus VAT for a sale in the UK, rising to £965 plus VAT in prime London postcodes. There are some additional charges for a premium service.

It is understood that the online business wants to use the money raised in the IPO to increase its presence nationwide with a view to winning greater market share.

The rapid growth of the online estate agency sector is forcing many traditional high street agents to improve their service levels and reduce their fees, according to Alex Gosling (left) of competitor online player HouseSimple.com.

He said, “As soon as the public learns about this way of selling and letting, they are keen to try it. Anyone you talk to will agree that high street agents are overpriced.”

“High street estate agents have a lot of work to do to make up ground. Poor service levels need to be improved alongside offering more competitive fees,” Gosling added.

Meanwhile, Foxtons has dropped out of the FTSE 250 index as they paid the price for lackluster performance in the prime London housing market.

The change is part of a reshuffle that happens every three months, as the London Stock Exchange refashions its list of Britain’s top companies.