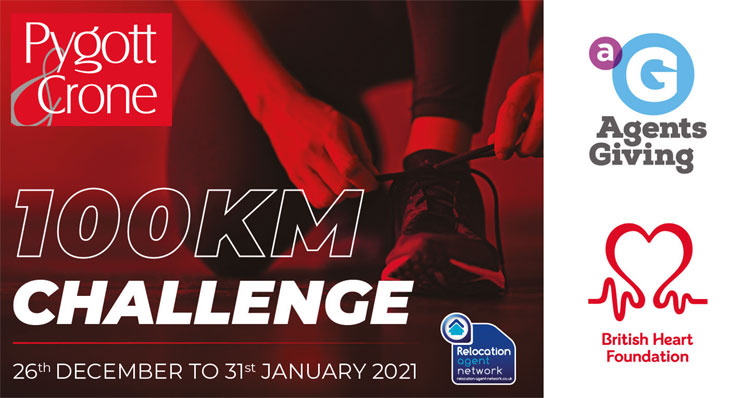 Estate agents across the UK are being asked to take part in a property industry fundraiser to run or walk 100 kilometres between Boxing Day and the end of January and raise at least £10,000 for the British Heart Foundation.

Over 130 agents are already involved. Organisations taking part in the fundraiser so far include Dawsons, Newton Fallowell, Iamproperty, Reapit, Brief Your Market, and Moneypenny.

The Christmas charity appeal is being organised by estate agency Pygott & Crone in Lincolnshire.

Agents can join its dedicated JustGiving page and promote the challenge on social media via the hashtag #BHF100k. There is also a growing club on the Strava fitness tracker app where agents can share their progress through the challenge. The inspiration for the challenge came from Jamie Aspland, manager of the agency’s Sleaford branch, together with Gary Burr, Agents GIving’s local fundraising manager.

Pygott & Crone director Kevin Scrupps said, “We have had an amazing response so far from our staff, local businesses, and our friends in Lincolnshire; the support from our industry and associated suppliers has been amazing,” he says.

Instructions on how to join the challenge, can be found here