‘Race for space’ goes on

The lockdown-driven trend to find more living space helped fuel the housing boom during the pandemic – but it's not over says survey of brokers.

Almost three-quarters of brokers operating in the specialist lending space think the “race for space” is not over, according to a poll undertaken by short-term property finance lender TAB.

While 23 per cent of brokers said the race for space was either “definitely” or “probably” over, 69 per cent said it was not. Eight per cent of the brokers polled weren’t sure. 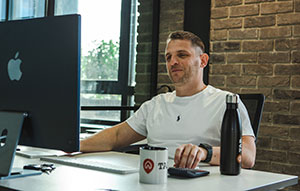 Duncan Kreeger (right), founder and CEO of TAB, said, “In late 2020 and early 2021, the pandemic started driving a ‘race for space’, boosting outlying suburbs. City-centre residential rents fell as tenants moved into suburbs. In the last quarter of 2020, flats in London were taking 20 per cent longer to rent than they had before the pandemic – while the time taken to rent houses in the capital fell by over ten per cent.

Then, in the first three months of 2021, home movers flush with housing equity left first-time buyers trailing as the drivers of the UK housing market, as the race for space led to a switch in the long-term balance of demand.

“I didn’t expect that to last until now. A year down the line and brokers are telling us this trend is still dominating the market. The move to home working during the pandemic loosened ties to the office and emerging hybrid working conditions are making distant suburban and more rural living more possible. Buyers with savings are targeting bigger properties with more outdoor space.”

The TAB survey also cites a Work From Home survey by recruiter Randstad UK, which found the following:

When workers were asked what they missed about office life when they were working from home, a quarter said “drinks with mates and flirting with colleagues” (25%), and a seventh “the commute and time on my own” (15%). Roughly one in twelve said “being away from my spouse or family” (8%). But 52% said “nothing” according to a survey of 3,052 workers conducted by recruiter Randstad UK earlier in March.

The Randstad survey also reflected the increasing popularity of hybrid working – working in the office and remotely – which offers workers “the best of both worlds”, according to those polled. Almost three in every five (59%) said hybrid working offers the best of both worlds, while only one in twenty-five (4%) said it offered the worst of both worlds (the rest weren’t sure).
Offices are still comparatively under occupied – despite the end of restrictions in England. During February, offices were on average less than 25%  full, compared with average levels pre-pandemic of between 55 and 60%.