Ajay Jagota, owner of insurance-based deposits scheme Dlighted, says "it doesn't have to be like this". 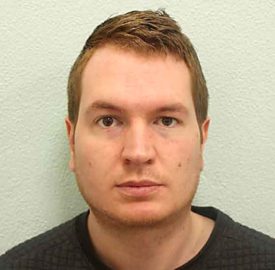 Fraudster on the run: James Bennett

Rental deposits protection campaigner and insurance-based scheme operator Ajay Jagota (picture,below) has claimed that £926,000 in deposits has been stolen from tenants during 2017.

The figure, which only shows the tip of the iceberg because it only reports reported cases, reveals that 25 landlords and letting agents were convicted this year of stealing various amounts ranging from a few hundred to, in one case, £130,000.

The most common way deposits are taken illegally is through simple scams – people posing as landlords or letting agents and then taking deposits for fake properties or homes they haven’t been instructed to market or have the authority to rent out.

A good example of this is James Bennett, who was sentenced to six years in prison last week after conning at least 17 people in South London out of £10,000 in total using this method.

Bennett, who failed to appear in court and is now on the run, used listings on SpareRoom.com to advertise rooms to rent in Brixton, Walworth, Clapham, Elephant & Castle and Tooting despite not having permission to do so.

In each case he was staying at the property but, prior to being evicted, advertised the rooms to rent, pretend to be the landlord, and then took deposits from desperate renters looking for places to rent at £725 a time.

Unlike other deposit fraudsters, Bennett made no attempt to hide who he was and provided his passport as proof of identity when issuing rental contracts.

Despite his obvious guilt, Bennett pleaded not guilty but then failed to attend court on December 11th. Anyone spotting him should call DS Adam Clifton at Southwark CID on 07747 765719.