Sign in or Sign up
The essential site for residential agents
Home » Features » Safety in numbers – is it worth joining a franchise?
previous next
Products & Services

Safety in numbers – is it worth joining a franchise?

In a challenging market it can be tough being independent, says Joanne Christie, so could joining a franchise be your key to success? 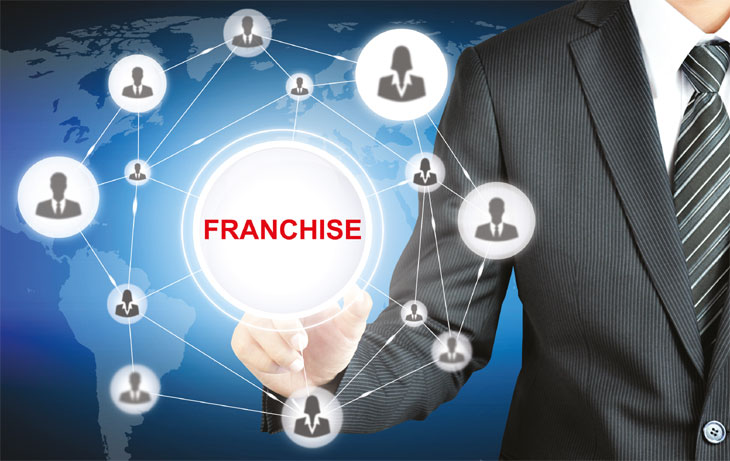 This year has been challenging for the residential property business, with the sales market stalled in many areas, government policy impacting landlords and a letting fee ban looming large. This is leading some to reassess their business strategy and one option is becoming increasingly attractive to independent agents – joining a franchise.

For independents there’s the threat from online agents, the lettings fee ban… costs are rising particularly portal fees – we offer a good discount on those.

“We are getting more and more enquiries coming through on a weekly basis now and at any one time we would have a pipeline of 30 or so businesses that we are talking to,” says Andrew Bushell, Franchise Director at Hunters. “There is a lot of uncertainty in the market. For independent agents there is still a threat from the online agents, whether they are taking market share or squeezing fees. Costs are constantly rising, particularly portal costs, and we offer a good discount in terms of our ability to purchase space on the portals. There is also the tenant fee ban, which is going to be upon on us at some point not too far off. For lots of businesses that can be quite a big percentage of their lettings turnover and so they might be considering a move into sales and that’s something we can help with.”

James Campbell, of Winkworth’s new franchising team, says sometimes agents are simply looking for help to grow. “They may be at a crossroads within their business and looking for the next step or stage in their business development and we are able to support them with all of the support services that we have centrally.

We’ve really grown our central services so we have a fantastic marketing team and a client services team for building business for our offices. James Campbell, Winkworth.

“We’ve really grown our central services so we have a fantastic marketing team and within that team we have in-house PR, branding, graphic design and general marketing. We also have a client services team who look after driving market appraisals and building business for our offices, we have our corporate relocation team, we have our international China desk, we have an IT support team, we have a country homes team and we have a Winkworth academy with a humungous number of courses available.”

For many small agents, all this support in services vital to their business undoubtedly sounds tempting. But it goes without saying that it comes at a cost.

Franchisees are typically split into two categories: ‘cold starts’ and ‘conversions’. As the former group begin their business from scratch, the costs are considerably higher than those switching over from being an independent agent to a franchisee.

Estimating the cost of a cold start is like guessing the length of a piece of string – as with any start-up the cost will vary hugely depending on location, but Campbell guides that initial funding of about £100,000 to £200,000 would be needed to get a Winkworth franchise up and running, while Bushell says a Hunters franchisee should budget for about £120,000 – outside London. “That will take them from nothing to a positive cash flow. It won’t take them to profit but it will take them to positive cash flow,” he says.

At Winkworth, Campbell says, “We would hope that they would be making a profit as soon as possible and in reality they should be at least be breaking even by the close of play of year two.”

Once up and running, and a more important consideration for converting agents, ongoing fees are required by the franchisor. Typically, they take a percentage of the franchisee’s revenue in return for all the central services and marketing provided. Franchisees should expect to pay about 10 per cent of their turnover, at Hunters, for example, the fee is eight per cent, with an additional two per cent for the central marketing fund.

WILL IT BE WORTH IT?

Established agents considering converting are understandably likely to have some concerns about giving up 10 per cent of their revenues, but franchisors argue the business uplift will offset this.

“Conversion businesses that have joined us have, on average, increased their turnover by 41 per cent, which is something we are very proud of as we know all the things the franchise offers are coming together and uplifting income for the incoming franchisees,” says Bushell.

Caroline Wilson, a new franchisee who converted her Westbury business from Wilsons Residential to Hunters in June this year and has just opened a second franchise in Trowbridge, describes her decision to join a franchise as the “best business decision I’ve made so far” and says portal cost savings alone have almost offset the franchise fee.

“Even so far in the four months the actual franchise fee that we pay has definitely been balanced in favour by the business we’ve now got. The impact of the Hunters brand has been that it has given us a lot of interest from parties that may not have been interested in us before.

Neil Barnes, director of two Winkworth branches, one in Cheam and one in Worcester Park, says he joined the business five years ago partly to win more profitable instructions. He was a franchisee of Countrywide but it was looking to divest its franchising business ahead of its floatation. “At the time it wouldn’t have been particularly difficult to branch out on our own but we decided ultimately not to for a number of reasons. One was that we were particularly attracted to the Winkworth brand because of its profile within the industry and the profile that it has amongst the market, in particular it is mid to upper market and it has a very large network in London.

“We knew from our experience of working here for 10 or 11 years that the majority of the buyers we were dealing with were moving out from London. The fact that Winkworth was offering us the ability to tap into a much bigger London network was ultimately what persuaded us.

“We’ve been instructed on properties worth four million pounds that we definitely would not have been invited out on under the Countrywide brand and one assumes probably not under our own steam either. You are paying a substantial amount of your income through to the franchisor but if they are enabling you through their brand and their marketing to generate substantially more income in the first place then it is not something that ultimately is a problem.”

If you’re thinking about joining a franchise, it’s important to do detailed due diligence. First and foremost, you’ll want to check which franchise/s might be available in your preferred territory and whether or not any are a good fit – franchisors reject the majority of initial enquiries from potential franchisees so it’s important to put your best foot forward from the start.

It’s also vital you consider more than just the headline numbers. As well as taking a percentage of your revenue, some franchises charge licence fees and one-off fees for converting agents, as well as ancillary fees for certain services. Although a percentage here or there may not sound a lot, it can certainly add up over a year.

Wilson says she looked at three franchises altogether before choosing Hunter’s. “I considered two other franchises and the reason I chose Hunters was that I liked their belief in customer service.

“Another thing that also stood out was that if we decided at any point in the first few years that being part of the franchise wasn’t for us, we had an option to end the contract – with another franchise I looked at there wasn’t an option to do that.”

It’s also important to check territories of operation and rules for how neighbouring franchisees interact with each other’s business, which varies from franchise to franchise. It’s a big decision to give up your brand and join forces with someone else’s, but if you get it right it seems the reward may well justify the risk.

We’ve all aware of the big recruitment drives of Purplebricks et al, with their promises of huge earnings and flexible lifestyles. But many agents considering going out on their own are sceptical about the true potential due to their low fee structure. For anyone interested in franchising but without the capital for premises, EweMove may be a viable option. Its business model is traditional in the sense it is commission-based, but non-traditional in that it encourages franchisees against having shopfronts.

He says it can also do away with one of the biggest business costs — staff. “The beauty of the EweMove model is if you want to work it on your own and not recruit staff then you can do that and that is very attractive to some people. Our operations support sits behind the franchisees so that they can spend their time dealing with the customers on the ground and the technology and the support we have behind the scenes allows them to do so without the need to recruit admin staff locally.”