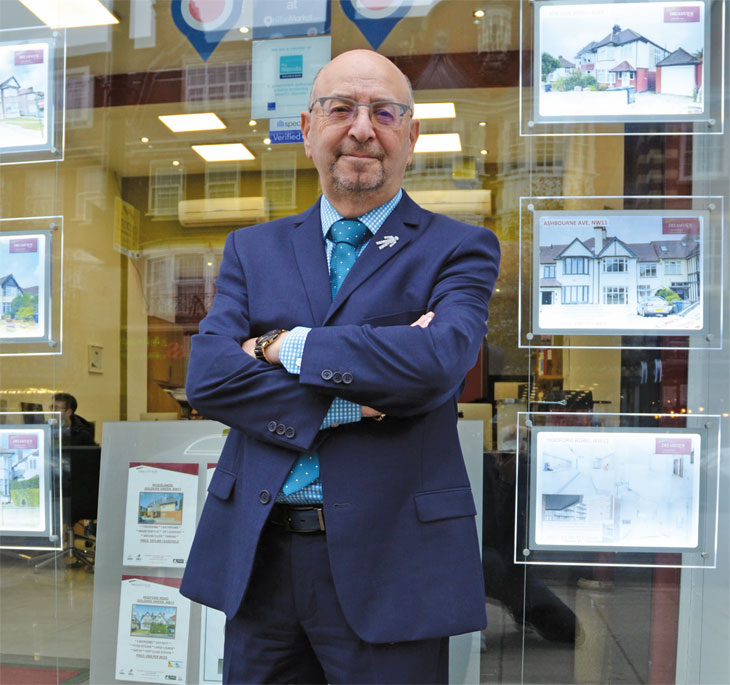 Murray Lee is an avowedly traditional, old-school estate agent who has enjoyed a long career selling homes by working his network, doing joint commission deals and getting his name out there. This has helped him do business with many of the industry’s well-known agents, including Gary Hersham of Beauchamp Estates and Trevor Abrahmsohn of Glentree.

But despite his love of the traditional network, you will also find him all over Facebook, WhatsApp and several email discussion groups.

He uses these not so much to sell homes, although he does plenty of that through his North London estate agency Dreamview Estates, but to dragoon fellow estate agents into the #SayNoToRightmove movement.

Known as the Godfather of Golders Green for his long career as a sales agent in the area, Lee is well known in the industry for his self-confessed Rottweiler approach to getting deals done. “Many think I’m a dinosaur in the way I work especially my willingness to do joint agency agreements, which my competitors don’t see as valuable,” he says. “But I put myself out there and I’m honest and I’m trustworthy. If someone gives me a telephone number for a client, I won’t canvas it; I’ll use it for whatever I need it for and then give it back.”

Many think I’m a dinosaur in the way I work, but I put myself out there and I’m honest and I’m trustworthy.

But Lee is now better known as one of the ‘Four Horsemen’ who this year lead the Rightmove protest groups, a loose quartet of agents who joined forces just before Rightmove’s fee deferment blunder in the early days of the pandemic, along with around 3,000-4,000 estate agents egging them on. “I had been active before that, though, and had met with several local agents to discuss half-a-dozen of us coming off Rightmove but it didn’t come to anything,” he says.

But the #SayNoToRightmove group did. As well as Lee it included David Thomas, Rob Sargent and Paul Davies, and for a feverish few months in April/May seemed to have Rightmove on the run. Within a short period the portal had dropped its deferred fees plan, had done a grovelling U-turn and drastically cut agents fees, reported a drop in agent numbers and saw its share price plunge.

But once the housing market re-opened, the campaign’s momentum evaporated and, talking to Lee it, is clear that he realises the fight to force Rightmove to drop its fees is unlikely to deliver a knockout blow now. “Some of the agents who supported us in the beginning have now blown away in the wind,” he admits ruefully.

This is not surprising – as The Negotiator has reported in recent months, the enormous revival in sales and lettings pipelines after the housing market re-opened means few agents have time to work on tackling Rightmove. Nevertheless, the #SayNoToRightmove campaign can claim a part in forcing Rightmove’s U-turn on fees during the lockdown, and also persuading Zoopla to offer agents who left its rival a generous fee-free offer as part of its Covid package. Which is no mean feat for a group of mostly owner-operator one-branch agents, except of course Rob Sargent, who heads up the 30+ branch Acorn Group and runs the main #SayingNoToRightmove website.

But despite his reliance on technology to reach out to other agents about Rightmove, Lee believes agents overall are becoming too reliant on proptech, Google and Rightmove to sell homes, something he thinks they’ll regret one day when the handshake becomes completely obsolete.

“It’s a sad thing to say that tech is taking over, but these days you can run an agency just using technology to get sales, but I think it’s incredibly short sighted,” he says.

The distance that technology has put between agents, who often don’t know their local competitors as well as they did during the 1990s, made pulling agents together to face-down Rightmove more difficult – as Lee puts it – because now agents ‘don’t trust each other as much as they used to’. Nevertheless, his early efforts were promising. Lee joined a debate about Rightmove on an online forum, which then led to a deluge of emails into his inbox and before he knew it there were nearly 500 agents from all over the UK on his list.

“Overnight it became this huge beast with hundreds of people contacting me saying they’d support a campaign,” he says. “I started talking to our local agents before I got involved in any national activity and I had all their email addresses and initially they showed interest.

“Then I saw Rob from Acorn running his campaign and thought ‘this is silly, we’ve now got four efforts running separately, and that the logical thing would be to pull the whole thing together’.

“Rob and his team ignored me for a while – but I kept going and eventually we talked.”

The rest, as they say, is history. After much to-ing and fro-ing the four of them appeared together on several Zoom calls that can still be watched online, discussing how to take advantage of the momentum that Covid gave agent unhappiness with Rightmove’s escalating fees.

Lee says the game may be over for now but, as evidence rolls in that Rightmove has been increasing its fees during November, and should the market quieten down significantly after the 31st March Stamp Duty holiday deadline, then Lee and his friends may be in the news again.

MURRAY LEE – AN AGENT FOR LIFE

He began his 47-year stint within the industry working in a supermarket, only for his appalled mother to whip him out of the aisles and into a job at an estate agency that still operates today – Allan Saddick and Company in Edgware.

“I started aged 17 years old in 1973 and I haven’t looked back since really,” he says. “I stayed with Saddick for three years and then my religious teacher said he was setting up an estate agency in Hendon and would I like to join.

“I did and I can still remember the registration number of my first company car – a white Vauxhall Vector AMV 741H.”

That business was taken over by Roger Leon – the brother of Bond girl Valerie Leon (from Never Say Never Again).

“He had a business in Willesden called Clivedens and it was way ahead of its time with its own tagline and a logo – unheard of in those days,” says Lee.

“I helped him establish a chain of three offices, which was also unusual.”

“Then Bairstow Eves came into the area and started marketing properties in a very different way and brought in a shocking new technique called door-to-door canvassing,” he says.

“Until then we had all worked together via the local association to share each other’s properties with permission.”

Lee didn’t like the sound of that so he went off to work in property development with a friend, doing up houses and then selling them on. Then 1989 came with the withdrawal of the MIRAS tax allowance and the market crashed and the banks stopped lending.

I started aged 17 in 1973 and I haven’t looked back since. I’m now selling to the grandchildren of people I first sold to in Hendon during the 1970s.

“So I went to estate agency Douglas Martin and ran their business until 1994 and then on to Kingsleys Estates where I had my most successful few years and really made my name in the Golders Green area, all in an office that later became one of the first Foxtons,” he says. “Then in 2012 I was offered the opportunity to run my own business but, after consulting with my wife who as always given me good counsel, I made the leap.

It was run by a landlord who also had an estate agency business but the sales and lettings bits were doing his head in, so I took it over and have never looked back,” he says.

“I’m now selling to the grandchildren of people I first sold to back in Hendon during the 1970s.” 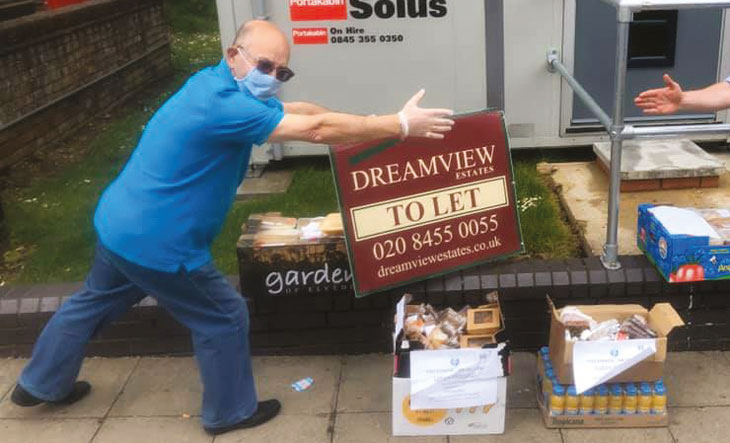 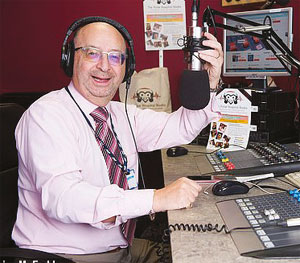 Lee’s good deeds are well known to anyone who reads the trade press, local newspapers or takes a peek at his Agents Giving page.

For many years now he’s supported mostly local causes but came into his own during the lockdown, delivering food for staff to local hospitals and care homes as a charity ‘first responder’, and also works as a DJ at Watford General Hospital Radio on Friday evenings from 8-10pm. His most recent Easter Egg fundraiser via Just Giving raised £2,517 for NHS Charities Together.