Everybody is worried and grumbling about the forthcoming lettings law, but regulation can be a force for good, says Glynis Frew, CEO, Hunters. 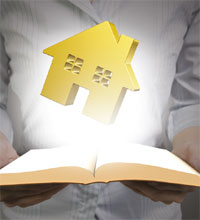 I was recently reading about a landlord facing criminal charges after he neglected his responsibilities to his tenant and allowed his home to become infested by a few furry friends. While it must be made clear that this kind of behaviour represents a tiny fraction of the landlord industry, it is also true that this just shouldn’t be happening at all.

The idea of a Property MOT has, seemingly, been kicking around for some time now. The most recent report from the University of York’s Centre for Housing Policy which, back in September called for a fundamental re-think in the way in which we regulate the private rented sector, was the second of its type. It made similar calls all the way back in 2008, would you believe. It’s fair to say that the regulatory environment which shapes the private rented sector (PRS) has often been painfully slow to adapt.

That’s changing as the UK’s rental revolution continues to take shape; there are now over 3.5 million private landlords in the PRS and the emergence of Build to Rent is challenging our historical home ownership obsession with some vigour. The industry’s understanding of what constitutes a well-regulated sector that works for both tenant and landlord is evolving at pace and the Property MOT is the latest example of that.

Here at Hunters we are proud to be part of The Lettings Industry Council (TLIC). Set up in 2014 and chaired by Theresa Wallace of Savills, TLIC represents a cross section of the industry with the primary objective of ensuring the lettings industry’s regulatory environment maintains the highest of standards. Whether it’s Right to Rent checks, electrical safety or the Private Rented Index to name just a few, in the short time it has been around TLIC has become a robust and reliable voice across the industry that advises government on a range of issues. It’s identified over 180 pieces of information upon which it will be basing an educational and free eBook that will help renters and landlords gain a clearer understanding of the nuts and bolts of the industry. It is now home to over 60 leading organisations in property, which goes some way in illustrating just how much the world of lettings actually wants to make things better for both landlord and tenant alike.

That’s why we’re spearheading the charge for a Property MOT. We’ve been calling for a minimum property standard for some time now and the Property MOT is in many ways a more refined variation of that. Hunters is delighted to be conducting the field work on behalf of TLIC and the response we’ve received so far has been fantastic. We’ve outlined a 12 point checklist and have been speaking with landlords, tenants and also internal staff here at our headquarters in York to ensure that we achieve a really holistic understanding of how various stakeholders will be differently affected by it.

It’s been interesting to witness the largely enthusiastic response from landlords as well as tenants. Often emerging in the feedback were the ideas of clarity and reassurance, with landlords safe in the knowledge that their property would be in line with the necessary checks. These are often subject to change, complex and difficult to manage; research from the Residential Landlords Association found there are over 150 laws and 400 Acts of Parliament that govern the letting of a property. Contrary to public perception, the vast bulk of landlords are decent, honest people who take their responsibilities seriously when it comes to providing a safe and proper home for their tenants. They want to know what’s required of them and want to know what standards they need to adhere to.

We’ve received widespread support from both tenants and tenant groups such as Advice4Renters who have highlighted what a difference this could make especially to those on low incomes, where choice is limited. There is also the lender’s perspective – they won’t face the risk of lending on a home that becomes unfit for habitation at some stage down the line. In short, it’s a tightening of the regulatory system that benefits the industry as a whole.

That goes to the heart of what TLIC and the Property MOT is all about. It establishes a carefully designed regulatory code and aligns industry stakeholders. It plugs a knowledge gap in an industry that has a wide range of participants and works to ensure that successful execution works for all parties. The Property MOT is just one of the ways to do that.