Sign in or Sign up
The essential site for residential agents
Home » Guest Blogs » What’s really driving the pace of housing delivery?

The number of planning consents for new homes in England currently exceeds 300,000 a year, and attention is now focusing on the speed of delivery. How quickly can these residential developments get off the page and out of the ground?

There still remains a lag between the number of homes being consented and those being built. This gap was the subject of the recent Letwin Review and, as a consequence, has become an issue of increasing scrutiny both in the preparation of local plans and at the planning application stage.

Despite this, there is no established methodology for assessing how fast a site will deliver. Instead, approximations are often made using a rule of thumb which assumes an individual developer will sell one unit per week from each operational outlet.

The overall rate of delivery is then estimated by multiplying that by the number of outlets the site can support, adding the amount of scheduled affordable housing. But is this too simplistic?

Unsurprisingly perhaps, the picture is more complex. Our latest analysis tracked 41 large greenfield sites over three years. All had capacity for at least 500 homes and were located across England, Scotland and Wales in markets of varying strengths.

The average delivery rate came out at 145 homes per year but there were wide variations. While 30 per cent delivered more than 175 units, three sites yielded more than double the average. On the other hand, six delivered at less than half the average rate.

Larger sites – with the potential for multiple developers – do not automatically result in higher delivery rates. Equally, there is little clear evidence that the standard of one sale per week per outlet can be applied across all markets.

At one site, the highest monthly sales rates were achieved when four developers were active. However, increasing the number of outlets did not necessarily give rise to increased output.

Clearly, one size does not fit all and many other factors have to be taken into account. For open market sales, the strength of the local market, scarcity of stock and levels of demand are key. And then, of course, there’s price – developments selling high volumes tend to be priced below the local second-hand market.

However, there are trade-offs between lower pricing that enables high delivery and the benefits that higher value residential schemes can bring to the wider community through developer contributions in what is known as land value uplift capture. 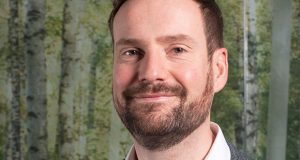 Exclusive blog: What is behind the subdued supply?