Sign in or Sign up
The essential site for residential agents
Home » Features » Why do so few agents file Suspicious Activity Reports?
previous next
Regulation & Law

Why do so few agents file Suspicious Activity Reports? 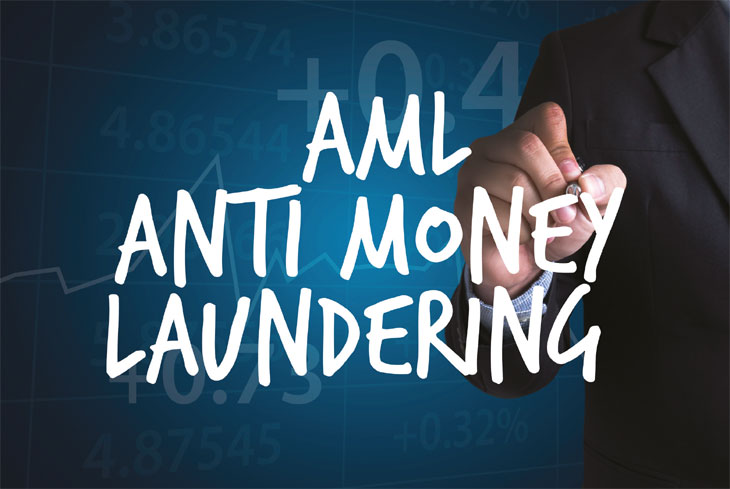 No one likes to admit it, but until recently the UK had been viewed as a soft touch by both UK and overseas criminals seeking to turn their illegally acquired wealth into legitimate cash.

Compared to other countries, the UK property sector had been both accessible and largely unregulated, while our high house prices, particularly in London and the South East meant that large sums could be laundered quickly and anonymously.

Recent scandals including the Panama Papers exposé have revealed just how elbow-deep we have been plunged into ‘dirty money’ – some £4.4 billion of laundered cash is thought to reside in London property alone.

Our housing stock is also seen as high status; one minute you’re a grubby, corrupt official in an unheard-of region of a distant Eastern European nation, the next you’re the owner of a stuccoed Regency house on a smart London street.

“It means a lot to some officials if someone walks into a bank in New York or Paris or wherever and they have an address in St Johns Wood or Mayfair, because it gives them an air of respectability,” says Jerry Walters of AML consultancy Financial Crime Services.

Out of the loop

If you dig down into the history of AML the property sector’s weak efforts to report potential money launderers is also down to history, rather than a reluctance to snitch on their actual or potential clients, although this does play a role.

It is more that agents have felt out of the regulatory loop until relatively recently.

Doing AML is like driving a car – you’re tootling along but you have to look in your rear-view mirror every so often to check what’s going on behind you. Martin Cheek, SmartSearch.

“Estate agents didn’t have a supervisor at all between 2004 and the next set of legislation which was the third money laundering directive in December 2007,” says Martin Cheek, Managing Director of the AML compliance platform SmartSearch.

“In 2008 the (now defunct) Office of Fair Trading (OFT) took over policing of the existing anti-money-laundering regulations and to be honest they were rubbish.

“It gave Trading Standards the job of policing AML but the guys on the ground just didn’t have the resource or expertise to do the job required of them.”

Over the last two or three years the OFT replacement, HMRC, has been much more proactive in the sector.

Cheek says that as far as he’s aware, the OFT did not successfully prosecute any agents before it was disbanded on April 1st 2014 and that therefore some agents felt they were outside the loop of responsibility and enforcement.

‘Flag It Up’ campaign raises profile

This is no longer the case, as many estate agents will be aware. Following the adoption in the UK of the EU’s 4th Money Laundering Directive two years ago, HMRC in partnership with the National Crime Agency (NCA) has been leaning much harder on estate agents.

“The Flag It Up campaign and the high-profile fines have helped persuade agents to get more engaged,” says Samantha Peacock at Landmark Information Group, which offers a money laundering search service.

Increased enforcement has included several waves of visits to agents suspected of not being registered with HMRC for AML purposes, or of not following procedures correctly.

The screws are being turned, it would seem and Economic Secretary, John Glenn said recently that, “I have zero tolerance for firms prepared to turn a blind eye to the law”.

The number of people needing help with their AML compliance is growing every year without a doubt, Walters believes that although the number of SARs reported by estate agents remains very low compared to the legal and banking sectors, it is rising by around 30% year-on-year as the industry catches up.

It isn’t just small independent agencies either, few agencies would have missed the recent news that Countrywide recently received the largest-ever fine given to an estate agency for non-compliance with AML rules and it now has to pay £215,000 to the Treasury.

AML requirements are ‘an intrusion’

“One challenge is that many agents see the AML requirements as an intrusion into their client relationship – and now they have to check purchasers too,” he says.

Agents have several fronts on which they have to comply with money laundering. One is to ensure that they are registered with HMRC for AML purposes, the other is that they are compliant with administrative and procedural rules in case inspectors come calling, and thirdly that they know when and how to make an SAR.

Many smaller agents have yet to even register with HMRC although this is changing fast. Industry estimates suggest that up to 14,000 agents are registered, but that is still several thousand short of the whole industry.

One trap that some agents have fallen into, when notified of an impending inspection by HMRC, is that they rush to sign up to one of the AML compliance services and try and retrospectively catch-up with their obligations.

Several of the suppliers that The Negotiator has talked to said they’d heard of this happening, but warned agents that this ‘won’t wash’ when the inspectors call.

Such a desperate approach may sound risky, but it’s not uncommon; while the bigger agents have the resources to put the correct systems, controls, policies and procedures in place the smaller ones with perhaps a handful of employees struggle to comply on top of everything else.

In the past agents often relied upon paper methodologies for verifying clients but this does not fully demonstrate a risk-based approach with your client due diligence. Samantha Peacock, Landmark Information.

“In the past agents have often relied upon paper methodologies for verifying clients but this doesn’t fully demonstrate a risk based approach with your client due diligence,” says Samantha Peacock at Landmark. “Photocopying some ID and filing it away is not what Anti Money Laundering is about. Chasing down ID can be time consuming and we all know that paper copied ID can be easily misplaced and leaves room for inconsistencies. You need to show how you are varying the levels of client due diligence you do, dependant on your risk assessment and that you can demonstrate that you have identified the beneficial owners involved, you understand the nature of the transaction and applied an appropriate form of CDD. Electronic checks take away this burden by allowing you to verify your client in minutes as well as helping you to check for Politically Exposed Persons and those on the Sanctions List (which is required by MLR 2017).

How will electronic verification help?

Completing manual verification of a buyer or seller’s identity can be time consuming and frustrating to complete; therefore many of the suppliers to the industry have spent many years now completing electronic verification systems that can scan passports and driving licences and check them against databases of known money launders and other high-risk individuals.

But HMRC is not keen on agents using electronic means to complete identity checks, mainly because not all the available systems out there offer the same levels of verification quality.

HMRC has also said in the past that using such systems persuades agents to take a more ‘tick box’ approach to AML, when they need to be more comprehensive and risk-based in their approach.

“HMRC, like the Law Society say that electronic verification only proves that someone exists, not who they are,” says Martin Cheek.

However, electronic verification is now in the pipeline. The most recent guidance from the government hints heavily that agents can use it in addition to manual processes where appropriate and the next set of AML regulations – due soon – are likely to set this in stone.

What they tend to do is give a set of circumstances and then say, “I think this is money laundering” without really explaining why, which makes the NCA’s job harder. Jerry Walters, AML consultant.

Jerry Walters says the number of SARs being filed is not the problem for the industry, but rather the quality of them.

He says too many agents do not focus enough on their grounds for suspicion when filing an SAR. “What they tend to do is give a set of circumstances and then say ‘I think this is money laundering’ without really explaining why, which makes the NCA’s job harder,” he says.

“The most important part of making a SAR is the free text box towards the end where it asks why the agent is suspicious of a transaction. That’s the bit I help agents fill out.”

“One challenge with the reporting system is that it’s a one size fits all approach – the estate agent fills in the same form that a bank or solicitor does. It’s not bespoke to the individual sector which I think would help.

“That’s where agents can get into a little bit of a mess – remember, the NCA receive half a million SARs every year so they are struggling to cope; therefore the quality of information you give them needs to be as detailed as possible.”

MOST COMMON TYPE OF ACTIVITY REPORTED VIA A SAR

Most AML experts agree that the biggest red flag is a lack of face to face contact when dealing, in particular, with overseas buyers and investors.

The other is offshore trusts – finding out who’s behind a firm is very difficult for agents because they are confronted with reams of documents from a lawyer in the BVI or the Cayman Islands, and trying and trying to make sense of it is very problematic because they don’t have the training.

Filing a SAR can be a challenge but most also struggle with risk assessments and internal policy and procedure documents that are required by law – on which, God forbid, they get an HMRC visit, the inspectors will focus.

And yet most of the cases of actual or attempted money laundering in the past have been through offshore trusts.

“Very few people bring dirty money into the UK directly from their country of origin – almost all use offshore trusts in tax havens to do it,” says Jerry Walters.

What do agents need help with?

Filing a SAR can be a challenge for agents without the right training, but before that the other areas most struggle with are writing the risk assessment and internal policy and procedure documents the law requires.

“These are the documents that, god forbid they get an HMRC visit, the inspectors will focus in on,” says Walters.

“That’s what I do for them – because most agents are asked to write these documents without any real training in AML or risk assessment. It’s a difficult situation to overcome. I then help them draft the SARs too – I’ve done six so far this year.” 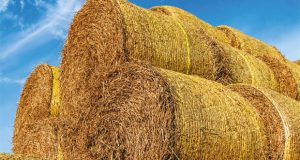 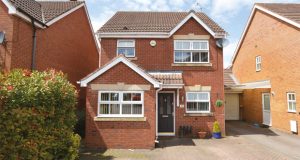