Sign in or Sign up
The essential site for residential agents
Home » News » Housing Market » Will Boris’s Stamp Duty changes resolve the ‘broken’ market in London?
previous next
Housing Market

Expert says the top rate has been responsible for 26% fall in transactions in the capital, but will the blonde mop's proposals really help?

Last Friday’s news, that Boris Johnson had said that (if he succeeds in his Tory leadership battle) one of his key moves will be to slash Stamp Duty, caused significant noise in property circles.

In the last few days, share prices have risen for several major house builders, including Taylor Wimpey, Barratt developers and Crest Nicholson while analysts were making positive noises, (some gleefully) noting the opposite stance of the Labour leader.

Mr Johnson’s policies on home ownership and taxes could not be more different to Jeremy Corbyn’s. recent announcements on home ownership – and the related taxation – which have horrified many.
Inevitably, there was a strong reaction to both and once the excitement died down, property experts were taking a closer look at the potential effects of Boris’s plans.

Penny Mosgrove (left), CEO of Quintessentially Estates, said, “Whilst the super prime market – properties selling at or about the £10 million mark – has been seeing somewhat of a renaissance in the last few months, the £2 million-£10 million market remains sticky. This is thanks to both the paralysing cloud of Brexit uncertainty (which we have now been deep amidst for over three years) and the punitive stamp duty rates introduced back in 2014. The market needs a shot of adrenalin and it needs it now.

“The stamp duty reforms proposed by Mr Johnson would certainly assist in galvanising the market. This is not about rewarding the super-rich, it is about reducing barriers currently stopping people from moving: thus helping buyers at every rung of the ladder.”

Fraser Slater, CEO of Ludgrove (right), an award-winning property finder and consultant operating in Prime Central London, said, “Our in-house research has shown that changes in the top rate of Stamp Duty were directly responsible for the 26% fall in London property transactions since 2014.

“Depending on the size of the tax reduction, Boris Johnson’s plans to reduce Stamp Duty will go a long way to resolving the broken market in London and The South East. A significant cut will ‘un-gum’ property chains at the top-end leading to greater liquidity throughout the market, as well as a more efficient use of the existing housing stock.

“Lower transaction taxes will also encourage the conversion of tired stock to modernised rental units by Investors and new housing starts by developers. Looking at the history, a top Stamp Duty rate of 4% would be the optimal level (versus 12% today). The last time the top rate was 4% London property transactions were 94% higher at 175,870 compared to 90,316 transactions in 2018. 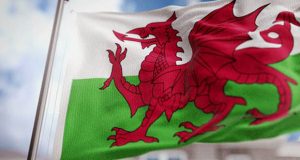 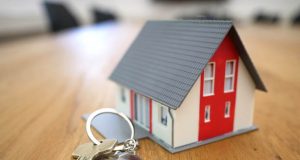 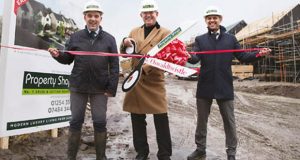