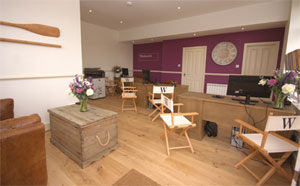 Winkworth Franchising is launching four new franchises in Cheltenham, Kingsbury, Milford-on-Sea and Brentford, strengthening Winkworth’s position in the London and Country market, this will bring the number of offices to 60 in the capital and 97 nationwide. Milford-on-Sea and Kingsbury are due to open soon, with the remaining two launching in May.

The new openings kick start the business’s growth strategy for the year ahead, with plans to continue its expansion of franchises in the London and country network. Winkworth expects to see an increase in opportunities both to convert existing agencies to its brand and to open new franchises over the course of the year.

Dominic Agace, CEO of Winkworth, said, “Opening four new offices in prime locations across the country has been a really positive start to 2017. We have seen an increase in enquiries from business owners looking to convert to the Winkworth brand, and as a result, we are moving confidently forward with our organic growth plan.”

Cheltenham is to be owned and operated by Tom Mayfield who previously worked for Winkworth’s Dulwich office and Carter Jonas.

The Milford-on-Sea franchise will be run by Chris Collinge, who already owns Winkworth’s successful Sway office.

The Kingsbury office will be owned by a new franchisee, Ajay Bathija, with his residential sales department headed by NAEA qualified agent, Arun Jesani.