School children to learn how to avoid homelessness from industry charity

TDS Charitable Foundation delivers £15,000 in funding with ground-breaking project to help children avoid ending up on the streets. 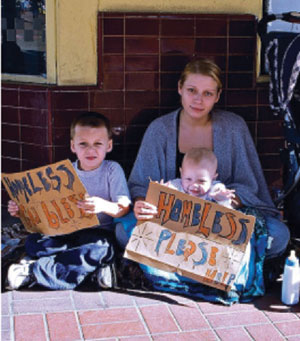 A local homelessness prevention project, which received over £15,000 of funding from the TDS Charitable Foundation,   is to be rolled out across other areas of England.

The Homelessness Prevention and Realities of Independent Living Programme by Arch is designed to deliver training and advice for school pupils on independent living and how to avoid homelessness.

Having originally been delivered only in North Staffordshire, the initiative was recently taken up by the National Citizens Service.

Arch received £15,008.09 in the eighth round of TDS Charitable Foundation funding and used that money to fund training sessions in schools at a time when local education budgets were often too tight to do so. The Foundation exists to fund projects that educate people in the private rented system (PRS) – from tenants to landlords.

The project has so far reached 1,686 pupils across 11 programmes. Classes are based on teaching young people about independent living and the costs that entails, including offering information about benefits and employment. They will also educate them about the causes and dangers of homelessness. The success of the initiative, with increased knowledge on homelessness among teachers, mentors and pupils, means it has been rolled out nationwide.

Project educates children about the PRS

Sarah Forshaw, Operations Manager for Housing, Homeless and Complex Needs at Arch (North Staffs), said, “In times of strained budgets, funding like that we received from the TDS Charitable Foundation has made a huge impact on our ability to achieve our overall goal of preventing homelessness.

“We’ve since been commissioned to continue our work across Stafford Borough Council as well as with National Citizens Service – ensuring we are reaching as many young people as possible.”

Prof. Martin Partington CBE QC, Chairman of the TDS Charitable Foundation, said: “Programmes like this one from Arch are vital in ensuring young people are educated about the PRS and the dangers of homelessness.

“That more than 1,680 pupils have been reached demonstrates the impact that TDS Charitable Foundation funding can have. Education is key to improving the PRS and this is one example of that happening.”

The TDS Charitable Foundation (TDSCF) is a grant giving body that aims to raise standards in the private rented sector. Having provided grants totalling £851,882.33 since it was founded in 2014, the TDSCF supports programmes that educate tenants, landlords and letting agents about their rights and responsibilities.