The Chancellor, George Osborne, reveals his plans for the Economy in this major Budget announcement. What does the property industry think? 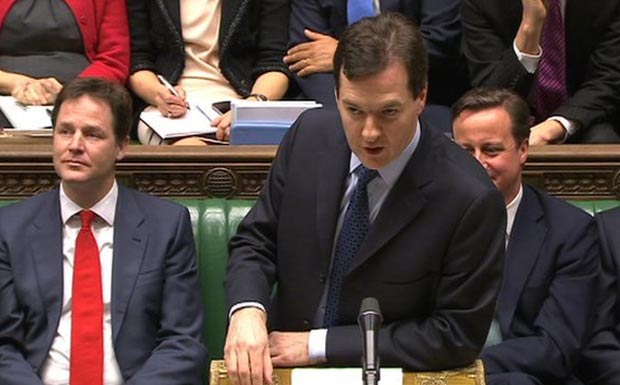 The Chancellor of the Exchequer George Osborne’s Budget announcement in March, was described as “a mixed bag for the housing market”. The decision to extend the Help to Buy Loan Equity scheme until 2020, four years later than when it had been due to end, will support the construction of 120,000 more new homes, as well as aid more prospective homebuyers in their efforts to get a foot on the housing ladder.

But during the 2014 budget speech there was widespread disappointment at the Chancellor’s decision not to revise the UK’s Stamp Duty thresholds. No Stamp Duty reform A number of property professionals, including agents and developers, had called on the Chancellor, in his fifth Budget, to amend the structure of Stamp Duty, which starts at one per cent on properties costing £125,000 and increasing to 3 per cent on homes worth £250,001 to £500,000.

We would have liked to have seen the Stamp Duty threshold altered at the lower end of the spectrum, ideally to at least £400,000.”

“It [the Budget] was a wasted opportunity to make structural changes to the Stamp Duty system,” said Gerard Price, Chairman of Bargate Homes. Douglas Sleaper, Managing Director of Townends, believes that the Chancellor’s failure to review the existing Stamp Duty structure will have a negative impact on property transactions. He commented, “There is a severe shortage of property for sale which is in turn driving up property prices. If the Government helped to take away the barriers that stopped people from moving they would increase [housing] supply to the market and it would result in a more measured and sustainable market.”

Brendan Cox, Managing Director of Waterfords estate agents also wanted to see the Stamp Duty threshold adjusted, particularly at the lower end of the market, to bring this into line with today’s property prices. Cox said, “Stamp duty is an unjustified burden which is preventing the proper functioning of the housing market and exacerbating the shortage of housing supply, especially in London and the southeast.”

Sue Foxley, Research Director at Cluttons, concurred, she said, “We would have liked to have seen the Stamp Duty threshold altered at the lower end of the spectrum, ideally to at least £400,000.”

Paul Emery, Stamp Duty Director at PwC, added, “Reducing the three per cent rate of stamp duty to two per cent for sales between £250,001 and £300,000 would smooth increase tax cost and make a huge difference. “It would also be relatively inexpensive for the Chancellor to implement.”

The Chancellor did take the opportunity to increase his efforts to put an end to Stamp Duty avoidance by hitting companies acquiring properties over £500,000 – expanded from over £2 million – with a levy of 15 per cent of the purchase price, catching more high-net-worth individuals, including wealthy overseas investors, in the Stamp Duty net in the process. But the new tax does not apply to homes that are rented out. “Many of these are empty properties held in corporate envelopes to avoid Stamp Duty. This abuse will end,” said Osborne.
Fionnuala Earley, Research Director at Hamptons International, said, “Annual Tax on Enveloped Dwellings [ATED] raised five times more than was expected on properties over £2 million since its introduction [in 2012] so moving the threshold lower is clearly an attraction for greater revenue too.”

But David Adams, Managing Director of John Taylor London, fears that the new tax could see more homes eventually fall into the Mansion Tax that could be levied as soon as next year. Adams commented, “The 15 per cent tax on homes owned through a company shows is just how easy, and at the stroke of a pen, a new mansion tax threshold could also be reduced on residential properties worth more than £2 million to those worth more than £500,000. The precedent is there, let’s just hope that the naïve take notice.”

BUILDING FOR THE FUTURE
Among the most positive points to take from this Budget was the extension of Help to Buy until 2020. The scheme is currently delivering around 2,500 sales per month and has already led to a sharp increase in new housing supply.

Help to Buy has reinvigorated the home building industry.”

Stewart Baseley, Executive Chairman of Home Builders Federation, said, “Help to Buy has reinvigorated the home building industry, contributed to a sharp increase in new housing starts and allowed thousands of first-time buyers and second-steppers onto the housing ladder. This in turn has seen the industry recruiting thousands of staff, including apprentices, so providing an economic boost to the country.”

PROPERTY FUNDS
There was a welcome announcement for property funds, with the Chancellor committing to a consultation on the SDLT treatment of seeding property authorised investment funds (PAIFs) – an ‘open-ended’ version of real estate investment trusts (REITs) – and of co-ownership authorised contractual schemes. The introduction of a SDLT seeding relief would facilitate institutions forming new property funds, seeded by transferring their existing assets into a PAIF without triggering SDLT.

Phil Nicklin, Real Estate Tax Partner at Deloitte, said, “A seeding relief for PAIFs would be attractive to institutions that need to fund payments to policy holders, as well as to investors who wish to co-invest in institution-grade assets. Appropriate SDLT treatment could potentially unlock up to £25 billion of institutionally-held property for co-investment through UK based funds.”