Sign in or Sign up
The essential site for residential agents
Home » News » Agencies & People » Do agents care about the environment? Ground-breaking report reveals all
previous next
Agencies & People

Do agents care about the environment? Ground-breaking report reveals all

Following its agency sustainability survey in June, Just Move In has released a new report which shows how a quarter of agents see green measures as just 'box-ticking'. 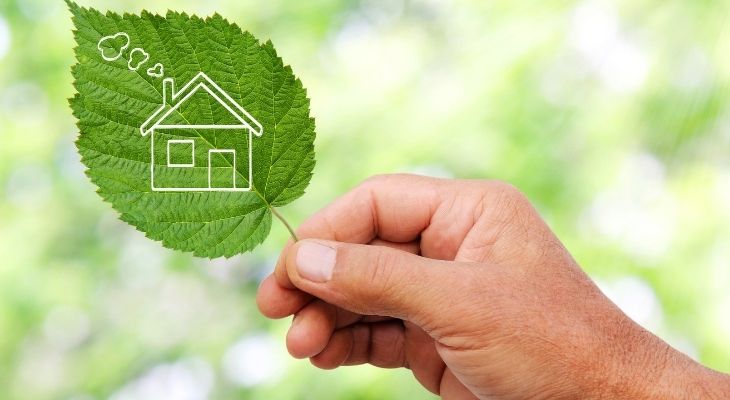 In the first survey ever of estate and letting agents’ attitudes towards the environment and sustainability, it’s revealed that more than a quarter of agents (27%) see sustainability as a ‘box-ticking exercise’. And shockingly, almost nine in ten firms (87%) don’t have a net zero strategy for reducing their carbon emissions

The findings come in a report from home set-up service, Just Move In – itself a B-Corp organisation which sets sustainability alongside profit as one of its key drivers.

In a more positive vein, the report also discovered that  more than half (54%) believe the issue is becoming more important for the industry, with only a third of agents (35%) believing their firm is currently sustainable enough. The report, aptly titled  Getting Our House In Order, questioned more than 150 UK agencies in June this year. 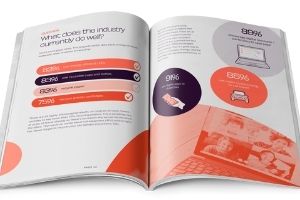 Many agents realise the benefits of sustainability in boosting their reputation and bottom line. Almost three fifths of agents (58%) thought that being eco-friendly could improve profitability, and two thirds (66%) say that poor green credentials would harm the business.

When it comes to transport, one in six agencies (16%) have electric company cars, and a fifth of firms have hybrid vehicles (20%). A third of agents (36%) said members of their team cycled to work, and three in ten (29%) said they used public transport when necessary.

A quarter of agents (26%) always consider eco-credentials when choosing a supplier, with the same amount (26%) never doing so. About half of agents (47%) sometimes take them into account.

With the Climate Change Committee warning that the UK won’t meet its legally binding climate change targets unless it eliminates greenhouse gas emissions from buildings, the report stresses how agents can play an important role in reducing households’ environmental impact.

The report is part of Just Move In’s ongoing Agents For Sustainability campaign, which is leading the fight against climate change in the domestic property sector. Here at The Neg, we are joined by Hamptons, Agents Together and B Lab in supporting the campaign.

Ross Nichols, Co-founder of Just Move In (pictured), said: “Estate agents and letting agents are on the front line in the battle against climate change and have a great opportunity to influence customers to embrace sustainability. 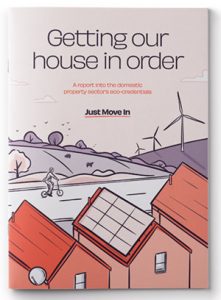 “It’s also important for the industry to get its own house in order, and it’s shocking that only one in nine agencies have a net-zero strategy in place.

“There are some easy wins for agencies, with less than half of firms switching to a green energy supplier and using a smart electricity meter. These changes make a big difference and are the first steps towards helping the industry embrace net zero.”