Hostmaker.com suggests landlords should switch from longer-term lettings to short and medium-term rentals via its service.

An Airbnb hosting company backed by Marriott Hotels has launched an advertising campaign that calls for landlords to ‘drop their letting agent’.

Posters created for the campaign have been running all over London’s underground network for some weeks and, as well as taunting letting agents, suggest its service can bring in ‘up to’ 30% better returns for landlords.

“They said they’d change. They said they’d try harder. But you’re missing out on up to 30% higher yields by not using our innovative flexible lettings service”, it says.

The advertisement coincides with Hostmaker’s recent deal with medium-term lettings portal SpotaHome.com, which The Negotiator reported on earlier this month, although the two are commercially unrelated and Hostmaker is only one of a number of companies that use Spotahome’s  marketplace

The deal enables landlords and letting agents to make more money from listing on Airbnb by using SpotaHome’s portal to gain medium-length lettings of a month or more during quiet periods of the year on Airbnb.

“Spotahome provides access to a market that can cater for the low season, that guarantees income for the property owner so they can stabilise income over the year and utilise short lets for peak seasons,” said David Grey, Head of Yield Management at Hostmaker. 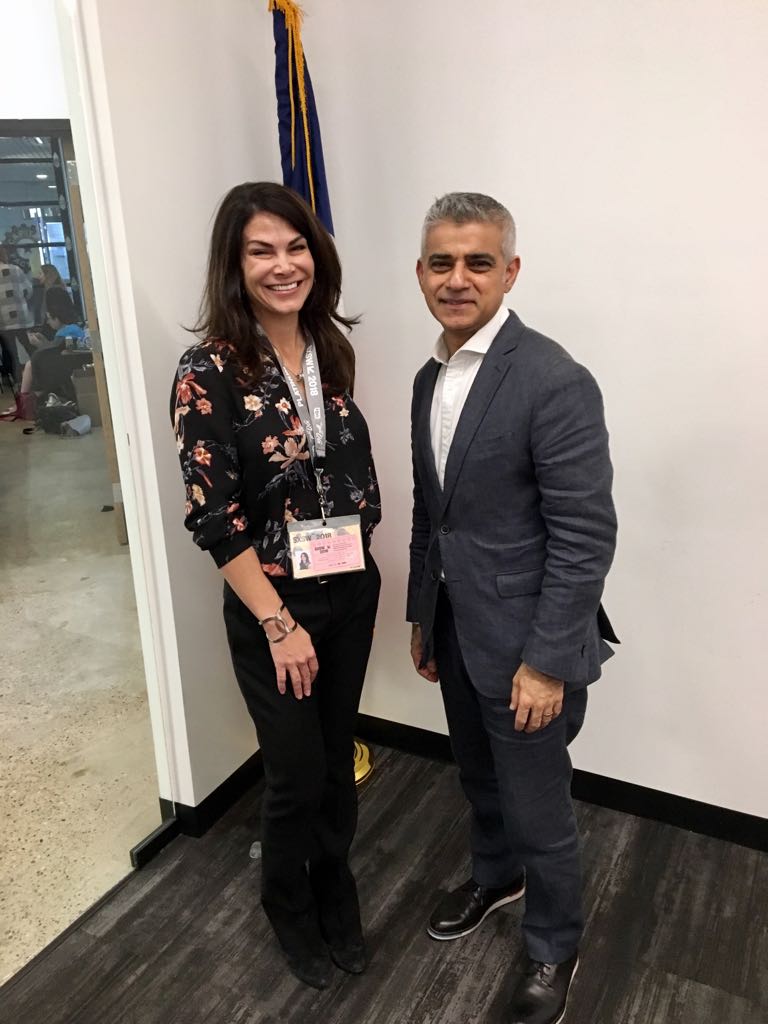 The advertisements on London’s tube are controversial because they suggest landlords should switch to short and medium-length lettings rather than rent their properties out as homes to longer-term tenants.

Letting agents don’t appear to have the support of London’s mayor Sadiq Khan in their battle with Airbnb, who last year met Airbnb’s CEO Belinda Johnson in the US (pictured, right), tweeting afterwards that the sharing platform was “an important part of London’s offer to visitors from around the world”.

Digital is the next battleground for estate agencies, says leading supplier