Sign in or Sign up
The essential site for residential agents
Home » Features » Products & Services » Conveyancing: size seems to matter

Smaller conveyancing firms and solicitors face a tumultuous time over the next two or three years. The rise of the low-cost, high volume companies and the changes to the way lenders put together their conveyancing panels, mean that smaller conveyancers face an uphill struggle to hang to their market share.

The UK is a real patchwork of local and regional solicitors, who gain a significant proportion of their work through agent referrals and whose advantage over the large conveyancers is their local knowledge and contacts.

But many experts say that the home mover’s desire to cut costs and their love of doing everything online is rapidly unpicking this patchwork as the online and offline high-volume conveyancers gobble up market share.

One thing is clear – the industry is consolidating, as recent figures show. The number of active conveyancing firms declined at the fastest rate for three years during 2015, dropping 9 per cent from 5,871 in 2014 to 5,357.

This was three times the 3 per cent annual rate of decline during 2013 and 2014, as competition for business in a “stagnant market prompted a new wave of exits and mergers,” according to a recent report by Search Acumen.

“As a result, the number of conveyancing firms currently operating in the market is now 30 per cent lower than in 2005.” Also, it says, the top 1,000 firms in the business now hold 71 per cent market share.”

So we asked Andrew Hiesley, Managing Director of the Connells Group-owned conveyancing firm Conveyancing Direct, to reflect on the consumer trends and industry shifts pushing this market grab by the larger companies – and its consequences.

How is it that we have moved from a patchwork of local and regional conveyancing providers to the more national model that your business typifies?

“Like most things these days, as people get better access to services that aren’t local to them – mainly via the internet – it then creates a war on price and so you had specialist conveyancing firms really trying to focus on their processes and reduce costs for themselves so they could reduce the fee they charged the client.

“In this world the cost of any service is important; people shop around more and if they see they can save a couple of hundred pounds I guess that the locality of that service became less of a priority.

“The industry started doing that before I was involved – so in 2002 that change had already started happening. I inherited a business from my predecessors that was really keen on price and in fact I think it had gone a little bit too far. So in the last couple of years we’ve seen a move back towards conveyancers trying to increase fees and communicate the value of the service we provide.”

Can companies like yours cope with such quick expansion?

“Capacity in the conveyancing industry is at a premium at the moment because following the 2007/8 financial crisis a lot of people left the industry and found other things to do but as the market has strengthened they haven’t returned,” says Andrew.

“So we’re trying to grow our business but it’s incredibly difficult to recruit experienced conveyancers who fit the ethos that we have.

“So the best thing for us to do is give people the opportunity to be trained and develop within our business and learn it from the bottom up. We put our staff through a Council for Licensed
Conveyancers professional qualification in-house so we’re proud that you can join Conveyancing Direct with no legal background and within four years be a competent conveyancer with a qualification.

“There’s few other legal professions or companies that offer that sort of opportunity to people without a law degree.”

Do you think the conveyancing proposition will change for agents in the coming years?

“Most estate agents now have relationships with one or more conveyancing providers to whom they can recommend customers, and with whom they have a good level of understanding, so they know what their customers are going to get,” says Andrew.

“And I think that’s one area where system improvements will help because we can work with agents to streamline and automate the way we communicate the conveyancing process both online and offline to them and their customers.

“But otherwise I don’t think the way that agents refer their clients, and the relationship they have with conveyancers, is going to change.

“My personal opinion is that the consumer has yet to be wrestled away from this referral system and persuaded to go direct to conveyancers. It’s more to do with the order in which you do things when you sell a house.

“A person makes the decision to sell their home, looks online for a home to buy, decides to proceed, gets a valuation and at that point they’ll start to discuss which conveyancer to use, and that conversation is likely to be with their chosen estate agent.

“So it depends how attractive the conveyancing proposition looks when it’s being recommended by the agent. The online model is therefore competing with the referral after it’s happened.”

What is the history of Conveyancing Direct?

Connells Group acquired the company in 2002. It was a relatively small firm at the time and run by a couple of partners who lived locally. Andrew joined during the six months that followed the acquisition as a graduate, and a sustained period of growth followed.

“I wasn’t at a senior level at the time, so I’m not sure what Connells’ intentions were when they took over the business but during my involvement we’ve always been trying to grow the business organically and trying to develop within and get better at systems and take on more work,” says Andrew. This has included expanding both externally while at the same time servicing Connells’ own conveyancing proposition from their network of estate agency branches.

“We have a successful remortgage business and do a lot of work for lenders whose product includes a fees-free or fees-assisted service to their clients – so they take out a mortgage and there’s a legal service included in the cost.

“Also we do a lot of home mover work, so with purchases direct to the consumer or referred work from Connells, other large corporates and independents.

Conveyancing Direct now hast three offices and employs over 170 people. It carries out 24,000 remortgage transactions a year and 5,000-plus purchases a year.

“One of the things I’ve tried to do since my appointment as Managing Director is to focus on training and development,” says Andrew. “I want us to ensure that we offer an exceptional service at the same time as servicing a lot of clients and processing a lot of completions.”

“I went to University and did an accounting, finance and management degree and joined Conveyancing Direct by pure chance after a friend got a job there and recommended it,” he says. “I thought it was going to be a stop-gap and that I’d go on to be an accountant and get qualified but it didn’t end up that way as I’ve been here ever since.

“I didn’t even know what conveyancing was before I joined this company because I was too young to have ever bought or sold a property – I knew that you needed a solicitor to act for you, but I didn’t know there were specialist conveyancers out there.

“My time here has included a brief stint working for Connells managing their panel of solicitors and servicing their conveyancing proposition for their branches but I then returned to  Conveyancing Direct – where I’ve worked in most of the departments for the business.” 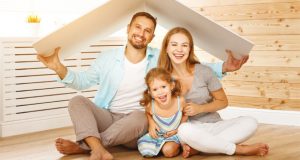 Can you cover the rent? 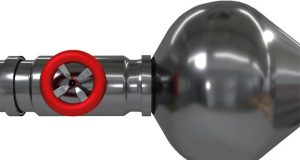 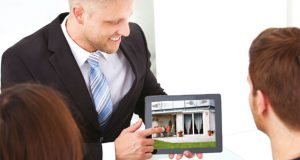