Sign in or Sign up
The essential site for residential agents
Home » Features » How’s business in: Cumbria, Oxford and Newcastle upon Tyne?
previous next
Housing Market

How’s business in: Cumbria, Oxford and Newcastle upon Tyne?

Each month we visit three agents across the country to discover what is happening in their businesses and local markets. This month we visit Cumbria, Oxford and Newcastle upon Tyne. 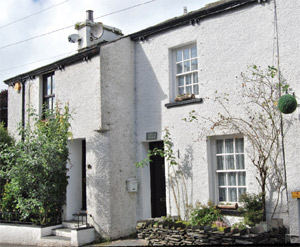 Cumbria, Oxford and Newcastle upon Tyne

The market in 2015 has started steadily with a good number of new and motivated sellers coming to the market and a high level of fresh applicants signing to our register and making contact from all corners of the UK and from abroad. There is inward migration for retirement and investment in our area, particularly from holiday homebuyers within the National Park.

Early activity has mirrored 2014 in that progressive months have shown improvements in both listings and deals being seen through to completion. While there has been no significant increase in overall values, the average sale price has increased in the middle and upper markets, reflecting a higher number of transactions. 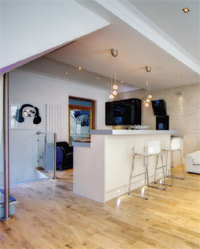 In our particular area there has been an underpinning of the general market by a consistent stream of second homes and holiday lets changing hands even in the flattest periods of the recession.  There is now strong competition for the most appealing cottages and houses in this sector of the market which has been shown in deals being negotiated much closer to asking prices and in several instances lifting above by up to 8 per cent.

As has been the scenario for several years, the villages in highest demand in the National Park are Ambleside, Grasmere, Hawkshead, Coniston and the Langdale Valley. Outside the National Park, the Lune Valley villages continue to grow in popularity, more so from owner-occupiers. Where there is good access to the highest regarded schools in Lancaster and Kirkby Lonsdale and easy travel to Lancaster University, Royal Lancaster Infirmary and M6 junctions, there is strong demand and limited choice for buyers who have to move quickly. Family homes with character on decent size plots are most in favour. 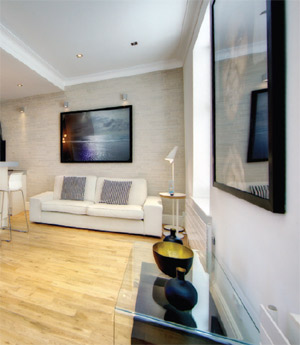 This spring has seen a significant reduction in stock coming to the market. With the General Election looming people tend to put moving on hold until they see the outcome, which is surprising given that there are usually few changes. Also, first-time buyers are struggling to save a large enough deposit and although the press would have the public believe it’s now much easier to secure a mortgage, the reality is different. We are, however, predicting a more active market in 2016.

Currently, the removal of deemed consent of rental boards in much of our local area has made agents adopt a different approach to marketing with a greater focus on digital and social media to publicise their properties, with some agents even reverting to advertising in the local papers. We have, nonetheless, been very fortunate in having the extra exposure offered by OnTheMarket, which has already started to generate quality leads.

We attract a lot of first time buyers but most of the activity in Jesmond, is investors buying properties to let to both the student and professional market, with demand for rented accommodation vastly outstripping supply.

The Jesmond nightlife and café culture attracting young professionals and students to rent, the bars on Osborne Road are populated by the Jesmond residents, students and a strong party crowd at the weekend. In addition, the cafes and delis o the main road which runs through Jesmond provide a thriving hub. Both of these are huge pull factors and investors are aware that Jesmond remains a safe place to purchase. This is emphasised by the strong rental yields offered in the area, with returns of up to 8.4 per cent.

Newcastle and Gateshead are brimming full of superb events including theatre, music, comedy, exhibitions, festivals and sporting events which are attracting a young market. In 2015, the Jesterval, a Comedy Festival, will be staged at one of the most iconic locations in the North East, Baltic Square on Gateshead Quayside. There is also a Jazz festival at the Sage and many artists including Mark Knopfler, Paloma Faith, Spandau Ballet and many more are all set to play at the Metro Arena this year. Needless to say, the main event taking place in 2015 will once again be the Great North Run. Officially the largest half marathon in the world, this event attracts an estimated 60,000 entrants. Elena, a member of the Mansons team is also taking part and we couldn’t be more excited to cheer her on! 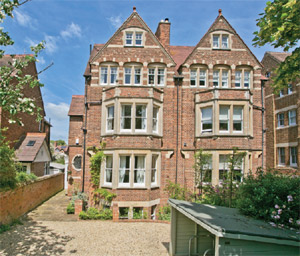 The Oxford property market has been exceptionally busy so far in 2015 and we are experiencing a surge in overseas buyers investing in the local area. The number of buy-to-let investors has also recently risen. This is down to a number of factors: the highly regarded schools, excellent links to London and beautiful architecture and parks, which begs the question; why wouldn’t you want to live here?

Historically, there was a preference for buyers to seek property within the ring road. This has completely changed in the last 18 months and nearby villages such as Islip, Kirtlington and Weston-on-the-Green are becoming increasingly sought-after as well as Kidlington, a village approximately five miles north of Oxford.

In particular, the area north of the ring road has significantly increased in value as a direct result of the new train station opening in the summer of this year. This new transport link will offer trains into London Marylebone with an estimated journey time of 55 minutes making Oxford an incredibly good option for those who work in London but would rather move out of the city. It is also a great option for those who simply cannot afford London house prices and find it more economical to commute.

The prestigious Oxford schools continue to be a big draw to the area and this high level of demand and lack of new homes is forcing property prices to continue to rise.

We are currently receiving multiple offers on properties and agreeing sales within the first fortnight of marketing in most cases. In recent sales, we have had buyers offering to bridge rather than put their offer forward with a connected chain to put themselves in the best position with such fierce competition for properties.