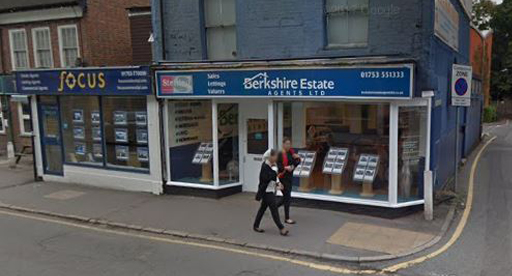 An estate agent in Berkshire has gone missing and his business is under investigation by trading standards after it failed to return deposits to tenants and ignored a fine imposed by The Property Ombudsman (TPO).

40-year-old Lee Clarke (left) has not been seen at his business address on the Windsor Road in Slough (pictured, above) for nearly a month and has not answered emails and phone calls from irate customers or local investigators. He is believed to be in Spain where he has business connections in Marbella.

Berkshire County Council (BCC), which is the local trading standards authority, said it was also aware that the company was no longer a member of a redress scheme and is liable to a £5,000 fine.

“We can confirm we are doing everything within our powers to establish the scope of the issue,” a BCC spokesperson told local media.

“It is a live investigation and is very complex. We are working with our partners including Thames Valley Police and the Property Ombudsman.”

One landlord told the Slough and South Bucks Observer that Clarke had not lodged their tenants’ deposit with an approved scheme or returned the deposit to the tenants, forcing them to reimburse £4,600 from their own funds. Also, the landlord has not been paid compensation that TPO ordered Clarke to pay them.

Other landlords in the area have reported that Berkshire Estate Agents has failed to pass on rents or returns deposits.

The company’s website shows dozens of properties to rent and over 110 homes for sale and has live listings on OnTheMarket.com.