The housing market in some areas is in danger of sinking – literally, the Environment Agency warns, as global warming increases flooding risks. 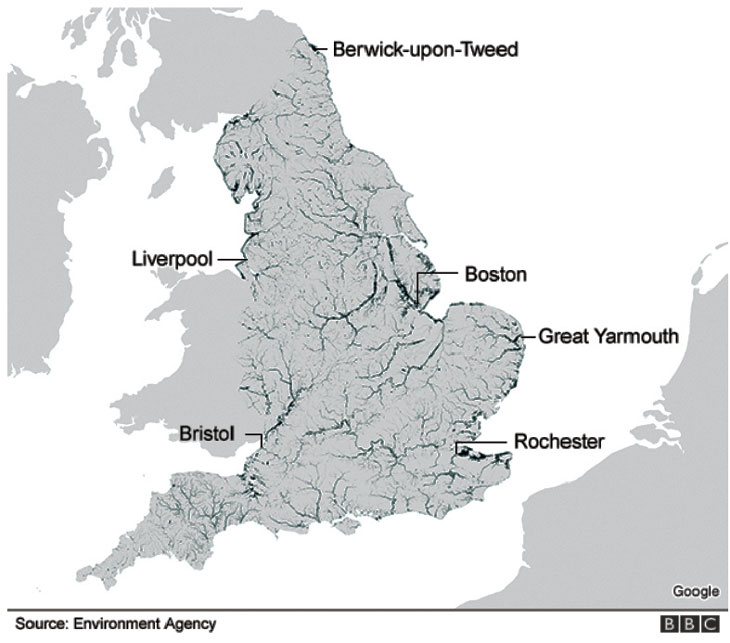 Anyone thinking about moving home should take note – flooding is an increasing risk – be sure to check your chosen area against flood risk.

The Chairwoman of The Environment Agency, Emma Howard Boyd, said that on current trends, global temperatures could rise between 2C and 4C by 2100 and £1bn a year would need to be spent on flood management.

She said some communities might need to move because of the risk of floods.

Ms Howard Boyd, launching the consultation on the agency’s flood strategy, said that government policy should ensure that all publicly funded infrastructure is resilient to flooding and coastal change by 2050.

“We can’t win a war against water by building away climate change with infinitely high flood defences,” she said.

She called for more to be done to encourage property owners to rebuild homes after flooding in better locations, and with improvements such as raised electrics, hard flooring and flood doors, rather than just “recreating what was there before”.

However, she warned that in some places “the scale of the threat may be so significant that recovery will not always be the best long term solution” and communities would need help to “move out of harm’s way”.

It calculates that, for every person who suffers flooding, about 16 more are affected by loss of services such as power, transport and telecommunications.

Ms Howard Boyd warned that climate change and population growth in England meant that properties built in the floodplain will double over the next 50 years.

The agency points towards research from the Cambridge Institute for Sustainability Leadership which suggests that losses on UK mortgages and insurance-related losses could double.

Ms Howard-Boyd said the government’s six-year flood programme had given flood and coastal protection “a shot in the arm”, but more will be needed.

Environment Minister Therese Coffey said, “Flooding and coastal erosion can have terrible consequences for people, businesses and the environment.

But she added that “the threat of climate change will mean an increasing risk and preparing the country is a priority for the government, and the nation as a whole”.