Knight Frank's Prime Country House Index has revealed that the exclusive rural market has had its best year since the financial crisis. 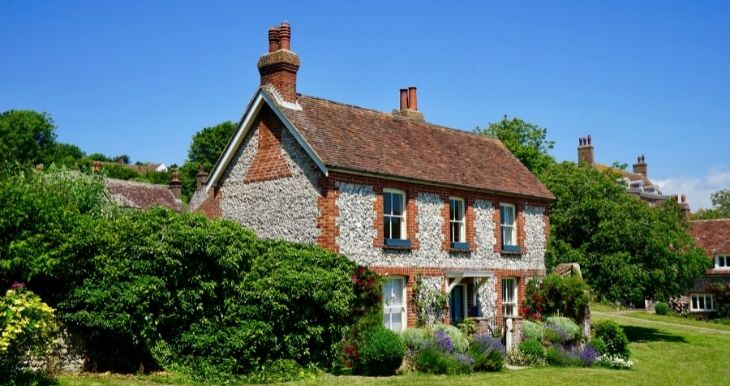 New prospective buyers increased by 48%, offers accepted by 40% and exchanges by 44% in the same period.

But it was the pandemic that seems to have caused a rural rise. In the 12 months to November 2021 compared to the same period ending November 2019, new prospective buyers in the £5m+ value band increased by 137%. Offers accepted in this period were up by 107% and exchanges by 84%.

“I’ve never known a time like it in 30-plus years. Leading up to the pandemic the top-end was pretty flat, however Covid has seen a resurgence of interest in the country house market, with buyers attracted to the high quality of life on offer,” said Rupert Sweeting (pictured), head of national country sales at Knight Frank.

The £5m+ country house market led the way out of the UK’s first national lockdown at the start of 2020, and it has been the top performing value band in five out of the seven quarters since.

Before the pandemic, price growth for higher-value properties was weaker than the mainstream market due to a series of tax changes and political uncertainty, leaving greater scope for rises. While the average property price in England and Wales grew 23% in the five years to March 2020, the average price of £5m-plus property fell 8%. 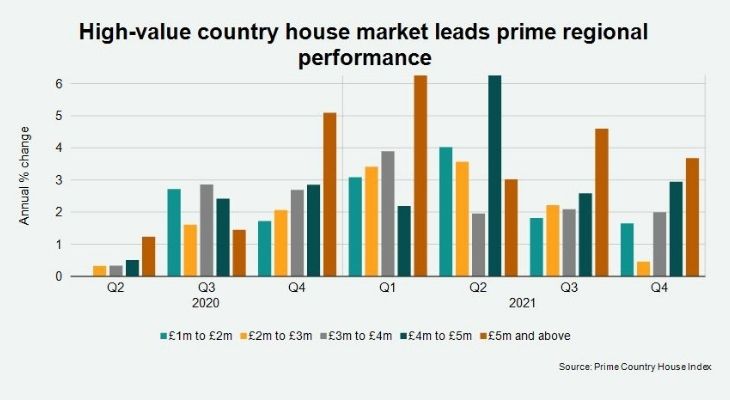 As of December, the average price of a property valued at £5m+ in the Prime Country House Index was 19.8% higher than it was twelve months ago. Since June 2020, prices in the £5m+ value band have increased by 27.7%.

“A combination of buyers with cash to spend and low interest rates has driven the market. However, due to the high demand the cupboard is emptying, and I’d urge any sellers looking to come to market next year to do so early,” added Rupert.

Total supply in the £5m+ country house market in November was a third lower than in November 2019.

However, there are signs that things should improve in the spring, after the country market saw the most market valuation appraisals – a leading indicator of supply – in ten years during November. Demand remains high too, with new prospective up 52% versus the five-year average in the country market in the same month.

Country house prices increased by 1.7% in the final three months of 2021 on a quarterly basis, and the average country house now costs 10.6% more than it did twelve months ago.