How to put a killer branch team together

Creating your own uber-team? There’s much more to it than hiring the right people, says Andrea Kirkby – that’s just the start! 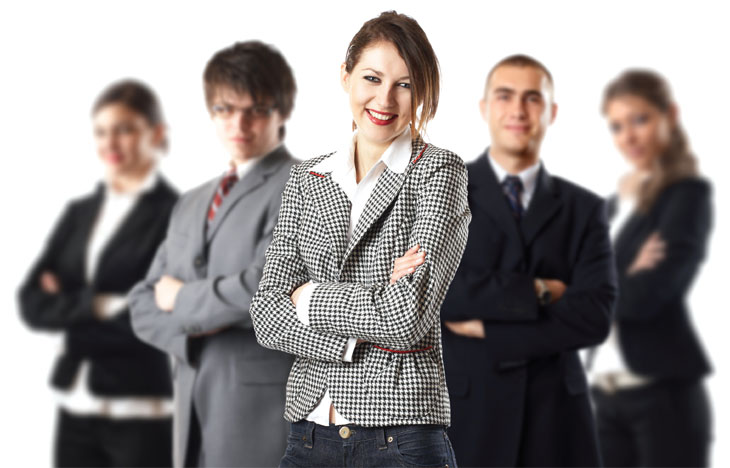 To do that effectively, training needs to be tied in to the overall appraisal and review process. The Negotiator Award winner, Robert Nichols explains how the review process works at Portico; the six-monthly review by the line manager breaks the role down into 20-30 different aspects, with a grading given for each, and both the staff member and the manager propose three aspects that they want to work on in the next six months. That often involves identifying relevant training.

E-learning can be useful, but training needs to be relevant and trainees need to understand the relevance to their jobs. Making it real is important. Frances Burkinshaw, Independent Trainer.

Very often, Nichols says, the manager and staff member propose exactly the same three areas to work on. That wasn’t always the case, but as the system has bedded in, staff and managers have both benefited from the fact that, “Everyone’s very clear on where they want to go and what they have to do to get there.” It takes time to get a new system to work, and managers need to have patience while changes are being made, but Nichols says, “Our training culture is quite embedded now.”

The system now gives every member of staff a bespoke training programme. Some of those who have already passed the basic qualifications, for instance, are now studying towards the Fellowship exams. In addition, the firm runs regular briefings on legislative or regulatory changes; as with other training, Nichols says, “We manage those in-house, but we do get experts in when we think it’s helpful.”

Giving staff a buy-in to their training programme through the review process is crucial to getting the best results. “Training supports staff in their aspirations,” Nichols says. “They’re not being told what to do. And we’re not focusing on where they fall short, but supporting what they can do to get better.” As part of that, Portico gives training to every member of staff, whatever their tenure, department or role, including administrative and IT staff.

Savills Pathways integrates training into annual reviews. Alison Tollerfield says that at first the allocation of training was rather generic, but now it is tailored by the specific role that each staff member occupies. Courses are role specific, and relate to the individual’s career pathway. However, she says, staff can see the entire selection of training that’s available to them, so that if they want to move on, they can request training that will help them do so. “The idea is you’ll develop in your own role,” she says, “but individuals also have visibility in terms of what they need to do to move on to another role. Each person has a tailored training programme. It’s trying to open up as many opportunities to people as possible.”

Training plans are part of the personnel record, and specific training requirements are always discussed during the review process. That’s also useful in a multi-site environment since feedback in aggregate form is delivered to the training team. “That gives us a view across the business, we can collate the needs that people are reflecting to us.”

She points out that training is often focused on getting good performers to move up, for instance by taking on a supervisory or management role or gaining more specialist knowledge. But supporting those who want to stay in their current role is also important. “When you’ve got someone who’s really good at something, and they just want to carry on doing it, then training can support them by helping them do it better. You could lose them otherwise, and sometimes they are some of your best and most visible people.”

Savills Pathways has so far focused on commercial sites, but a residential pathway is currently being developed, as well as courses for cleaning staff and concierges. It will be interesting to see how Savills approaches the residential sector – it could look rather different from most agencies’ training plans.

It’s easy to focus on property-specific training and forget other areas where staff need to have their skills improved. At Portico, for instance, training includes language courses where applicable; some of the European back office staff have been given advanced English courses, while on the lettings side some staff have learned Chinese in order to deal with Chinese-speaking tenants.

You might not think that your staff need photographic training; they’re planning to sell or let properties, not to win photo awards. But a small investment in the basics of photography and photo editing can reap rewards if better pictures bring applicants in. Media training is another area that you might not identify at first, but Alison Tollerfield says that particularly for the retail sites Savills manages, it can be important. And, she says, “While with residential we’re just on the first rung of getting our training provision sorted out, residential will have complete visibility of what we’re doing in other areas,” which could lead them to order up a more eclectic bunch of courses than would otherwise be the case. That also suggests agencies should keep an eye on the kind of training that’s available to commercial property agents and facilities management firms. You may not need the full toolkit of a chartered surveyor in your business, but there’s nothing wrong with keeping an eye on what RICS is doing.

But what’s the biggest thing missing from a lot of agency training? It’s surprising. As Robert Nichols says, “the interesting thing about this industry is no one teaches you how to be a manager.” So Portico added specific management training, to make the transition from negotiator to manager easier and ensure good negotiators don’t end up becoming poor managers.

Training supports staff in their aspirations, we’re not focusing on where they fall short, but we’re supporting what they can do to get better. Robert Nichols, Portico.

And at entry level, Jan Hÿtch says, one of the things that can be easy to miss is just how little life experience a 16-year-old starting out in agency probably has. “We have to take a step back,” she says; “They have never bought or rented a house. Do they know what a mortgage is?”

It pays to use a bit of imagination when working out what training needs to be done, even more so when thinking about how to do the training. Portico certainly doesn’t lack imagination – a couple of the key elements the firm uses are mystery shopping and role play. Robert Nichols says “we get our staff to experience what it’s like being an applicant or a landlord,” and they film employees’ responses to the mystery shoppers and play them back.

“We’re not trying to catch people out,” Nichols says; “it’s done from a developmental point of view and we talk about the issues raised in their six-month review. People are their own worst critics when they see what they’ve done.” And he says staff quite enjoy one aspect of the process; “It’s always a game to guess who the mystery shopper is, and they always get it wrong.”

Another weapon in the arsenal, which Nichols believes is one of the most potent, is encouraging them to learn from each other’s experiences, by creating forums for discussion. You don’t have to have Portico’s £2,000-a-year training budget per person to set up a discussion group, whether face-to- face or online.

But Portico doesn’t use one form of training – e-learning and webinars. Robert Nichols says e-learning leaves too much up to individuals, and it’s difficult to ensure everyone has actually used it. (It’s true that online courses such as those offered by Futurelearn have a high drop-out rate.) The Negotiator Award winner, Frances Burkinshaw, agrees that the usefulness of e-learning can be limited. “I know we live in a digital world,” she says, “and there is a lot of e-learning one can do, but not everything.”

But others think that e-learning has its uses. Alison Tollerfield says that Savills Pathways uses online learning for various topics, particularly in health and safety. “We push online learning out throughout the year on issues such as legionnaires’ disease and asbestos,” she says; it’s particularly useful when there is a need for training to be delivered fast. For instance, after the attacks in Paris last year “we turned around the materials in about 48 hours to go to all our sites,” and then emailed out the link.

Another advantage of e-learning is that once a course has been created, it’s done for good, and can be archived for employees to access at any time. “We keep a copy of everything,” Tollerfield says, though she warns that the downside of keeping an archive is that it needs to be checked to ensure information is still up-to-date, relevant and accurate.

However training is delivered, it needs to be relevant – and trainees need to understand the relevance to their jobs. Frances Burkinshaw says that, “making it real is important”; trainees always single out the real life examples as particularly useful in the after-course feedback she gets. Textbook examples are one thing, she says, but when you’re dealing with human beings, emotions get involved, and often there are two or three different issues, not just one. Taking people through a real example puts the book learning into context.

And as Alison Tollerfield says, a good course needs to engage the trainees and show them just why they need what they’re being taught. “I don’t want people walking out saying, ‘what was all that about?’”