Sign in or Sign up
The essential site for residential agents
Home » Features » UK housing market: ‘A weird situation’
previous next
Housing Market

That's the view of Designs on Property's Kate Faulkner as she tracks the housing market exclusively for The Negotiator. Read on to find out why. 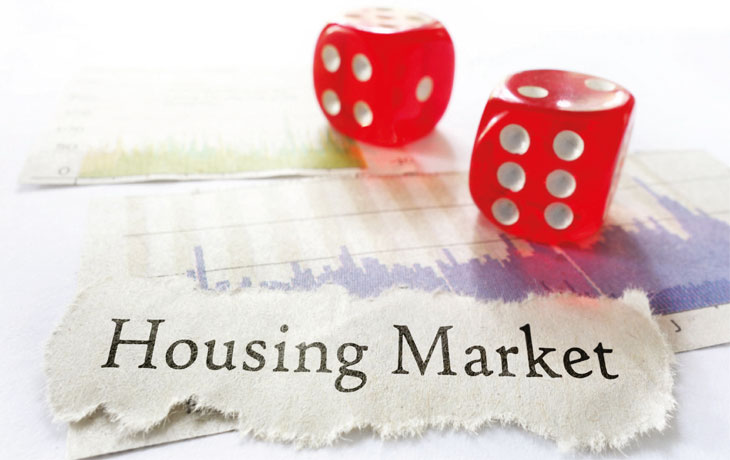 LCPAca Residential Index: “Whilst average prices for new builds reach 12.5 times earnings, the market as a whole begins to falter.”

Average prices across the indices vary from mortgaged only prices from the Nationwide HPI of £211,625, through to marketing prices (ie not necessarily sold) from Rightmove of £304,504, and actual prices from LSL Acadata HPI of £301,490 – a 42 per cent difference. Average sold prices from the UK HPI stand at £242,286.

Local economic conditions appear to be the main drivers of house price performance, not national conditions.

National housing market movements continue to hide the huge variety of changes to property prices at a regional level but also between the indices. The average annual change since 2005 shows that on an annual basis, property prices have grown by an average of 2.5 per cent through to 3.7 per cent, while current annual property prices are up between 0.7 per cent (LSL) through to 4.6 per cent (UKHPI). But overall it looks like we might be lucky to see a two per cent rise this year. Hometrack’s results show that Aberdeen property prices continue to fall through the floor -7.7 per cent year on year, while the top performers are Liverpool at 7.8 per cent and Edinburgh at 8 per cent. That’s a huge difference in performance and shows how local economic conditions appear to be the main drivers of house price performance as opposed to national conditions.

Kate says:
We are in such a weird situation on a country basis currently. Scotland is topping the charts with a seven per cent rise year on year, while prices are still only 2 per cent higher than they were 10 years ago. Wales and Northern Ireland are similar in that they are growing at by 4.5 and 4.3 per cent year on year. The performance versus 10 years ago though is stark – Wales just two per cent up over the last decade, while Northern Ireland is still struggling to get anywhere near previous prices – being 42 per cent down. For those that constantly talk of the ‘property bubble bursting’ it’s fair to say that in Northern Ireland for many home owners it already has and it’s hard to see at rates of four per cent annual growth if prices will ever recover.

Kate says:
From a regional perspective, Nationwide point out that the slowdown in London, the South East and East Anglia which have seen 60 per cent rises since the crash, have now “overshot” and prices are starting to fall. Meanwhile as the Midlands and most areas in the North and Scotland are doing well price growth wise, we are seeing a “narrowing” of the North and South divide, which is likely to continue over the next few years.

The big news on a regional basis is the struggling London market where 42 per cent of postcodes are registering year on year price falls. The remaining 58 per cent are still registering positive growth. So it’s not all doom and gloom who lives in the boroughs still growing or has been in this market for more than a few years, but for those that finally got onto the ladder in the last couple of years at the new market peak, there isn’t much good news in that Hometrack continue to believe prices will “drift lower” for the next 2-3 years.

RICS: “London continues to exhibit the weakest feedback, with a net balance of -47 per cent of respondents citing further price declines. The price series also remained negative in the South East, East Anglia and the North East, but to a lesser extent than in the capital. Meanwhile, prices continue to drift higher across all other parts of the UK, with Northern Ireland, Wales and the East Midlands seeing the strongest pick-up.

“On a twelve-month view, a headline net balance of +47 per cent of respondents anticipate prices will be higher in a year’s time. Expectations are most elevated in the North West, Wales and Scotland. London remains the only region in which contributors envisage prices falling.”

LSL Acadata HPI: “The North West continues to top the league, even though its annual rate has declined to 3.9 per cent from 4.5 per cent last month. Seven of the 10 regions are showing a slowing in their rate of house price inflation since last month, with the largest change being seen in Greater London, with a fall of -1.1 per cent. Two regions – the South East and Greater London – are in negative territory, meaning house prices are actually falling in these areas. Greater London could have been showing an annual fall of -3.4 per cent, were it not for the sale of seven properties in Kensington and Chelsea in February 2018, all having a sale price in excess of £10 million. The North East is showing the largest gain of all 10 regions in its rate of price growth, from (a revised) +0.3 per cent last month to +1.2 per cent this month.

Hometrack: “Half of the 20 cities covered by the index are registering higher annual growth than a year ago. Five cities are registering growth of more than 7 per cent per annum: Edinburgh, Liverpool, Leicester, Birmingham and Manchester. Ten cities are growing at a slower rate than a year ago with the greatest slowdown in Bristol, Southampton and London as affordability pressures impact market activity and the upward pressure on house prices.”

Most commentary focuses on what is happening to property prices, but property prices are driven by what happens to supply and demand, which is why performance is so localised, pretty much to a property on a street.

LSL Acadata HPI: “In March 2018 there were an estimated 63,500 transactions – based on Land Registry figures, up by 6 per cent on February’s total. This climb in numbers needs to be set against the seasonal trend of the last twenty years, where a 25 per cent increase in sales volumes is the ‘norm’ for this time of year, so on a seasonally-adjusted basis, turnover has declined by 19 per cent. Some of this decline will be due to the ‘beast from the east” the end of February, but there is also a lack of properties being put up for sale.”

For those who constantly talk of the ‘property bubble bursting’ it’s fair to say that for many homeowners in Northern Ireland, that bubble has already burst. Will prices there ever recover?

NAEA Propertymark: “The FTB stamp duty relief seems to be having the right effect, as sales to the group rose to 29 per cent in February, from 27 per cent in January. Year on year, FTB sales were the highest since February 2015 – last year they stood at 22 per cent and in 2016, only 24 per cent of all sales were made to the group. The average number of sales agreed per branch rose from seven in January to eight last month.”

Bank of England: “Mortgage approvals continue to be volatile and have fallen below their previous six-month average for both house purchase and remortgaging in February, to 63,910 and 46,622 respectively.”

RICS: “The demand backdrop remains subdued, as new buyer enquires reportedly deteriorated for a twelfth month in succession. Furthermore, only two of the twelve regions/countries covered by the survey saw an increase in new buyer demand over the month. One factor is the lack of new instructions coming onto the market. The flow of fresh listings slowed again in March, the seventh consecutive month. Average stock levels on estate agents’ books remain within a whisker of an all-time low. With a lack of choice hindering demand, sales continued to fall, extending a run of negative returns for the RICS Agreed Sales series stretching back to February 2017.”

Kate says:
Transaction data is a little scary just now. No-one wants a period of stagnation which spirals downwards into even fewer sales. A market where few people move when we are so short of newly built homes is a disaster economically. The property market helps to drive sales for cars (many change car when they buy a new home) as well as spending on a home. The loss of this consumer spending, loss of potential jobs in the industry itself and people trying to move to find work, only to find there is nowhere to move to can seriously damage local economies as well as property markets. As an industry it’s a must to start working out how to reduce the number of fall-throughs and withdrawals, which cost everyone money and starve the market of much needed movers.