Sign in or Sign up
The essential site for residential agents
Home » Features » How long for the lockdown bounce-back?
previous next
Housing Market

Kate Faulkner of Designs on Property makes sense of the plethora of property indices to give agents a clear snapshot. Here’s her latest summary. 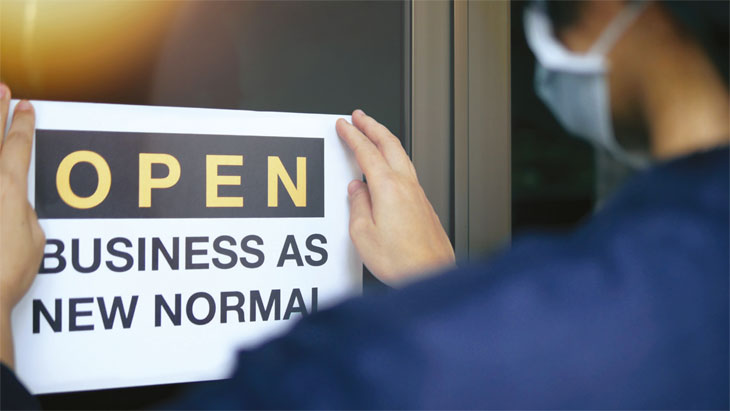 Nationwide: “House price growth slows sharply as the impact of the pandemic begins to filter through.”

Halifax: “House prices fall again in May – though activity starts to pick up.”

Hometrack: “Buyer demand across England spiked up by 88% after the market reopened.”

Headlines from the indices

RICS: “For new buyer enquiries, the headline net balance moved from a record low of -94% in April, to post a reading of -5% in May. As such, this indicator is consistent with a much more stable demand picture over the month. Alongside this, although the newly agreed sales indicator remained in negative territory, the latest reading was significantly less downbeat than that returned last month. Similarly, despite contributors reporting that new instructions coming onto the market continued to fall in May, it is noticeably less negative compared to the last reading. It is important to highlight that current activity metrics did not see any meaningful changes in Scotland, Northern Ireland and Wales, where restrictions on estate agents were not removed in May.” 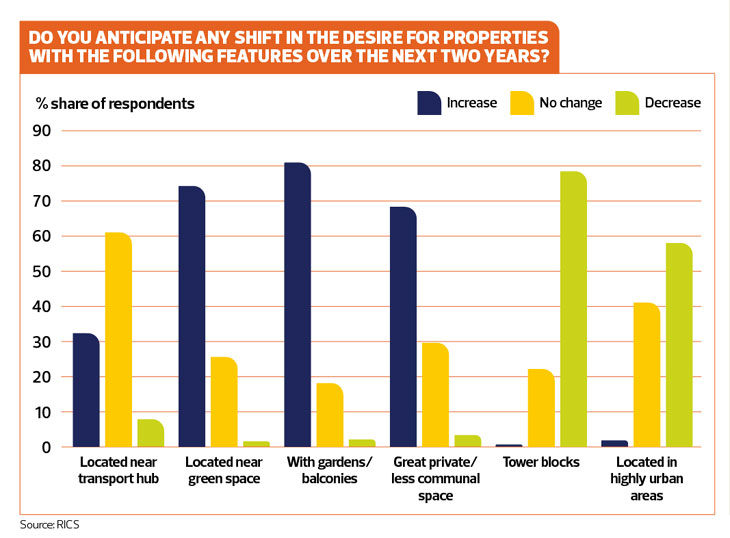 Hometrack: “The reopening of the English housing market on 13th May led to a surge of pent-up demand returning to the sales market. In the week after the market reopened, demand jumped by 88% and is currently 20% higher than at the start of March.

“A short-term rebound in demand was to be expected, especially given how strongly the market started the year. While the scale of the recent increase in demand is high, it reflects the fact that the market has been closed for 50 days (15% of the year), at one of the busiest times for market activity.

“It is also important to acknowledge that millions of UK households have spent a considerable amount of time in their homes over the last 50 days. Many are likely to have re-evaluated what they want from their home and are looking for change. This could well explain the scale and speed of the demand returning to the market.

Everyone needs to understand this current spike is going to come to an end fairly quickly; we’ll then see the real COVID-19 housing market emerge.

“However, it is hard to square the rebound in demand against projections for a sharp rise in unemployment and a major downturn in economic growth in the second half of 2020 and into 2021. We expect the economic impact of COVID-19 to feed through into market sentiment in the near term. We expect the recent spike in demand to be relatively short-lived, with demand likely to moderate over the coming weeks.

Knight Frank: “Demand is building and viewing levels are normalising as the market moves back towards its pre-lockdown state. In London, the number of new prospective buyers in the week ending 30th May was 35% above the five-year average. Viewing numbers narrowed to 34% below the five-year average after reaching their highest level since the second week of March.

“Meanwhile, outside the Capital, the number of new prospective buyers in the same week was 5% below the five-year average, which compares to declines of 70%-plus during the lockdown period. The equivalent decline for viewings was 28%.

What will happen to property prices and transactions moving forward?

The Land Registry data shows an incredible mix of property price performances going into the recession and in theory, as prices are in the main ‘underperforming’ versus the long term average, it should mean the lower forecasts of 5-10% falls or in some cases even none, should be the reality moving forward, rather than the ‘typical’ recession falls we see in the property market, and forecasts of falls of 13% (CEBR forecast) or 16% (Bank of England) are likely to be over stated (we hope!).

In addition, it’s been recognised perhaps for the first time that the property market has a big influence on economic growth, so perhaps we may see more stimulus from the government to ensure the property market moves forwards as much as possible rather than takes a back seat and drags the economic recession down further. Things like 95% mortgage guarantees and stamp duty reductions could help keep the market positive moving forward.

Probably the best information on how the market might develop has come from Knight Frank, albeit mainly for London. They have reported:

“The average asking price discount in the UK during the market lockdown was 4.4%. Since the market re-opened, the figure is 2.7%. Meanwhile, the average offer made was 8.3% below the asking price while lockdown measures were in place. That has narrowed to 6.2% since 13th May.

“Average prime central London prices fell by 1.4% in May, taking the annual change to -5.1%. Meanwhile, the monthly decline in prime outer London was 1.7% in May, producing an annual decline of 5.8%.”

And as sentiment is so important, they have even asked people what they think will happen to prices and the same proportion think prices will rise as fall!

Meanwhile, according to Hometrack: “The rebound in London has been less pronounced than other cities and could reflect a portion of new demand looking outside the city – which could be a result of the lockdown and people wanting to trade out into commuter towns, but it will also be a function of affordability. Demand has bounced back strongly in northern England and cities along the south coast.”

Their data shows that in some areas, we are seeing a big spike, while London and another big city, Birmingham, demand is still low, obviously Scotland and Wales have yet to re-open.

We are very much in a ‘spike’ mode currently; I agree with Hometrack. Pent up demand (for both purchase and sales) from pre-lockdown as well as during lockdown and the ‘cushion’ of people be furloughed is definitely keeping things more positive, even resulting in some agents reporting properties being sold in excess of current asking prices, but this is unlikely to last.

It’s not a surprise, people have been shut in homes for the last two to three months that don’t suit them personally or financially and with this once in a lifetime experience, I am confident people are more keen to move than worry so much about getting ‘a good deal’.

It’s also why we won’t see what the real COVID-19 property market will look like until existing sales/purchases have gone through, and the new buying and selling market is experienced and reported on over the summer, and more likely, into the Autumn.

In my view, whether in rebound mode or when we see the new market performance, it’s likely that property prices will differ incredibly over the coming months. RICS research shows that for some properties they could do even better demand wise post lockdown while others demand is likely to fall.

We don’t as yet know how much of an actual impact this will have on the market, but for me, demand and supply is going to become increasingly individual and my message to the property price indices’ manufacturers is that now is the time to re-look at how they measure the market.

We’re producing the same data we have for decades, but we have so much more interesting and useful data than average house price changes month on month and year on year. House price averages are going to become less and less relevant to consumers, surely we can do a better job to help them make their decisions moving forward?

Finally, everyone needs to understand this current spike is going to come to an end fairly quickly; we’ll then see the real COVID-19 housing market emerge, but we are still a month or so away from seeing that (as at 10th June ).