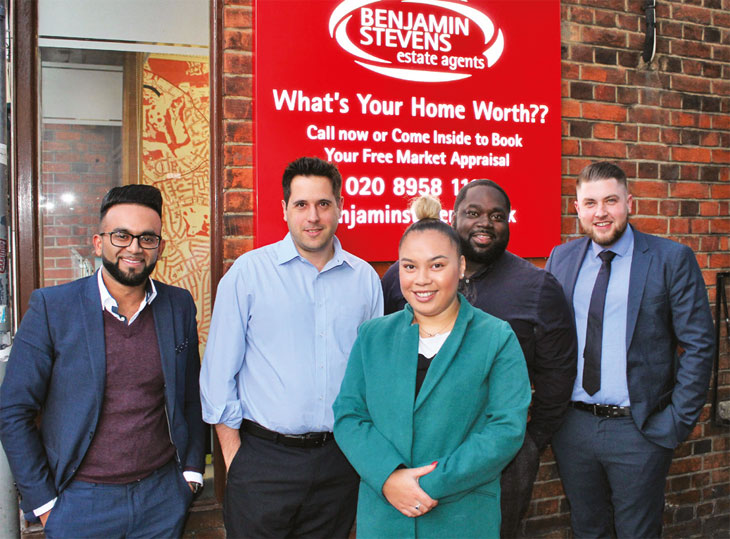 Benjamin Stevens Managing Director of estate agency Steven Wayne believes that the property industry is shifting and established agencies like his need to move with the times, or get left behind.

Benjamin Stevens’ first Hub, covering the Harrow and Wembley area in London opened in September 2018 and in November they launched their second hub, in the centre of Luton.

The agency will be celebrating its 15th anniversary in January, having started in a small serviced office in Mill Hill, London.

They have expanded to operate sales and lettings departments spread over two branches in Edgware (since 2004) and Bushey (since 2009), as well a large, well established block management practice (since January 2017). Before the opening of the hubs they only covered Edgware, Stanmore, Bushey, Mill Hill, Colindale, and surrounding areas.

Steven Wayne was 22 when he started the business and at 37 he wants his agency and brand to go nationwide: “In North West London, you see some well-known agency names with branches everywhere. I wanted to try a different route.”

Steven added, “As with a Hub, we can cover a larger radius and the set-up costs are cheaper as you don’t necessarily have to be based on the High Street. I have already got three people working out of our Edgware office, each servicing areas that we didn’t cover before. It’s working very well.”