Company's withdrawal from the high street and switch to huge regional hubs is reaping financial and customer service benefits, it is claimed.

Hub-hugging estate agency Humberts says its first four months under new ownership have seen the company move into profit after a “tough few years”, its Chief Operating Officer has revealed.

The move out of substantial losses follows a decision to close all its branches other than a handful of franchised offices and the transfer of staff into several large regional non-high street hubs.

“The positive trading results have given us a huge boost – both in terms of company morale after a tough few years, and our company budgets,” says Tim Simmons (left).

“This is a hugely exciting phase for Humberts and we are pleased to say at this point there is still plenty more to come so, watch this space.”

The first of the hubs is in the Dorset ‘new town’ of Poundbury created by Prince Charles during the 1990s on the outskirts of Dorchester.

The 4,500 sq ft hub (see above and below), which Humberts is renting on a seven-year lease for £68,000 per annum, is employing Property Consultants and Lifestyle Concierges rather than negotiators. It will act as an office mainly for back-room staff but also as a hub for on-the-road sales employees.

Humberts says its new model being rolled out at its Poundbury hub has enabled it to move into new territories without the need for a high street offices. 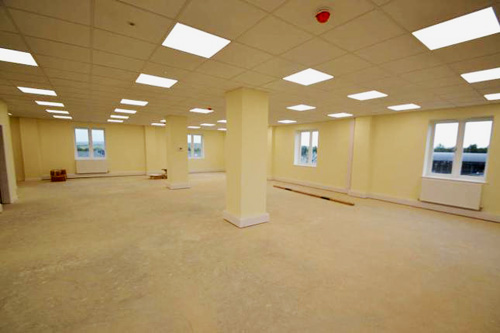 This includes new representatives in South Hams, Devon, the North Cotswolds, and Frome/ Bruton. The next hub to open is believed to be in Tunbridge Wells, Kent.

Humberts was bought out of voluntary administration in May for an undisclosed sum after a torrid few years including losses of £1.45 million during 2015, its last full accounts published last year prior to be being bought by holiday firm Natural Retreats show.

To find out more about Humberts, hear CEO Matt Spence speak at next month’s The Negotiator conference in London.