Franchisees' ability to choose how and when they market their properties now lies partially with Hunters HQ. 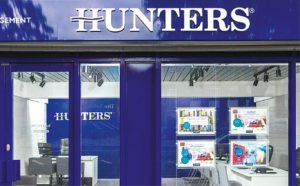 The recent deal by stock market-listed estate agency Hunters Property Group to list all its franchisees properties via OnTheMarket.com (OTM) significantly changes the way its franchisees choose how to market their listings, it has been revealed.

Until now it is believed that franchised branches were free to choose which portal they list their properties on and, at different times, have signed up to he OTM and either listed with Zoopla or Rightmove.

But now that the ‘one other portal’ rule is dead in the water following the recent decision to demutualise OTM’s parent company Agents Mutual and float the portal on the AIM stock market, Hunters has taken the unilateral decision to move all of its franchisees on to OnTheMarket.com.

A spokesperson for Hunters, said: “We can’t comment on the extent of the deal yet but we see it as a positive step for the whole network, which will provide the best solution in terms of creating exposure for our properties.”

Only a handful of Hunters’ franchisees list with Rightmove while 180 list with Zoopla out of its’ total network of more than 200 branches.

“Some of the Hunters franchised offices have joined OnTheMarket on an individual basis at various stages since launch,” an OTM spokesperson said. “Under the agreement announced last week, Hunters will advertise all of its UK residential sales and lettings properties at OnTheMarket.com [and] actively promote the portal brand with digital and branch-based marketing activity”.

And like last week’s similar five-year deal between agent grouping Chancellors and OTM, the new agreement is conditional upon a stock market IPO taking place.

Glynis Frew, Hunters Group CEO (pictured left), said: “We have long believed that agents and property-searchers would benefit from a strong pro-competitive challenger portal and we are delighted to announce our strategic decision to support OnTheMarket. As a well-funded, agent-backed business, we see it as uniquely placed to grow to provide a credible market-leading portal.”

Ian Springett, Chief Executive of OnTheMarket, said: “I am very pleased that a group with the reputation, scale and ambition of Hunters Property Group is committing to a strategic partnership with OnTheMarket.”