The recent announcement of a significant recasting of its business model leads Nigel Lewis to wonder where that leaves the great disruptor. 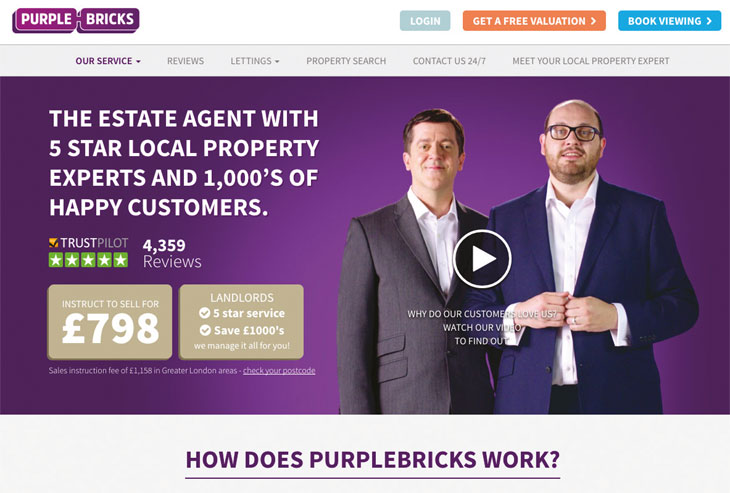 Many of you reading this will be aware of the seismic change at Purplebricks which, last month, announced that it is to bring all its self-employed field LPEs and Territory Owners onboard as staff.

The agency, which has for many years framed itself as a disruptor and ‘hybrid agency’ offering an alternative to the high street, has made a move towards the traditional high street model that it has – albeit less so recently – enjoyed taking apart.

In fact, the only differences between the two now is that Purplebricks has no branches, offers a fixed fee and charges extra for viewings.

Multiple commentators have suggested that the dead hand of HMRC may be involved – the ongoing application of the IR35 rules mean many companies within the property industry and outside it are struggling to define what constitutes a ‘contractor’ opposed to a self-employed provider of services. “This has been under way for some time and is no sudden epiphany; HMRC has long looked at the Purplebricks ‘gig economy’ model where LPEs are solely working for Purplebricks, which provides them with all their work, trains them and gives them a schedule of what they do – and has decided that they are employees all along,” says industry commentator Andrew Stanton.

Purplebricks did not mention this factor in its public statement on the move to a staff model, but nevertheless even if you discount this, it’s a seismic shift for the agency.

What I suspect is another reason behind the decision is… remuneration. During the property market lockdown when sales ground to a halt, many self-employed Purplebricks LPEs (and other copycat hybrid agency field negs) were left high and dry by collapsing sales pipelines.

The company recognised this, saying at the time, “The COVID-19 crisis has had a particular impact on those who are self-employed working through a limited company. That’s why we committed to help our-LPEs by establishing a dedicated fund of up to £2.2 million at the beginning of the pandemic.”

It’s reasonable to assume that Purplebricks, after spending a small fortune supporting its self-employed people through the roughest times, concluded that paying its field agents in a more direct way through employment was a better solution.

During the lockdown, when sales ground to a halt, many Purplebricks LPEs were left high and dry.

In the past not all hybrid self-employed agents working for the agency have enjoyed the way they’re paid. In October last year The Neg reported on an East Midlands LPE who said 80 per cent of his colleagues in the region were fed up with the way they earned their crust after recent changes. Purplebricks said it “does not recognise” the LPEs experience in the field. And go on to Twitter and other social media platforms, and you can find other former self-employed hybrid agents complaining that they disliked working long hours just to earn an average salary.

Which is why many are attracted to the other hybrid agencies within the industry such as Keller Williams, eXP UK, Harding Green and Hortons (whose MD I interview for this issue on page 34) who have taken a different approach.

Their business models let their self-employed field representative keep half or more of the commission they earn – and sometimes up to 70 per cent – so working hard can earn them very good salaries including one, Brendan Petticrew of Newman Property Experts, who claims to have earned £100,000 in a month.

Another irony of the Purplebricks move to bring its LPEs and TEs in-house is that many of the self-employed hybrid estate agency chiefs I’ve spoken to in recent months all say it was the success of Purplebricks that undoubtedly broke the mould and helped them on their way.