Don’t get washed up by money laundering rules

After 2015's Channel 4’s exposé From Russia with Cash, RICS expelled a member for his role in money laundering. Andrea Kirkby explores what the subsequent AML regulations have meant for estate agents. 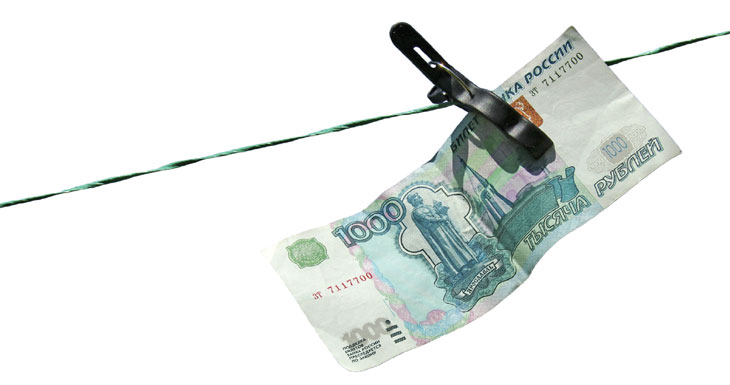 RICS’ expulsion of one of its members after the ‘From Russia with Cash’ exposé a few years ago reminds us that estate agents need to be wary of falling foul of anti-money laundering regulations.

In May 2018 the Sanctions and Anti-Money Laundering Act received Royal Assent making it more difficult to launder dirty money through the UK property market, while several high-profile cases of non-compliance by agents under the Fourth Money Laundering Directive have been uncovered following its introduction in June 2017. This requires checks to be carried out by agents on both the vendor and purchaser in a transaction.

WHY WAS THIS ALL NECESSARY?

Transparency International’s Policy Director, Duncan Hames, says during the ten years up to 2015, property worth £180m was put under criminal investigation. That suggests UK property had become a safe haven for corrupt capital from around the world. Offshore corporate secrecy has been particularly useful, with many companies now being bought through offshore companies whose ultimate ownership is unknown.

The solicitor and the estate agent may each assume that the other has done the due diligence, leaving you exposed to risk of prosecution. Duncan Hames, Transparency International.

Michael Ruck of solicitors Pinsent Masons says it has become a real issue over the last decade. “It’s a London problem, a national problem, an international problem. In reality, no-one knows how much dirty money is coming through the UK.” But he’s sure that it’s larger than the numbers that have actually been identified.

IT COULD BE YOU…

That’s one reason why anti money laundering (AML) measures have moved up the political and regulatory agenda. It’s also a good reason why agents should do more than simply pay lip service to AML regulations.

Michael Ruck says the Money Laundering Regulations 2007 and the subsequent Money Laundering, Terrorist Financing and Transfer of Funds (Information on the Payer) Regulations 2017 impose specific obligations: “Doing due diligence, training your staff, having a money laundering officer and identifying beneficial owners of companies.” First, though, agents must register with HMRC, the sector’s supervisory authority. As buying agent Henry Pryor notes, the definition of ‘estate agent’ includes buying agents, relocation agents, and anyone advising clients on the sale or purchase of properties. Yet out of 19,000 offices, according to Transparency International, under 8,000 are registered with HMRC.

These agents are courting disaster. As Michael Day of Integra Property Services says, “It wouldn’t be too difficult for HMRC to find them. All they have to do is look on Rightmove.” Even among agents that have registered, not all are really on top of the requirements. “It’s a bit mixed when I look at what’s going on out there,” he says. “They have to train their staff, and that’s where a lot of them are falling down.

Agents are also filing a very low number of Suspicious Activity Reports (SARs). Henry Pryor compares 284 SARs to 1.2m house purchases involving probably 3-5m different parties last year, and says, “We’re just not suspicious enough. Either we don’t have anything like the problem we think we have, or we’re not doing our bit.”

As the ‘From Russia with Cash’ episode shows, a business doesn’t actually have to help launder money to be at risk; if HMRC deems its systems to be vulnerable, it can take enforcement action. So though sticking to the letter of the law might seem attractive, it could be a risky strategy. Henry Pryor says, “I’m sure HMRC is just itching to find someone to make an example of.” And he points out guilty parties won’t just get fined, they could go to jail.

(By the way, agents who think their insurance will help them may be disappointed. “It depends what’s in the policy,” Michael Ruck says, but he points out that most professional indemnity insurance has an exclusion clause “if the owner engages in criminal activity” – which includes facilitating money laundering.)

It’s still unclear exactly how much compliance is enough. Michael Ruck asks “How far do you need to go in identifying beneficial owners? There’s new advice on this from HMRC, which is worth a read.

Identifying beneficial owners of companies and trusts can be hard. Duncan Hames says that a property transaction usually occurs at the end of a series of money laundering transactions – the money has already gone through a number of financial transfers to disguise its origins, a process known as ‘layering’. It can take the police months to peel back layers of secrecy; how can you be on top of the issue?

Fortunately help is available. HMRC and the National Crime Agency have substantial resources available on the web, while many legal firms also offer free guides to AML regulations, at varying levels of depth. RICS offers a web class (£40), and Michael Day says, “Come on my training course!”

Henry Pryor thinks that’s a good idea. “If you get a knock on the door, you can say ‘yes, we take it seriously, we have a money laundering reporting officer, we did the training.”

Software can also help, both with establishing robust checking processes, and with automated checks. ETSOS, for instance, has electronic AML checks against the Treasury Sanctions lists of Politically Exposed Persons, while Integra offers TracewiseUK for AML checks.

Agents should be careful, though, not to simply read the AML regulations and tick the boxes. For example, the new 2017 regulations require agents to check buyers – something previously they weren’t required to do.

Making the assumption that someone else has done the due diligence is also dangerous. Duncan Hames says “Often the estate agent and the solicitor each assume that the other has done the due diligence.” But solicitors can be complicit in money laundering. HMRC also believes sub-agents shouldn’t rely on the main agent’s checks – and should run checks on the main agent. (Property platform LonRes has launched an agent-to-agent AML checking service specifically for this aspect of compliance.)

However, prevention is better than cure and SmartSearch UK’s CEO John Dobson, says agents can save themselves a lot of worry with new services. “When electronic verification is widely available and so inexpensive its hard to understand why many agents still follow a high risk selfcertification document route to identity checking and many feel it unnecessary to check Sanction & PEP watchlists.

“Electronic AML compliance is so easy and inexpensive, indeed many of our clients add this as a very profitable disbursement. Some argue that the market is so competitive that the cost of EV can’t be passed on or carried by the agent. Come on; the average house sale is reported as circa £200,000, the average agent fee is 1.5% = £3,000 and an AML check is circa £2 which is equivalent to 0.0006% of the cost of sale. Do you really think your clients are this discriminating or price sensitive?”

A further pitfall lies in the rules against ‘tipping off’. It’s a criminal offence to let someone know you suspect them of money laundering. Michael Day says, “Where you have a small team in an open plan office, you may want to ask advice, but if you talk about this kind of thing too openly it can easily lead to tipping off.” If you make the decision not to proceed with a transaction, you need to explain that without tipping the relevant parties off; that can be tricky.

Michael Ruck says urgent deals can pose tricky questions, as the NCA takes time to reply once an SAR has been filed. Should you pull out, delay, or put the transaction through and still file an SAR – and how do you reconcile the need to comply with AML regulations with the best interests of your client? “It is not an easy question,” he says. “I speak to colleagues, and we have a Money Laundering Reporting Officer too. I don’t take the decision alone.”

News stories focus on London, where 90 per cent of luxury new build sells to international buyers, often from regions with significant corruption challenges, but agents shouldn’t overlook home-grown criminals. Henry Pryor says some people are “buying little two bed cottages in the North-East, because that’s not where people are looking. They’re buying with dirty money, renting out, and making a pension out of it.” (and, according to Transparency International, laundering carries on once the property is rented, with rental payments laundering further cash – one reason that lettings agents may end up being brought into the ambit of regulation.) 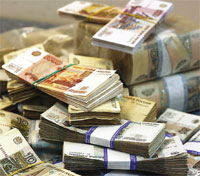 Roubles (and other cash) can bring troubles.

Michael Ruck says. “If I wanted to buy a house to launder money, I’d get a small agent and a small solicitor who arent up to speed and won’t ask questions because they’re grateful for the business.”

All kinds of behaviour can be grounds for suspecting money laundering. A buyer who hasn’t viewed the property, or a vendor selling below market value, or ‘flipping’ at a loss, can be signs that something’s up. Michael Ruck pinpoints another not uncommon situation. “A builder earns £50,000 a year and has £1m in cash. There’s a question there, isn’t there?”

Money laundering compliance is becoming more complex. The Criminal Finances Bill, which recently became law, introduces new offences of ‘failing to prevent tax evasion’ (which could mean having to report attempts to reduce property prices to below stamp duty thresholds by getting the buyer to pay costs) and ‘failing to prevent an economic crime’. And it looks like one thing Brexit won’t derail is the the Fifth EU Money Laundering Directive, which will come in during 2020.

The new legislation changes the game completely; the additional offences vastly expand the agent’s legal responsibilities and potential risks. “It exposes you to significant risk of criminal prosecution,” Michael Ruck says. He points out that in a multi branch business, “if you’re not supervising and checking, that could expose you to a charge of failing to prevent an economic crime” if one bad member of staff is engaged in mortgage fraud or money laundering. Duncan Hames says “There’ll be a fairly stiff learning curve,” particularly for lettings agents who will be caught up in the regulations for the first time.

That may leave you wondering why money laundering is all that important. Isn’t it a victimless crime? Absolutely not, says Duncan Hames; “Money laundering represents the ability of the world’s worst people to get away with impunity – drug dealers, tax evaders, corrupt politicians.”

If you don’t care about that, perhaps Henry Pryor’s point will convince you. “The vast majority of property’s value is based on our reliable, robust property law,” he says. “If you undermine those regulations and allow people to circumvent them, you undermine people’s confidence. And that, of course, will have an impact on the market.”

Plug in to the app revolution