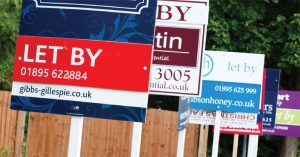 The number of properties available to rent has fallen and prices are rising as the government’s recent Stamp Duty and tax allowance changes take their toll on the the lettings market, says franchise giant Belvoir.

“Belvoir’s Q1 rental index, which is prepared for us by property expert Kate Faulkner, has identified some interesting trends, which we believe are a direct result of recent changes to BTL legislation,” says Belvoir’s Chief Operating Officer, Dorian Gonsalves.

Dorian says the reasons for this include additional Stamp Duty for buy-to-let property buyers and the radical changes to the way mortgage interest tax relief is calculated, which has reduced or cancelled out profits for many landlords.

To counter these measures, Belvoir says, landlords are seeking the highest rental prices for their properties and driving up rents across the UK which have risen year-on-year by 5.75%.

“Since 2008 [when Belvoir began its index] rents have moved broadly in line with wages and large movements over and above +/-5% rarely happen,” says Belvoir’s Chief Operating Officer, Dorian Gonsalves (pictured, left).

“Although some areas of the South East reported slight falls in rent, other areas, such as the East Midlands and Yorkshire saw increases of over 7% year on year.”

Belvoir says the increases in rent are also being driven by statistical factors in the lettings market such as an increase in the number of HMOs in the market and more prime properties, both of which tend to drive up local averages.

“Renting now accounts for 20% or more of the housing market, and with a General Election looming, housing is clearly heading up the rankings of importance,” says Dorian. “A review of the manifestoes of all the main political parties confirm that all are making promises about housing, with particular emphasis on the PRS.

“Whilst some initiatives may help some tenants, it is unfortunate that the general view seems to be to ‘curb’ smaller BTL investors in favour of large landlords and a reduction in BTL investment altogether. This could cause a further decrease in stock levels, making it much tougher for tenants to secure a property, especially as demand is expected to continue to increase over the coming years.

“All parties are promising an increase in the building of new homes, but the reality is that unless land is sold or developed at a discount, it will be quite difficult to provide rents at anything less than existing landlords are doing. This is already the case in London where large landlords, who are backed by the Government, or Housing Associations and are now entering into the PRS can make renting viable at existing market rents.”