Sign in or Sign up
The essential site for residential agents
Home » Features » MEES: A ticking timebomb
previous next
Regulation & Law

Make sure your landlords are aware of the new rules for Minimum Energy Efficiency Standards says Andrew Jacobs, Head of the Commercial Property Department at Seddons. 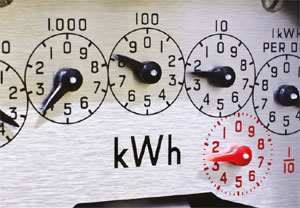 Fast approaching is a date that all landlords should have saved in their diary. From April 2018, landlords will face civil penalties if granting new, or renewing existing, leases of residential and commercial properties which do not meet Minimum Energy Efficiency Standards (MEES). Introduced just weeks before the General Election, the Energy Efficiency (Private Rented Property) (England and Wales) Regulations 2015 present a ticking time-bomb for landlords. Currently, almost one in five commercial properties in England and Wales are in danger of non-compliance.

With a few exceptions, each time that a residential or commercial property is sold or rented, an Energy Performance Certificate (EPC) is required. This is the government’s method of collecting data on the energy efficiency of properties (which is stored online) and regulating standards. Every ten years, the landlord or property owner must instruct an accredited EPC assessor in order renew the EPC, although building conversions and changes in size may also require a reassessment.

Landlords with EPCs of F or G ratings must improve their energy efficiency.

As with A-Levels, EPCs are graded A to G, with A being the highest level of efficiency and G the lowest. From April next year, landlords holding property with a rating of F or G will have to carry out works which improve the energy efficiency of their buildings to E or higher. However, being prevented from extending leases or issuing new tenancies is not the full extent of possible penalties under these new regulations. Landlords that refuse to undertake the necessary improvements will face civil penalties of up to £4,000 for any one breach.

The Department for Communities and Local Government (DCLG) has a timeline set out for further regulations to take effect. From April 2020, MEES will apply to all residential lettings, by 2023, they will apply to all existing commercial leases. 2025 will see the lowest permissible EPC rating for any property jump from E to D, and from D to C by 2030 for rental properties.

MEES apply to all houses and self-contained flats, while non-self-contained flats such as bedsits do not require an individual EPC. There are other exemptions: listed buildings, stand-alone buildings with a floor area of less than 50 square metres, and residences intended to be occupied for less than four months of the year are also excluded from the regulation. Furthermore, landlords can be granted a five-year respite from complying with minimum standards if they undertake improvements that are cost-effective but still leave the property with a rating below an E, or if the property remains below an E rating, and the measures required would devalue the property by more than five per cent. To be granted an exemption, landlords will have to notify the Private Rental Sector Exemptions Register, which opens in October 2017.

IMPACT ON THE WIDER MARKET

So what do levels of compliance look like in the property market today? A DCLG research paper, produced by tech developer arbnco (formerly known as CO2 Estates), found that 19 per cent of all commercial property in England and Wales is in danger of failing to comply with MEES. This degree of non-compliance could trigger a reduction in capital value of up to 10 per cent, which would risk £16.54bn being wiped off the value of the UK commercial property market.

What’s more, research by property management company arbnco (formerly known as CO2 Estates) into a portfolio of properties which were considered ‘well managed’ indicates that many more properties require works either to prevent falling into non-compliance, or to avoid sinking in the rising tide of tightening regulations over the coming decades. The findings were that a quarter of properties dropped a band after reassessment, whilst the number of properties awarded the unlawful F and G ratings rose from 14 per cent to 22 per cent. In one third of reassessments of commercial real estate with ratings of D and E, the properties dropped into the non-compliant bands F and G – meaning that the landlord would not legally be able to renew existing leases or grant new tenancy agreements.

The rental market is in turbulent waters. Rents across the country have fallen for the first time since the financial crisis in 2008, according to lettings agency Your Move. The rate of house-price growth is slowing too, although certain strongholds in central London remain steady.

The degree to which these trends are related to Brexit, and the continuing fallout from this, is unclear. Previously, landlords have often preferred to pass the cost of regulation onto the consumer. However, if the uncertainty continues, or worse, the bubble bursts and prices fall, it is likely that the market will not let landlords get off so lightly.

Andrew Jacobs is Head of the Commercial Property Department at Seddons. 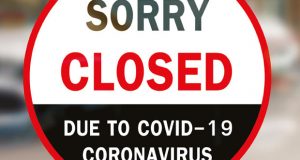 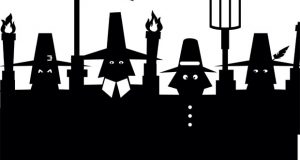