Three leading agencies are already using the KeyNest app, which tracks who holds a key and where it is, displaying the data within an app.

Access management proptech KeyNest has officially launched a new app service that enables letting agents to see a real-time representation of where all their property keys are at any given time.

Called KeyNest Pro, the company says the service finally does away with manual logbooks that agents often use to track keys as they are booked in and out of branches.

The service has already been trialled by branches of Ludlow Thompson, Martin & Co and Belvoir.

KeyNest started out as a way for agents to record the movement of keys, and also set up a network of corner shops where agents, tenants and maintenance and repair staff could drop-off or pick-up sets of keys without having to go the agency’s’ branch.

Giving all agents access to real-time key locations, a simple search of a key name in the app will show who has the key, when they took it, and when it’s due to be returned.

If a key is not returned to the office when it’s supposed to be, KeyNest Pro sends an automatic SMS to any member of staff or contractor with an overdue key, reminding them to return it immediately.

“With the property market heating up again, staff shortages mean sales and lettings negotiators have more keys to juggle than ever before,” says founder Marc Figueras (pictured).

Lettings manager Michael Rourke who runs the Tooting, South London branch of Ludlow Thomson, says: “Our whole team has benefitted from the extra element of monitoring that simply scanning our keys with the app provides, as now even when we aren’t in the office, we can all easily find out who has any set of keys, and when they are due to be returned.” 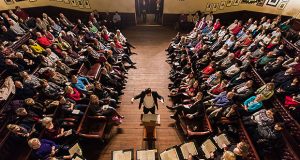