The number of prospective new tenants registering with agents in September was 56% higher than last year, says Knight Frank. 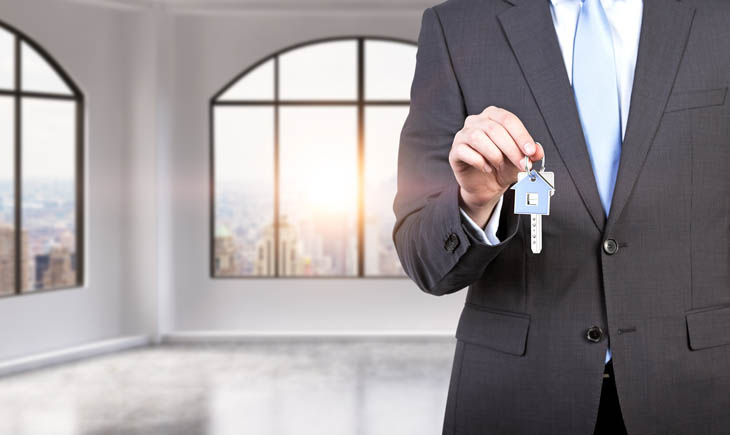 The number of tenancies started in September in prime London was the highest monthly total in the last 10 years, according to a new report.

In addition, the number of prospective new tenants registering with agents was 56% higher than September last year.

The findings come in the latest study by Knight Frank, which shows that average rental values rose on a quarterly basis by the largest amount in a decade in prime central (2.8%) and prime outer London (2.6%).

A ‘sprint for stock’ has driven activity in the lettings market as universities return, offices re-open and overseas tenants begin to arrive in greater numbers.

The number of market valuation appraisals, a measure of supply, fell 25% between January and September. This was the result of owners capitalising on a resurgent sales market during the stamp duty holiday and the disappearance of short-let properties from the long-let market as staycation rules were relaxed.

Gary Hall, head of lettings at Knight Frank commented: “With a continued lack of new properties, the volume of prospective tenants looking to rent is still very high.

“It has got to the point that some need to look at different options if they are unable to find the right property, including short-lets and longer-term hotel stays.”

He added that tenants who found bargains in the depths of the pandemic may need to adjust their expectations as tenancy agreements come up for renewal.

“Landlords who took heavy reductions last year are now looking to recoup their losses at the point of renewal with increases of 10% or more,” he said. 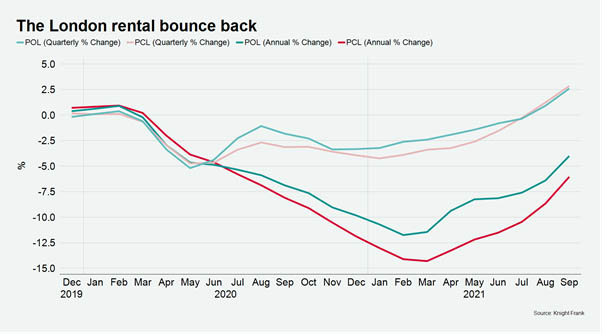 Meanwhile in sales, demand continues to surge this autumn as supply plays catch up. Excluding 2020, the number of prospective new buyers registering in London was 27% above the five-year average in the third quarter.

Other metrics were equally positive given the potential for a post-stamp duty holiday lull. The number of offers accepted was 51% higher and total exchanges were up 10%, Knight Frank data shows. However, on the supply side, the number of new sales instructions was 21% down.

David Mumby, head of prime lettings at Knight Frank said: “There has never been a busier lettings market at any time over the last 20 years, it feels like we have been through a five-year cycle in 18 months.

“We are seeing competitive bidding across prime central London markets, with new tenants mainly being ‘London leavers’ who now are returning to the office, and international students who are still agreeing properties purely based on virtual viewings.

“There is a chronic shortage of stock, especially for the most popular property types; family houses and pied-à-terres.”