If you view potential tenants who are on benefits as unwelcome or unwanted, think again says Frances Burkinshaw. 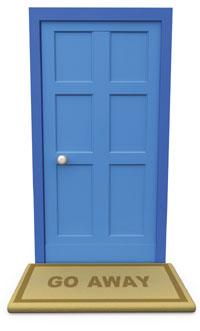 During the Summer a mother of two brought an action against a landlord for refusing to rent a property to her on the basis that she was in receipt of DSS benefits. She won her case!

In this highly significant court hearing, District Judge, Victoria Mark ruled ‘No DSS’ rental bans are against equality laws as by “rejecting tenancy applications because the applicant is in receipt of housing benefit was unlawfully discriminating on the grounds of sex and disability”.

Agents and landlord should now be particularly careful when assessing an applicant to rent a property in case they fall foul of this ruling.

This issue has been bounded about for decades – literally. I used to cover this issue in training courses that I ran for ARLA back in the early 2000s.

In my view it is not as simple as saying that a ban is illegal; there are several other areas to think about. Indeed, way back a barrister warned me, as a trainer, to instruct delegates to beware in case an applicant might take the matter to the Court of Human Rights in Strasbourg!

In my view people in receipt of Housing Benefit/Universal Credit are no better or worse tenants. Back in the dark ages some landlords considered such people to be ‘second class citizens’! Absolutely not so today – and most certainly not since the awful crisis the world has lived through this year with COVID-19. So many more people have lost their jobs and have had to rely on the benefits system.

Apart from the fact that benefits are paid in arrears and there is a delay in starting the process, the money is regular and prompt.

What an agent must consider, however, is whether he/she will be acting in the landlord’s best interests. The agent will have a contract with the landlord and this contract will, in essence, state that the agent must seek the ‘best’ tenant for the landlord’s property – one who will come with good references and be able to pay the rent and deposit.

References could present problems; the previous landlord’s reference may be excellent but what about the credit reference? This is unlikely to be satisfactory. In this case other problems could arise for the landlord such as rent and legal insurance cover which would not be available without a good credit rating.

Back in the dark ages some landlords considered such people to be ‘second class citizens’! Absolutely not so today.

So, most agents who are happy to accept benefit tenants also ask for a Guarantor to guarantee the tenancy including payment of rent. This Guarantor must also ‘pass muster’ reference-wise.

Clearly it would be very unwise to put signs in windows stating ‘NO DSS’ or similar words in advertisements. If, however, you believe that the applicant will be unable to provide references or a Guarantor then the best way of declining the applicant might be to say that unfortunately they will not meet the terms of the contract that the agent has with the landlord. This would, in fact, be true and the agent would be acting in the landlord’s best interests, as per his contract. Were he simply to accept all and sundry who applied he would clearly be in breach of that contract.

Evictions – moratorium will go on

As I write, there is a general suspension of enforcement of all possession orders for residential property until 23rd August 2020 [this has since been extended until 20th September. Ed]. Government has said the following:

“Where tenants do experience financial difficulties as a result of the pandemic, the government is clear that landlords and tenants should work together and exhaust all possible options – such as flexible payment plans which take into account a tenant’s individual circumstances – to ensure cases only end up in court as an absolute last resort.”

Landlords and agents should not simply believe that possession orders will be granted when the moratorium ends. There will clearly be a large queue of cases waiting to be heard and the above Government advice should be taken on board.