Chilling details of a fire in a Palmers Green apartment block four years ago reveal how its 20 residents narrowly escaped death after a fire broke out in a stairwell.

A property management company operating residential properties across London and the South East is to pay fines and costs totalling £30,000 after pleading guilty to a series of fire safety failings at an address in Palmers Green, North London.

Seven-year-old firm Harper Stone Property Ltd was taken to court following a fire four years ago in the stairwell of the apartment block which, although it did not lead to a loss or life, was a close call for its 20 residents including one who had to be rescued by the fire brigade from a window sill.

The fire broke out within the common stairwell of the ground floor of the four-storey block on 14th August 2016, spreading through the stairwell to the third floor and preventing residents from leaving via the main stairs.

Following the blaze, a London Fire Brigade (LFB) inspection of the property revealed several breaches of the Regulatory Reform (Fire Safety) Order 2005. This is a set of rules created out of the Regulatory Reform Act 2001 that requires any person who has some level of control of a premises to take reasonable steps to reduce the risk from a fire and make sure people can safely escape if there is one.

Inspectors found that property management firm Harper Stone had not assessed what aspects of the premises might pose a threat to the safety of tenants; that there were no emergency lights in the stairwell or common hallways; and that the flat entrances had not been fitted with fire doors.

“There was a fire risk assessment carried out for this premises but those responsible for the building’s management had failed to act on its findings,” says Dan Daly, the LFB’s Assistant Commissioner for Fire Safety (left).

“There’s no excuse for leaving people’s safety to chance, especially when information is so readily available to those with responsibility for safety in buildings to understand what their duties are and ensure they comply with the law.” 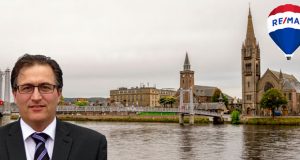