Homes in Scottish cities go under offer in just 27 days, compared to the British average of 56 days, according to new research by Zoopla. 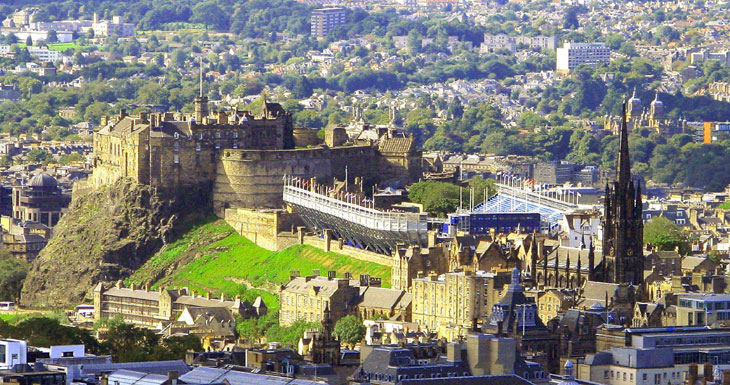 The property sales and purchase system in Scotland has long been hailed as more efficient than the rest of the UK – and now there is proof – Edinburgh and Falkirk have the fastest moving property markets in Britain.

Homes listed for sale in these areas take an average of just 27 days to go under offer, compared to the British average of 56 days, according to new research from Zoopla, having analysed home sales in the top 50 biggest towns to identify the most commonly sold property type and average price in each location.

On a regional level, Scotland and the West Midlands have the speediest property markets with the average ‘for sale’ listing going under offer in 42 and 46 days respectively. Homes in Blackpool take the longest to go under offer, with a comparatively slow average of 71 days, one day longer than property in London.

When it comes to property type, in Manchester a three bedroom semi detached property is the most sought after, with the average price of a three bed semi in the city being £196,514. In Bristol, a three bedroom terraced house is the most commonly purchased, selling for £280,851 on average. In London, two bedroom flats top the list, with the typical two bed flat priced at £610,439.

Annabel Dixon, spokesperson for Zoopla said, “Despite widespread reports of a subdued housing market, Brits may be surprised that it takes less than two months for the average British property to go under offer from the date it was first listed for sale.

“The key is to get your pricing correct, meaning the best way to sell your home quickly is to ask for its true value given the current market. Overpriced homes won’t shift and may have to be discounted and on the flip side nobody wants to sell for less than their property is worth.”