Research shows agents, conveyancers and surveyors have all enjoyed increased income as the housing market has taken off following Rishi Sunak's announcement in July.

The increase in house prices driven by Sunak’s stamp duty holiday has helped estate agents earn 14% more in fees, it has been claimed.

Quotes platform Really Moving says the stamp duty holiday has seen estate agents, conveyancers and surveyors earn higher fees as the market has been swamped by demand and prices have increased.

Before the stamp duty holiday the average cost of moving home was £10,911 but since Sunak announced the measure in July, it has dropped by nearly 40% or £3,000.

Really Moving CEO Rob Houghton (left) says: “The cost of moving has been steadily climbing for many years but the Chancellor’s giveaway has made it the cheapest time to move in decades for those buying and selling a property.”

Houghton’s comments are backed up by Propertymark, which say one in eight or 13% of all properties sold during August did so for more than their asking price, and OnTheMarket.com which says 89% of agents it polled said the stamp duty holiday had boosted their local markets.

Propertymark says August was the busiest for estate agents since 2007 and that year-on-year the number of homes marketed per branch is up by a third.

“Last month, we witnessed a boom in the number of prospective buyers following the government’s announcement of a stamp duty holiday, and it seems this is increasing the level of competition in the property market,” says Mark Hayward, Chief Executive of NAEA Propertymark (right).

“With the increase in the number of prospective buyers since this announcement, many buyers are clearly willing to pay over the asking price in order to secure their dream home.” 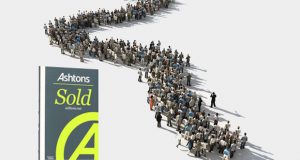 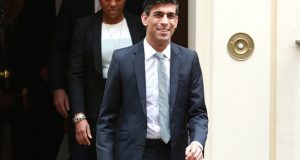 Is the housing market walking into stamp duty deadline disaster? 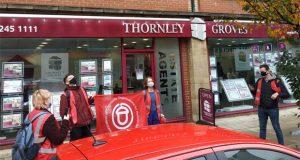