Housing committee ignores industry on damage bill may do to housing affordability and letting agent viability, and recommends smaller deposits, tighter rules on other allowable fees and harsher policing. 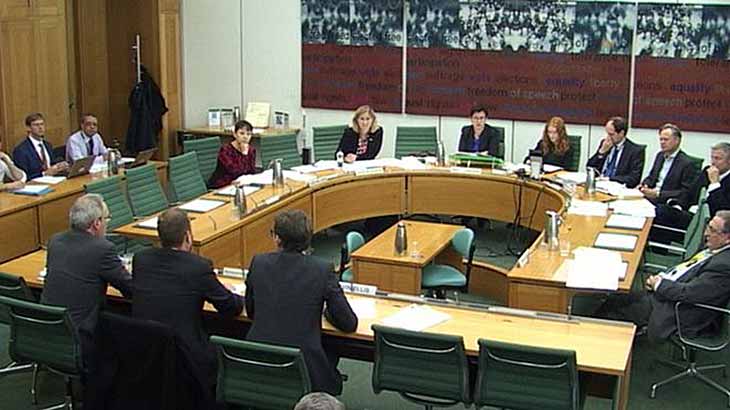 The Housing, Communities and Local Government Committee has spent the past month or more interviewing key industry and expert opinion to divine whether it will have its intended effect, and how water tight the legislation is.

“We believe however that there are clear improvements that could be made to the Bill that would ensure it has a much better chance of delivering on its aim of making renting fairer and easier,” says Chair Clive Betts (left).

The MPs have recommended that security deposits be capped at five weeks’ rent, not six, and that holding deposits should not be retained if a tenant fails a reference check despite providing accurate information.

“While it is positive that the Bill will be clarified to reflect that holding deposits can be paid to letting agents as well as landlords, not allowing agents to retain the holding deposit when a tenant fails the referencing check is both extremely unwise and very misguided,” says ARLA Chief Executive David Cox (right).

“This will result in agents only selecting the very best tenants to avoid the possibility of incurring costs through tenants failing referencing.

“Ultimately, this will reduce the availability of property for vulnerable tenants and families. The very people that the Government are trying to help most with this Bill are those who stand to lose the most.”

Tenancy contract default fees, which can be charged by agents, should be tightened up as well, the committee recommends.

“We also had concerns about how the law will be enforced. Funding enforcement through the retention of fines gives local authorities a perverse disincentive to proactively engage with lettings agents and landlords,” says Clive Betts.

“If councils are to be given this extra enforcement responsibility, they must either be given extra resources, or the maximum amount of civil penalty [should] be increased.”

The committee’s report also echoes previously made points which the industry has clearly not managed to persuade MPs on, including its effect on letting agents.

The Bill will improve both transparency and competition within the industry, its report says, and will “sharpen and increase letting agents’ incentives to compete for landlords’ business resulting in a more transparent market with lower overall fee levels and a higher quality of service”.

“A ban will also reduce the risk of unfair practices in the form of double charging … thus making the sector more competitive, more affordable and of a higher standard.”

The National Approved Lettings Scheme (NALS) disagrees. Its Chief Executive Isobel Thompson (left) says that “it is difficult to concur with the conclusion that fee ban increase will competition in the sector, we know many smaller agents will be forced to close or reduce staff”.