Accidents happen and damage is done, so, says Joanne Christie, all tenants need an inexpensive but protective insurance policy. 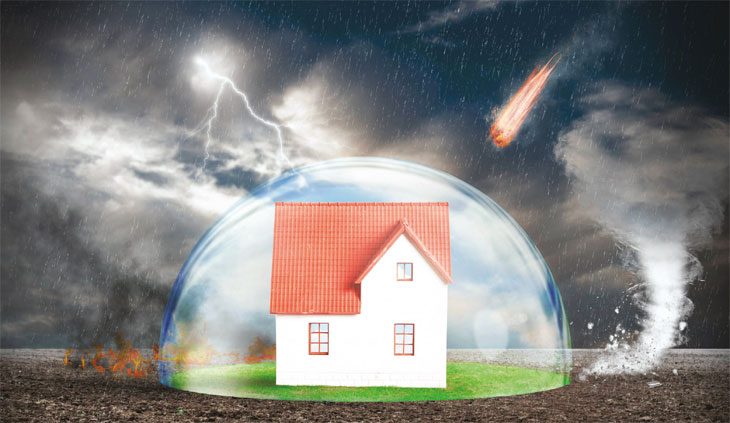 A recent study by Lloyds Bank Business Insurance Services discovered some rather unsettling facts about the things tenants are keeping from their landlords.

In a survey of 1,000 private tenants, 25 per cent admitted to having accidentally damaged the property and kept it to themselves, while another 25 per cent confessed to having blocked the sink or the toilet. The ‘tenant confessions’ study was aimed at educating landlords on the need for the right type of insurance but there’s a lesson in here for letting agents too, on the need to make sure tenants themselves take out the right insurances.

Nothing stays secret forever and it’s invariably at the end of a tenancy that accidental damage comes to light, but landlords sometimes face long delays getting funds to cover the damage from the tenant’s deposit and it isn’t always enough. To counter the risk of an unhappy landlord, many letting agents are now advising – sometimes even demanding – that tenants to take out tenants’ liability insurance, which typically covers accidental damage caused by a tenant to a landlord’s fixtures, fittings and furnishings.

James Greaves, Director at Jayman, a letting and sales agent in Lichfield, Staffordshire, says it is a condition of being granted a tenancy at his agency that the tenant is willing to take out tenant liability insurance, “Twenty-four hours before they move in they have to provide the certificate that it is in place or they don’t get the keys.

It is a condition of tenancy that all our tenants have liability insurance. If they don’t present a certificate 24 hours before, they don’t get the keys to the property. James Greaves, Jayman.

“The reason we do is because obviously they put down a deposit, which is say in the region of £800 to £1,000 in our area, but if the tenants puts down a hairdryer on carpet or a hot pan onto a work surface and it causes accidental damage, it can cost in excess of what the deposit is.

“When it comes to the deposit at the end there is a high level of dispute, but since we’ve made them take tenant liability insurance, they can claim on it for any damages and for such a small amount per year it means that if there is any damage the insurance policy takes care of it and they get their deposits back.

“Landlords like it because it is more security and tenants are accepting of it because they can appreciate that they are less likely to have any issue with their deposit at the end of it for serious damage.”

It’s a win-win for everyone it seems, including the letting agency, which gets a small commission when tenants take out the policies via its reference provider, Legal for Landlords, although Greaves says, “It’s the concept of it rather than the kickback,” that led the firm to adopt a strict policy on tenants’ liability insurance. 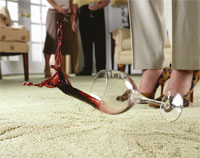 With tenant liability policies typically costing from £60-£80 a year, depending on the provider, the affiliate commissions agents are able to earn are admittedly lower than say, rent protection policies, says Tim O’Hara, Managing Director at Rent4sure, another referencing and insurance provider. “With the rent protection I think there is a greater interest because the letting agents are in a better position to monetise the rent protection policy than the tenant liability policy. We haven’t actually noticed, on the tenants’ liability side of things, a greater interest in the products yet because of the potential ban of letting agent fees but I am sure that should that ban come into effect, which I think everybody is expecting that it will, then once that happens agents will be looking at all the different products that they are able to monetise, whether that is £5, £10 or £100 — it is all going to contribute to that margin that they are going to lose on the fees.”

Dave Hadden, Head of Property at Endsleigh Insurance, adds that the fee ban is certainly already weighing heavily on agents’ minds. “Over half of letting agents are more concerned about the fee changes than when they were announced by Philip Hammond in the Autumn Statement last November, according to a poll we carried out at the ARLA conference in London. In fact, the majority of letting agents say that fees are their biggest concern for the next 12 months, over other issues such as increasing regulation.”

Indeed the fee ban was one reason behind Oxfordshire agent Breckon & Breckon’s decision to start asking all tenants to take out liability insurance, says Louise Passfield, customer service and training manager at the agent’s Oxford branch.

“Obviously it’s early days regarding the tenant ban coming into place and as a company we haven’t thought of all the different options as yet as to how we can increase our income but this does increase the income for the company. We are also looking at it as a way to protect the tenant’s deposit, which helps our property manager at the end of the tenancy.”

Although the commission may be small on account of the policy being low cost, on the other hand this does mean it’s an easier sell. “The policy is only £60 a year so we are not trying to sell an expensive policy, it is an affordable one so that is why I think we are getting quite a lot of tenants who are happy to take it because it is not a huge expense.

“We probably on average do about 30 to 40 lets a month company-wide and we have been doing this now for four months and we’ve only had two tenants who said absolutely ‘no, we don’t want this, we’re not going to get it’. Everyone else has been quite happy to go ahead with it.”

NEW OPPORTUNITIES ON THE HORIZON

While tenant liability policies may produce only small commissions, it’s possible the opportunity to earn commission from other tenant-related insurance products will grow in future if products such as Legal for Landlords’ Tenant Income Protection product take off.

Sim Sekhon, Managing Director at Legal for Landlords, says agents could earn up to £50 commission for a tenant protection product, an area the company decided to take its initial foray into recently following a request from a London agent who wanted to offer tenants the opportunity to pay a smaller deposit and amount of rent upfront in return for taking out an income protection policy.

“We’ve run trials for a couple of agents and so far these are going well. For example, one of the products is with Vitality. The average policy is about £30 per month for somebody on a salary of £40K. That will cover up to 65 per cent of their income and it will also give them benefits like two free Starbucks a week, 50 per cent off Virgin gyms and two free cinema tickets per month. The typical age of renter in London from our referencing statistics is 37. The typical 37-year-old who rents from us in London will go the gym, drink coffee and go to the cinema. So people have been taking it up because with a 50 per cent reduction on Virgin, the Starbucks and cinema tickets, the policy pays for itself.”

For agents in area with a pricey gym this type of policy could be an easy sell for some types of tenants, but before getting too excited, it’s important that agents remember that they need to be careful how involved they get in the insurance process or they risk falling foul of Financial Conduct Authority (FCA) rules.

To actually ‘sell’ insurance you’d need to become FCA authorised, however, there are lots of ways to refer clients or give them information on insurance without needing to do so. The problem is that FCA rules governing who needs to be authorised and at what level are somewhat vague and cover all industries, rather than being specific to letting agents.

The FCA says businesses should seek guidance from compliance experts or lawyers on whether their activities stray into areas that would mean they need to seek authorisation, although insurers dealing regularly with letting agents – typically agents’ reference providers are often also their go-to insurers and are highly experienced within the sector – should be able to advise on what activities you can safely undertake to stay within non-regulated activity.

Kim O’Donnell, Director at insurance and referencing provider Rentguard, admits that it isn’t a “black and white” area, but in a nutshell defines the situation as: “You need to be FCA authorised if you are involved in the sales process. That is it in its simplest form. The definition of the sales process is any involvement whatsoever in the sale other than handing over a leaflet or a referral. If you make a recommendation during that referral that can be deemed as being part of the sales process.”

Agents also need to be careful not to pressure tenants into taking insurance with their reference provider, says O’Hara. “While a letting agent or a landlord are quite within their rights to make it a condition of granting the AST that they have to have some type of tenant’s liability in place, they can’t insist which provider they take it out with.”

Insurance can be daunting from a compliance perspective, but given the benefits to letting agents – happier landlords, fewer deposit disputes and a healthier bottom line – it’s a business area that is becoming increasingly difficult to ignore.