Sign in or Sign up
The essential site for residential agents
Home » News » Housing Market » The best phrase in property details: “Close to Waitrose”
previous next
Housing Market

The best phrase in property details: “Close to Waitrose” 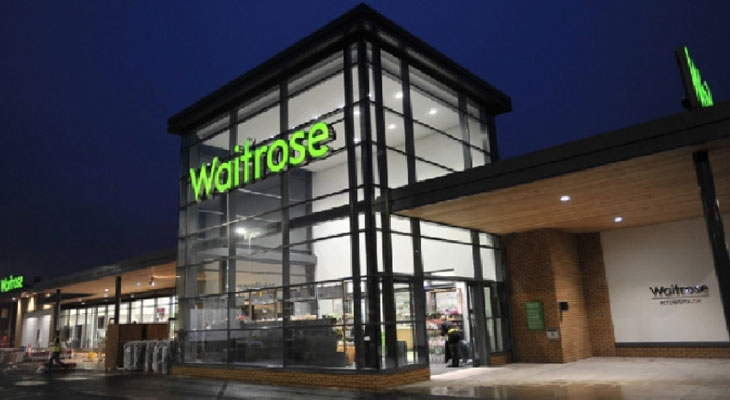 Estate agents are generally aware of their various local ‘attractions’, such as ‘2 minutes to the beach’ or ‘5 minute walk to the station’ but now, says Property Solvers, the best draw is the property’s proximity to a Waitrose store.

The average price of a property within 1/4 mile of a Waitrose store is £469,933 – or 107% above the national average. Voted as the best supermarket in a survey conducted by Which? earlier this year, Waitrose remains firmly positioned as one of the nation’s most well-recognised premium brands, with store appearance, staff, helpfulness and higher standards were all highly praised.

Property Solvers’ recent research took the average values of 24,874 property sales over the last two years within a quarter of a mile of one of the Waitrose stores across the country.
The data excluded 36 stores – those with no residential homes close by, such as Little Waitrose stores at petrol/motorway service stations and larger ones found in shopping/heavy commercial developments. It also excluded areas where no residential properties within the quarter of a mile radius were sold in the last two years, leading to a total of 315 stores analysed.

The figures were compared with average sold property prices within the same postcode area, using sold prices lodged at HM Land Registry (as opposed to asking or advertised prices).

Property Solvers’ data collection demonstrated that owning a property close to a Waitrose largely translates to it being significantly higher in value than the national average.

Co-founder, Ruban Selvanyagam said, “It comes as little surprise that Waitrose stores can be found in some of the most affluent areas including a prime central London, many parts of Surrey, Sunningdale, Henley-on-Thames, Beaconsfield, Windsor, Rickmansworth and Gerrards Cross.

“Prices are even higher when buying homes in the same postcode – i.e. beyond a quarter of a mile of a Waitrose.”

Selvanayagam added, “Although many Waitrose stores can be found in town centres and cities with varied demographics, any new store is unlikely to emerge in an area where the overall profile of the local population is at the lower end of the social class spectrum.”