The chain gang – conveyancing under pressure

In the post-lockdown ‘boom’ conveyancers are under massive pressure to deliver, but some are responding better than others, says Richard Reed. 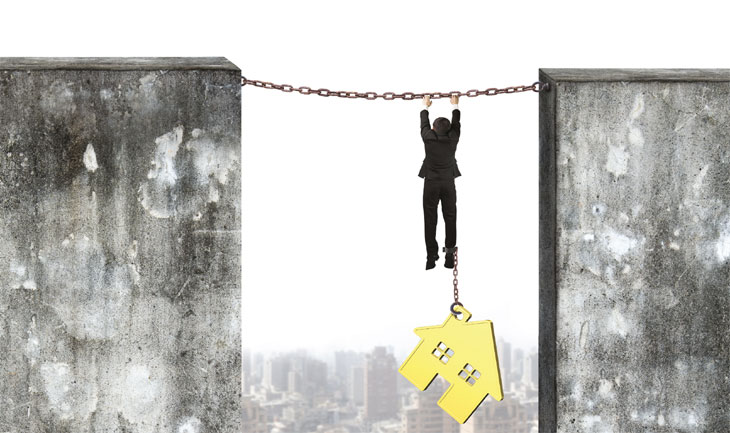 A massive post-lockdown conveyancing logjam is causing headaches for agents as they desperately try to keep sales on track. It’s been caused by the backlog of transactions already in the pipeline running up against the sudden surge in new sales – at a time when many solicitors still have most of their staff furloughed.

Experts say many legal firms are reluctant to bring staff back from furlough in case the current boom turns out to be just a bubble and sales head south next year as the country goes into recession.

Some believe the current chaos will accelerate moves to use technology to increase visibility in the conveyancing chain – though others point out that however good the technology, the solicitor will always be the weakest link.

“It’s a nightmare – it’s been like that for a good few months now,” says Carl Brignell, managing director of Elite Conveyancing.

“The volume guys were already stretched at the best of times; now you just can’t get through to any of them. Clients are being passed from pillar to post, and a lot of them don’t know if they are coming or going.

“Around May, when they were starting to allow people to move again, we just couldn’t get exchanges and completions through because you couldn’t get hold of people. That hasn’t really stopped.

“Demand is such they should be getting people back but they are not, because a lot of these firms have taken a big hit economically, so rightly or wrongly they are trying to save as much money as they can, but that has an impact on the service.”

Elite has been hiring lawyers as fast as it can to meet the phenomenal demand. “We put an advert out at the end of March as we thought there would be a lot of good lawyers out there looking for work, and since then we have been absolutely inundated,” says Brignell. “We have taken on four new lawyers in the last six weeks on a consultancy basis – we are constantly recruiting now.”

It’s a theme echoed by James Benger, director of Quote Legal, who says pre- Covid issues have been intensified by the lockdown.

“It’s created a perfect storm within some law firms – more your old school, high street firms. The majority of them have been very slow to bring people back from furlough so the caseloads for the existing staff have been much too big for them to manage, and that has resulted in frustrations right through the chain.”

He explains, “The previous problems with those high street firms is they never proactively chased the client or assisted them, particularly on a sale – when they send out the instruction pack and they have to fill in lists of fixtures and fittings and property information forms, that can be quite daunting for the client, especially if it’s the first time they’ve sold or they haven’t done it for 10 or 20 years.

“The client at that point very rarely knows the urgency of getting those forms back, because without that, the draft contract pack won’t go out to the buyer’s solicitors.”

Benger thinks some solicitors are “looking after number one”.

“What they are not doing is supporting those estate agents who have given them a lots of business for many years. Instead of looking up and saying, ‘We are going to do what we need to do to get people back in to get these transactions to happen’… a lot of them are saying, ‘We will see how this goes and we are not going to be taking the financial hit’.”

He believes sales progression tools have limitations because they are never updated in real time – “You might a text or email to say a mortgage offer in but there’s always another question”, he says.

“A lot of firms are looking to speed things up but you will always hit a brick wall with certain solicitors. Estate agents need to be more selective about who they work with. Why should we be dictated to by a practice that is 10-20 years out of date when there are law firms that are doing things so much more quickly?

“I think this really is a time for agents to reflect – which law firms out there are doing the job best for us and best for our clients?”

Benger says agents should work with conveyancers who have established a good track record and steer buyers towards using them, rather than letting them go off and find their own solicitor.

David Jabbari, CEO at Muve Conveyancing, agrees Covid has created a maelstrom in the property sales pipeline, with new instructions at the firm running 500 per cent over budget in June and July.

He says the situation has proven to be a “moment of truth” for conveyancing.

“Instructions are going mad but transactions face roadblocks. This is due to blockages still in the system around things like searches, law firms not unfurloughing quickly enough, valuation backlogs and the withdrawal of higher LTV mortgage products.

“Traditional firms are struggling to get back up to speed post-Covid due to a lack of access to capital and a consequent inability to scale up. They are short of cash post-Covid, unable to finance any expansion in work in progress, and so many are ‘shutting up shop’ to new work.

He points out that Muve, in contrast, is investing in additional sales and lawyer capacity following £1.1m in new investment in April, and has been able to cope with the “massive” increase in instructions.

Jabbari does believe technology will increasingly be used to speed up the legal process. “Conveyancing is ripe for great change,” he says. “We have seen some positive, albeit too slow, moves from the Land Registry to move to e-signature for key documents. Covid has shown that conveyancers can work effectively on a virtual basis if they have digitised key information, such as the property information forms, something we did two years ago.”

He says firms need to go a lot further, however, and Muve is working on a series of initiatives aimed at shrinking the time from client on-boarding to exchange.

Peter Joseph, CEO of The Moving Hub agrees there has been a major problem on the conveyancing front. “I sadly don’t think that our industry has coped well at all with the outbreak,” he says.

“Most of the property market is led by a perception that it needs to be face to face; viewings, floor plans, seeing your estate agent and sitting in front of a conveyancing solicitor to handle the legal side. I’m not saying all of this shouldn’t be face to face, but so much can and now should be done online to save time, money and improve efficiency.”

Our conveyancing platform not only saves our clients money, but it’s fully transparent in showing our clients exactly what’s happening on their instruction. Peter Joseph CEO, The Moving Hub.

He added, “Mortgage advisers are working closer now with agents to bridge that gap between agent and conveyancer and we and others are working on tech to smooth the data sharing between us all which can only help to speed things up.

“Our conveyancing platform not only saves our clients money, but it’s fully transparent in showing our clients exactly what’s happening on their instruction but also speeds up the process, which will mean in some cases it will hold a chain together that would otherwise fall apart.”

Sales progression tech firms understandably believe technology is the way to speed up the process – and will highlight where logjams are occurring.

Jon Horton, product director at Mio, agrees that many conveyancers “weren’t nimble enough to adjust and adapt to the market suddenly opening up and the unexpected influx of work, and they’ve been caught out”.

Agents need to view it with a fresh set of eyes and not keep harking back to how they’ve always done it – because that’s why their pipelines are turning over so slowly. Joe Horton, Product Director, Mio.

But he says platforms such as Mio offer a completely new way for agents to progress the sales chain. “The reason why people are ringing around is because everything is in a ‘silo’ at the moment.

“Agents need to view it with a fresh set of eyes and not keep harking back to how they’ve always done it, because that’s the reason their pipelines are turning over so slowly. None of it is joined up – they are all working in their own little bubbles.”

Horton explains that Mio allows agents to build a complete overview of the chain, and how it is progressing, providing the agent on the other side of the transaction is also using the software.

“We are starting to use validated data feeds from people like conveyancers and surveyors, feeding into Mio to say we have completed this milestone, or that milestone, and that negates the need for an agent to ring the conveyancer to get an update as to what is happening.”

Proptech company Coadjute has taken a leap forward and harnessed the power of blockchain – the software that underpins Bitcoin and other cryptocurrencies.

Blockchain uses what is known as distributed ledger technology to create a live, secure, continuously updated public record of every transaction in a process. Every time an event occurs – such as a search coming back or an information pack going out – it is automatically recorded in the blockchain via a simple piece of software that is linked in to existing case management software.

“What Coadjute is bringing to market is a network that will connect the estate agents, the conveyancers, the brokers, the lenders, the surveyors – all parties,” says CEO Dan Salmons. “The effect of that is that everyone can see in real time when someone else updates their system.”

He says the big difference to other sales progression tools is they require everyone to be using the same software. “The difference with Coadjute is the connectivity behind it will connect into the back of all the systems that people are already using and enable them to see what is going on in real time on other people’s systems.”

Sohail Rasheed, co-founder of ViewMyChain, agrees change is in the air and says there will be “winners and losers”.

“There will be an increased amount of process that can be automated – whether it’s in a timescale that people want is another matter.”

It seems there will be no immediate relief for agents as far as the current conveyancing logjam is concerned, but as with many other areas of life, Covid – and the government’s reaction to it – has accelerated change that might otherwise have taken years to unfold. 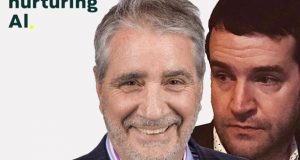 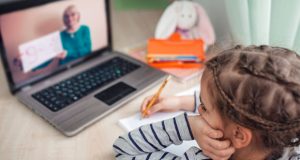