Well-meaning regulation to cut the carbon footprint of homes, rented or owned, is a looming catastrophe for the property industry, says Nigel Lewis. 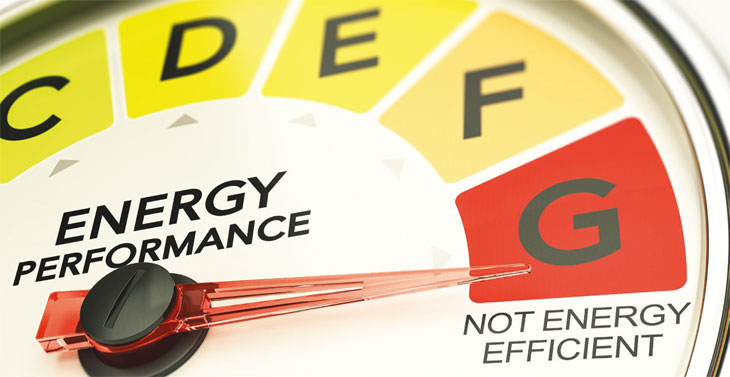 You may have watched some or all of the Chancellor’s bombastic budget statement in the Commons last month and clocked his decision to remove VAT from the expensive eco-friendly equipment most home owners and landlords will need to install in the coming years to help the UK reach ‘net zero’.

On paper the VAT cut looks like a good idea. Solar panels for an average house will be about £1,000 cheaper than before the budget, with comparable cuts for heat pumps and other green equipment.

These changes will last for five years, hopefully enough time for home owners and landlords to upgrade their homes. But more about that in a moment. Rishi’s VAT cut was welcomed by many commentators and got cheers all round from the MPs packed into the chamber on Budget day. The solar panel industry is also ecstatic, having lobbied for this change to VAT for several years.

But as anyone working on the ground within the property industry will tell you, it’s merely green papering to cover some chasm-like cracks within both the private rental market and residential sales market.

To put it dramatically, two large trains will soon be steaming at full speed towards the industry. One is the need for landlords to ensure their properties obtain an EPC certificate of at least a band C by December 2025 or December 2028 depending on when their latest tenancy contract started.

The other is that home owners and their estate agents will be prevented from selling their properties if they have not achieved a band C by 2035, as the current proposals stand. It is clear that landlords have realised what’s about to hit them, mostly because the deadlines for rented homes are nearer.

One property manager I recently spoke to in Essex, who otherwise is a bright bulb of optimism on most things, said that without serious government financial aid to help him upgrade many of his 100+ properties, he would be forced to sell up. But while he said that it would change his business, it would be just about do-able because many of the properties he owns have significant amounts of equity within them after ten years of strong house price growth in Essex.

But he wondered out loud to me what will happen to landlords in areas with low property values such as in Wales or the NE of England where the £15,000 cost of getting these properties up to EPC band C would constitute in many cases a large slice of their overall value. The loans required to pay these costs would wipe out much of the rent collected for these properties. This is why experts have pointed out that Rishi’s VAT cut is too little too late following the Government’s disastrous Green Homes Grant debacle.

Government ministers have previously said that small landlords quitting the sector may be a good thing, lowering prices for first time buyers and helping to professionalise the private rented sector. That may be true. But it only pushes the EPC problem further down the line.

As mentioned, private homes will have to attain an EPC band C by 2035 so those first time buyers snapping up former rented homes will face the same financial challenge, albeit seven years later.

This is a major housing and political car crash waiting to happen. Unless the government does something to change the EPC system, which concentrates too much on energy bills and too little on environmental impact, or digs deep to give home owners huge grants or subsidised loans, then the property market will eventually grind to a halt.

One agent pointed out to me that most of the stock her company in Leeds sells would require gutting in order to reach band C.

This is because the homes are Victorian and largely single-skinned so there’s no-where to inject insulation and, therefore, walls will have to be skinned internally instead. Can you imagine the huge upheaval this will cause across the UK as some 15 million homes (according to the Halifax) are upgraded The consequences of these looming EPC rules both for landlords and home buyers are already kicking in, despite being years away as the financial world begins to bake-in the likely future effects of these EPC changes. For example, lenders are already charging more for mortgages for properties that are below a band C. The public, and I suspect many estate agents, just haven’t woken up to this impending upset.

Recent research by NatWest revealed that of the factors surveyed, consumers placed EPC rating as the third least important factor they considered when they last bought a home, and more than a quarter of homeowners say they have no plans to make any sustainability improvements to their home over the next ten years.

Talk to any expert in this field and all these factors will, unless changes are made that are a lot more radical than a VAT cut, carnage will ensue.