Why there’s nothing to fear from online estate agents

And in the truest sense of the term, all agents are 'online agents', says digital marketing expert, Nelly Berova. 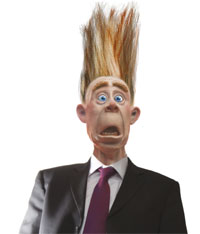 It’s been a tough year for the so-called ‘traditional’ estate and letting agent, especially those in London.

Brexit, stamp duty rises, tax changes for landlords, and business rate hikes are affecting the market. The number of estate agents fighting for the same business has increased, as the community of online estate agents has more than doubled in size over the past 12 months.

Fewer properties are coming onto the sales market, and there are more properties to let but fewer tenants able to pay the asking price. Consequently, many ‘traditional’ agents may struggle to attract enough business to make a decent profit.

As the portals’ influence grew, agents became more reliant on them, failing to invest in other forms of marketing.

Some agents I have spoken to recently say the best plan of action is to stay put, reduce outgoings, and wait for the storm to pass. But will it?

Twenty years ago, a ‘traditional’ agent would open an office on a high street in an area they want to cover, hire a few negotiators who would be paid a wage and commission, and advertise in local newspapers.

On average, all agents competing in a specific area had enough market share to make a good profit. Each agent would charge a similar commission, so there was no real competition by price. Anything from 1.5 -2.5 per cent was the norm, and no one would question it. Becoming an agent didn’t require specific qualifications, nor a massive upfront investment. A good high street presence was necessary, but the rest was down to sales technique and relationship building.

The internet has brought positive change for agents. Instead of sending letters by post or relying on the phone, agents can email clients, while record-keeping has become easier with the introduction of CRM systems. This means a quicker response and less time investment. Then came the online portals, where the likes of Rightmove, PrimeLocation and Zoopla grew in influence, fuelled by major investment backing. These portals allowed agents to reach more people than print publications.

WHAT ABOUT THE MARKET?

Property prices have more than tripled in the last twenty years. The market crashed in 2008, but recovered relatively quickly. Overall, many agents made more profits after the crash than any other year before. In 2014 and 2015 many property prices in London went up by 15 per cent year on year. There was more demand than supply, and business was booming, but as technology brought benefits to estate agents, it also attracted new players – ‘online’ agents – estate agents who understood the impact technology had on consumers and the power of digital marketing.

Everyone’s an online estate agent now and if they are not, they should not be in business today. In my view they are all agents. What sets them apart is their proposition, their point of difference.

Meanwhile, the portals provided a great service, though some estate agents eventually felt trapped to pay their fees. As the portals became more influential, taking a large chunk of the market share, agents became more reliant on them, while failing to invest in other forms of marketing. To be listed on the portals, you had to be an agent. Why should agents do anything else if this is enough to bring in new applicants?

It encouraged new businesses to open doors with a fresh proposition. They identified a gap in the market. Why should homeowners pay high commissions only to be listed on a portal? For a low fixed fee, they would put the property on all the portals, saving the customer a fortune.

The consumer also had more choice – choice, which the traditional agents never wanted to give. For an extra fee, the ‘online’ agents could provide professional photographs, EPCs, floor plans, and arrange viewings. For the first time, the consumer was in charge.

Where does this leave the ‘traditional’ agent?

Some ‘traditional’ independent agents have lost control of their market. A high street presence counts for less these days, but it costs a lot. Having their properties listed on the portals is no real selling point. Being ‘well-established’ counts for nothing if the consumer feels they get little in return. With a lack of investment in anything else, many ‘traditional’ agents have outdated websites, no real point of difference, and no idea how to attract new customers and keep them. Some of these agents are now reducing their commissions to win new business, which further devalues their proposition.

Is there a solution? Yes, but it’s a tricky one for agents to swallow. If you do nothing, hoping for things to return to how they were before the current storm, it might be time to sell your business and move on. The market has changed; consumers want more. To survive, agents must embrace change and do what the market demands:

Besides having a different name, there is not much that sets ‘traditional’ agents apart. They all charge a percentage commission, put properties on the portals, take professional photographs, do floor plans and EPCs, and handle viewings. This is no longer enough to attract a consumer who can pay a £500-£900 one-off fee for the same service.

Many agents have now started, voluntarily, to lower their fees. Recently, three local agents valued my house. The valuations were similar. Each showed me examples of what has sold recently in my area, and they all said they charge between 1-1.25 per cent. One of them, after revealing their fees, said it is negotiable. This puzzled me. Did this agent want me to pay 1.25 per cent, but if I didn’t want to, they would lower it? Why would I want to pay 1.25 per cent to begin with? This immediately put me off using this agent.

Not one of them told me they would do anything differently from the other, and no one asked what I wanted from their service, or what would make me chose them.

SO, WHAT DOES MATTER?

There is no such thing as ‘online’ agents. All agents are online and if they are not, they should not be in business today. Let’s forget the term ‘traditional’ agent or ‘online’ agent. In my view, they are all agents. What sets them apart is their proposition, their point of difference.

Let’s imagine there are homeowners, buyers, tenants and landlords on one side, and the agents, who help them sell, buy, rent or let properties on the other.

Ask yourself, as an agent, what is your goal? Obviously, it is to make a profit, but how can you make each customer’s life better? What service can you offer which adds value to your customer?

It’s not all about price. You can choose to compete on price, but that is not a battle you will win. There will always be a cheaper offer. Lowering your commission is not a point of difference – it only says to your prospect that your service is not worthwhile.

Foxtons charges three per cent in commission for sole agency. But why would people pay three per cent for virtually the same service as all other agents? Because Foxtons has a point of difference. They claim they will sell a property for a higher value than any other agent. They understand what matters to a seller – it’s not a low commission, it’s as high an offer as possible. Whether this is possible or not is another matter. Their point of difference is that they aim to sell a property for the highest price. It works.

I’d also like to mention a new player on the market, Nested. Their point of difference is offering a guaranteed minimum price and a guaranteed timeframe. If they don’t sell the property in 90 days, they’ll give the vendor 97 per cent of their valuation figure, and continue selling the home. If it sells for more than the Guarantee amount, the vendor gets that too; if it sells for less, Nested will take the loss. This is a great offer for sellers in a chain. A vendor might need to sell within three months to complete on their purchase, and Nested gives this guarantee, effectively putting them under offer from the day they list. The fee for their service is 2-3.4 per cent. This might be the highest commission charged in their area, but if someone wants a guarantee, they will pay more for the service.

Personally, the more I get from a service, the more value and benefits I am offered, the more I would expect to pay. If all I want is to list my property on the portals, I will go to an agent which offers me this for the lowest price. But if I want a more personal service, perhaps by a senior agent, I would expect to pay more for their time and expertise. It’s like going to the hairdressers. You can book a junior stylist and pay a lower fee, or book a senior stylist and pay more. The hair will still be cut, but the results will likely be better if cut by a senior stylist. My experience might be better too.

So, what does your agency offer to your clients that’s worth paying more for other than portal listing? Is it speed? Peace of mind? Convenient viewing hours? A guarantee?

Without a point of difference, you are just another agent competing on price, and that’s not enough if you want a profitable business now and in the future.

To help you define your point of difference, click here to fill in a free questionnaire to help you in the process.